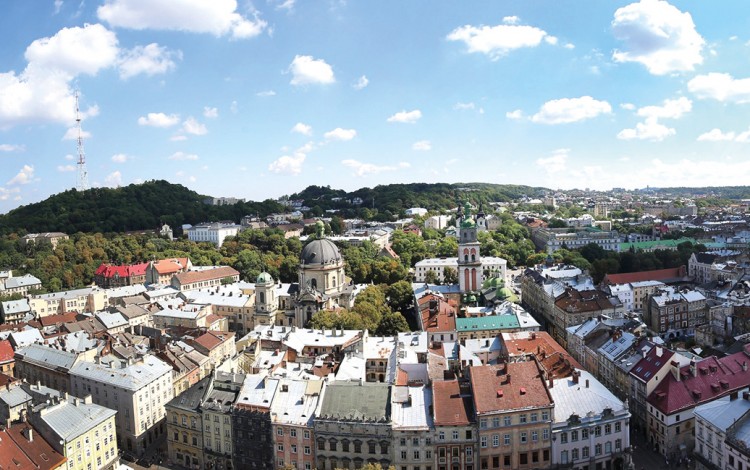 Historic Lviv is fast emerging as Ukraine's most attractive FDI destination thanks to a combination of business-friendly local authorities and close proximity to EU markets. Austrian companies benefit from the familiarity of a shared Habsburg heritage
Markian Malskyy

Austria has a special place in the hearts of West Ukrainians. While modern Ukraine and Austria do not have a common border, West Ukraine was once part of the Vienna-based Habsburg Empire. This shared past has created synergies in the present that help to make the region a popular destination for Austrian investment.

Many of the characteristics most commonly associated with today’s West Ukraine are rooted in the region’s Habsburg heritage. The comparatively liberal nationality policies of the Empire in fields such as education, culture, and local affairs played a major role in the preservation of Ukrainian identity throughout the western regions of the country at a time when it was coming under attack elsewhere.

Business ties between Austria and West Ukraine stretch back centuries and have enjoyed a new lease of life since the fall of the Iron Curtain. Numerous institutions are currently working to foster closer bilateral business ties, including the Honorary Austrian Consulate in West Ukraine. Variously viewed as a platform for cooperation, an institution for rights protection, and a networking platform, the Honorary Consulate seeks to bring Austria and West Ukraine closer. As the Honorary Austrian Consul in West Ukraine, I have responsibility for six regions: Lviv, Ternopil, Ivano Frankivsk, Volyn, Rivne, and Zakarpattia. This role is both a great honor and a major responsibility. My professional background as an attorney specializing in international law is particularly relevant as I seek to strengthen bilateral ties. For many years, much of my legal practice with Arzinger law firm has focused on protecting the rights of Austrian investors in Ukraine, structuring Ukrainian-Austrian business relations, and supporting Austrian clients in real estate transactions, financing deals, migration and other matters.

Western Ukraine boasts numerous objective advantages that make it an attractive investment target. Broad improvements to Ukrainian legislation are helping to improve the business climate throughout the entire country, but there are geographical, economic, social and other factors that make West Ukraine particularly appealing.

Lying at the crossroads of historic trade routes, West Ukraine has long been one of the great gateways to Eastern Europe and beyond. This has helped to make the region attractive to Austrian companies seeking to expand their international reach. Well-developed road, rail and air connections link West Ukraine to Austria and other Central European hubs.

Human resources are an integral part of the region’s economic appeal. West Ukraine can offer investors access to a workforce with high levels of university education and experience working or studying internationally. The historic diversity of Western Ukraine, coupled with its crossroads status, mean that language proficiency is excellent. The region’s skilled workforce is highly cost-competitive with some of the lowest average salaries in Europe. Unsurprisingly, international ventures involving everything from manufacturing and agriculture to call centers and R&D departments are present across West Ukraine.

Historic ties to Central Europe are also evident in West Ukraine’s famously European approach to business and local governance. Many international investors cite this as a key advantage. It certainly helps to make Austrian investors feel comfortable. The region’s typical Habsburg architectural styles add to this sense of Mitteleuropa familiarity.

Unlike most other European countries, Ukraine still represents the chance to tap into relatively unoccupied or underexposed internal markets in a wide range of niches. When combined with West Ukraine’s quintessentially European credentials, this allows the region to offer investors the best of both worlds. Leading investment segments include financial and insurance services, manufacturing and printing, mechanical engineering, real estate, transportation, storage, and retail. With Ukraine seeking greater energy independence, alternative energy is being widely tipped as an investment opportunity. It is also impossible to ignore the region’s internationally acclaimed IT sector, which is mushrooming across West Ukraine and becoming a major engine of economic growth. Close proximity to the EU coupled with a highly skilled workforce and competitive costs make West Ukraine one of Europe’s most dynamic IT environments. Tourism is among West Ukraine’s most attractive prospects. With tourist numbers rising steadily each year, related businesses including everything from hotels to leisure activities have a good chance of securing attractive returns.

Close to the EU and far from the conflict zone in the east of the country, West Ukraine is widely recognized as Ukraine’s most attractive investment option. Austrian investors have long been in the vanguard of the region’s international economic development. This trend will gain further momentum as Ukraine’s European integration continues.

About the author: Markian Malskyy is Honorary Consul of the Austrian Republic in Lviv and a Partner at Arzinger law firm where he serves as Head of West Ukrainian Branch