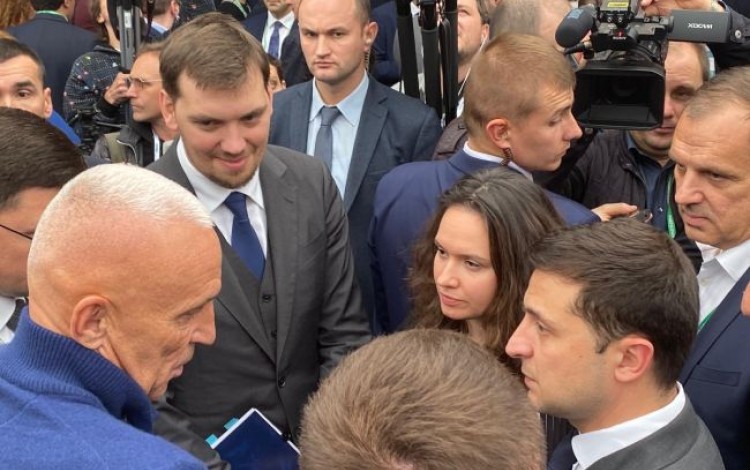 DCH Group president Oleksandr Yaroslavsky has confirmed his readiness to invest USD 100 million in the construction of a new airport in Donetsk following the reintegration of the city. The Ukrainian businessman was speaking on the sidelines of the 29 October “RE:THINK. Invest in Ukraine” forum in Mariupol, held at the initiative of President Zelenskyy with the aim of highlighting investment opportunities in Ukraine and the regeneration of the Donbas region. During the event, Yaroslavsky discussed his proposal directly with President Zelenskyy.

He also outlined his expectations for the beginning of work to modernize Dnipro International Airport. The DCH president hopes the construction phase of the project will start in spring 2020. “The most immediate priority is the reconstruction of Dnipro International Airport,” Yaroslavsky said in Mariuopl. “I hope that as part of a public-private partnership, we will be able to begin building work next April. Overall, we expect the project to take two and a half years to complete. The end result will be a new airport with an annual capacity of four million passengers.”

The investment forum in Mariupol was a flagship event organized at President Zelenskyy’s personal initiative. It attracted over 700 participants including top government officials, diplomats, representatives of Ukraine’s biggest companies and the international business community, along with investment funds and a host of international financial institutions such as the IFC, World Bank, and European Bank of Reconstruction and Development.

Yaroslavsky’s DCH Group has a successful record of airport upgrades thanks to the modernization and operation of Kharkiv International Airport. Since managing the complete reconstruction of the airport ahead of Kharkiv’s role as one of four Ukrainian host cities during the UEFA Euro 2012 football championship, DCH Group has overseen the development of strategic partnerships with major international airlines and the expansion of Kharkiv airport’s role as an international gateway to the region. In early October 2019, the airport welcomed its millionth passenger of the year, establishing a new annual record.

Plans for Dnipro International Airport envisage the construction of new terminal facilities and a 3200m runway that will allow the airport to accommodate aircraft of all sizes including the Boeing 777. The new-look Dnipro airport will incorporate the latest flight technologies and will be able to handle up to four million passengers per year.