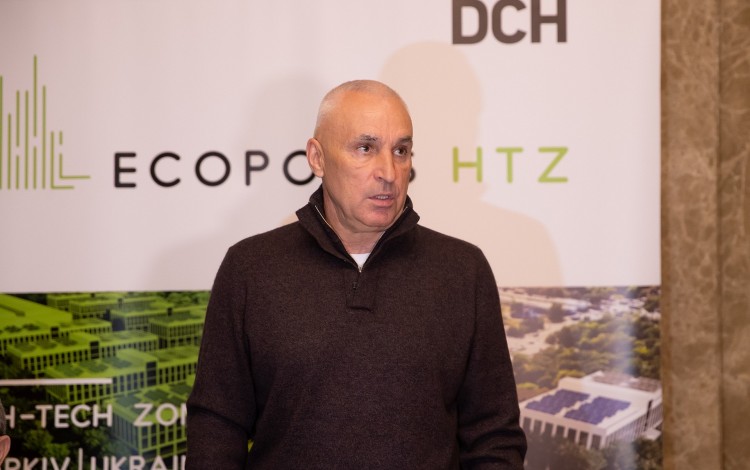 Oleksandr Yaroslavsky’s DCH Group and China’s ZTE Corporation signed a Memorandum of Cooperation on May 14 that will see the Chinese telecommunications giant become the first company to sign up for Kharkiv’s ambitious Ecopolis HTZ high tech zone. In line with the memorandum, ZTE will establish an office, R&D center, and production facilities at Ecopolis HTZ in the eastern Ukrainian city.

Yaroslavsky extended his thanks to the management of ZTE for their interest in the Ecopolis HTZ project and spoke of his confidence in a fruitful partnership. He also expressed hopes of expanding the Chinese presence at the tech zone. “I’d like to see more Chinese companies join ZTE, including brands like Jack Ma’s Alibaba Group. Jack is a great friend of Kharkiv and supporter of Ukraine. I was able to bring 150,000 coronavirus PCR tests to Ukraine thanks to Jack,” he recalled. In autumn 2019, Jack Ma visited Kharkiv and spoke to students of Kharkiv National University together with Yaroslavsky, who holds an honorary doctorate from the university.

Kharkiv Mayor Hennadiy Kernes also participated in the May 14 video conference meeting with the city’s Chinese partners and confirmed that the municipal authorities are providing comprehensive support for the Ecopolis HTZ project. Kernes thanked Yaroslavsky for his long-term engagement in the development of the city and invited Jack Ma to return to Kharkiv in order to participate in a major IT and high tech forum the municipal authorities are planning to host in partnership with DCH Group. "We invite Jack to join us in Kharkiv," commented Mayor Kernes. "We are in his debt for all the help he has provided to the city together with Oleksandr Yaroslavsky during the current pandemic. At the most difficult time during the early stages of the crisis, he gave Ukraine 50,000 PCR tests, with our region receiving 5000. We look forward to welcoming him again to reflect this status."

Liu Jun of the Chinese Embassy in Ukraine said the partnership taking shape in Kharkiv was promising. “ZTE is one of the leaders in the Chinese high tech sector, and DCH is among the largest business groups in Ukraine, while the city of Kharkiv has a long history of innovation,” he noted.

Meanwhile, in his official comments, ZTE Corporation Vice President Xue Bin emphasized how closely the Ecopolis HTZ concept fits with the corporate vision for ZTE’s further evolution. “It is a great honor for ZTE to join the Ecopolis HTZ innovative business ecosystem. The central themes of this initiative are efficiency and high tech development, which are closely in tune with the key goals of ZTE in Ukraine and on global markets.” ZTE Ukraine Director General Mingxi Huang echoed these sentiments and underlined the Chinese company’s readiness to share its expertise in the implementation of Smart City digital transformation projects in Kharkiv.

The Ecopolis HTZ high tech zone is a diversified business park currently being developed by Yaroslavsky’s DCH Group on the site of Kharkiv Tractor Plant. This one billion US dollar investment is expected to create at least 10,000 new jobs and will feature an industrial park, medical center, logistics complex, and agricultural tech cluster as well as R&D and educational elements.