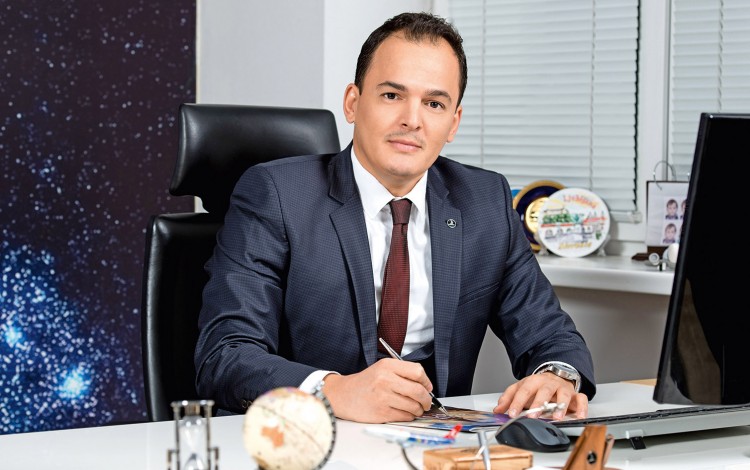 Turkish Airlines is one of the largest international carriers on the Ukrainian aviation market. The airline first launched its Ukrainian service in 1993 and currently offers more than 50 flights per week from six Ukrainian cities (Kyiv, Odesa, Kharkiv, Lviv, Zaporizhia and Kherson). It is the only foreign carrier operating from Kyiv on the wide-body A330 aircraft. Business Ukraine magazine spoke to Turkish Airlines General Manager for Kyiv Dincer Sayici about the airline’s expansion in Ukraine and the enhanced international travel opportunities presented by the advent of visa-free EU travel for Ukrainians.

Has the decision to introduce visa-free EU travel for Ukrainian citizens since June 2017 had any impact on the Turkish Airlines business in Ukraine?

Turkish Airlines is the number one airline in Europe in terms of flight destinations, so the arrival of visa-free EU travel has positively influenced demand for our services in Ukraine. Moreover, in July we offered our new “Stopover in Istanbul” product to the Ukrainian market. This new service allows passengers to stay overnight in Istanbul for free while traveling from Ukraine via Istanbul to more than 50 countries worldwide including EU countries such as France, Germany, Italy, Holland, Spain and more.

Beyond Kyiv, which Turkish Airlines regional routes in Ukraine have proved the most popular?

As the county’s capital city, Kyiv is a very attractive destination for both businesmen and tourists. At the same time, each our Ukrainian destinations offers its own unique features and potential. For example, Lviv is well known for rich historical heritage and Odesa is famous for its summer tourism potential, while Kharkiv is a major student city. Therefore it is difficult to identify the most popular destinations. As an airline, we try to promote our Ukrainian destinations as much as possible, highlighting different activities via articles in our Skylife onboard magazine while organizing press trips for foreign journalists and others.

With flights from six Ukrainian cities, we are currently the biggest foreign carrier in Ukraine in terms of the quantity of destinations. Despite the difficult situation in Ukraine during the last four years, we have launched a number of new routes including Kherson in 2014, Zaporizhia in 2015, and Kharkiv in 2017. Our main priority at present is to increase flight frequences from existing destinations, especially Kyiv, Odesa and Lviv in order to provide more global connections to our passengers to and from Ukraine within our international network.

Which global destinations are most popular among Ukrainian passengers flying via the Turkish Airlines hub in Istanbul?

Istanbul is a “natural” hub that allows passengers to reach more than 80 destinations within just three hours. Ukrainian passengers choose Turkish Airlines not only for business reasons, but also for leisure. The popularity of each specific destination depends on the purpose of travel. Generally speaking, Turkish Airlines flights from Ukraine to the USA, Europe, Africa and Asia enjoy virtually the same levels of demand among our Ukrainian passengers.

As more international airlines enter the Ukrainian market, how do you plan to maintain your leading market position?

We are one of the longest established and most experienced foreign airlines on the Ukrainian market providing high quality service in combination with a flexible price policy. We are planning to maintain our leading market position by using the power of our wide and rapidly expanding flight network.