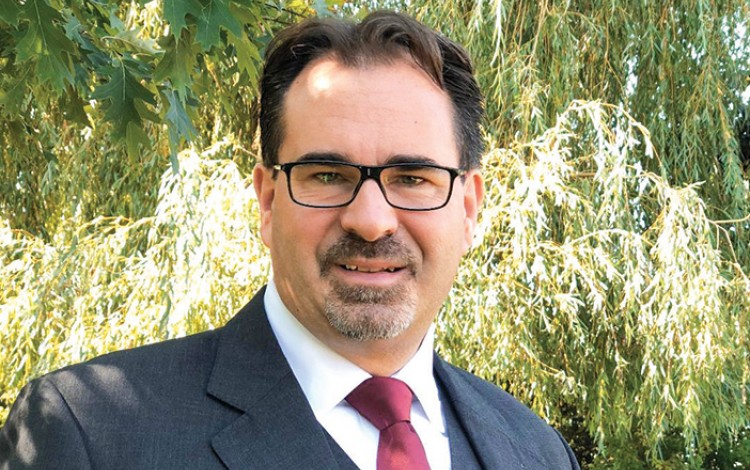 About the interviewee: Andrej Lushnycky is president of the Ukrainian Society of Switzerland and Honorary Consul of Ukraine in Switzerland
Business Ukraine magazine

Andrej Lushnycky is a key figure on the Ukraine-Switzerland relationship and in autumn 2018 received the Swiss Embassy’s annual Tell Award in recognition of his contribution to bilateral relations. He spoke to Business Ukraine magazine about his efforts to strengthen ties between the two countries and explained why the increased media coverage of Ukrainian issues in recent years has helped Swiss audiences to overcome longstanding stereotypes and gain a better understanding of the real Ukraine.

What is your connection to Ukraine and what are your current roles in Switzerland?

Like many older generations of the Ukrainian diaspora, my family originally came from western Ukraine. This was the post-WWII period and they were fortunate enough to have had Austrian and Polish documents, so they were not forcibly returned to the Soviet Union (i.e. to the Soviet gulags) following their internment in DP camps. After having spent time in the US and Italy, I arrived in Switzerland almost 30 years ago. It has since become home for me with my wife, children, friends, work and advocacy here. I have the honor to serve as president of the Ukrainian Society of Switzerland and as Honorary Consul of Ukraine in Switzerland. In addition to my community work for Switzerland and Ukraine, I am also the Executive Director of the American College Program at the University of Fribourg. I am also in the service of the Interfaculty Institute of Central and Eastern Europe at the University of Fribourg as the Senior Associate on Ukraine.

How have perceptions of Ukraine evolved in Switzerland since the 1990s and what have been the most resonant events in this process?

Ukraine is now a known entity throughout most of the world. Previously it was an alien and unknown land, seemingly too distant and too foreign for anyone to care about. Nowadays, everybody I meet who travels to Ukraine comes back enamored by the people, the landscapes, the culture, the cuisine, and the perceivable sense of renewal of an ancient yet modern values-based European society. The Revolution of Dignity was the most resonant event in recent years. The events in late 2013 and early 2014 in Kyiv and across Ukraine generated an outpouring of support for the country from people throughout Swiss society. The Holodomor (manmade famine in 1930s Ukraine) is becoming a more closely examined topic in Swiss schools. Most Swiss are horrified when they learn that such a tragedy took place and that it remained censored for so many years. Much like Ukrainians, Swiss people feel a very close connection to their land, to their agriculture, and to their community. They are shocked that Stalin’s Communist regime could have committed such a horrendous act against Ukrainians for their attachment to their culture, history and land.

What are most common misconceptions about Ukraine that you encounter among Swiss audiences?

The misconceptions in Switzerland are unfortunately the same as the usual fallacies that one sees around Europe. This includes the erroneous notion that all eastern Slavs are Russian and that all aspects of culture in Eastern Europe are of Russian origin. You can add rampant and incorrigible corruption in Ukraine, pollution and poverty to the list of negative stereotypes. Generations of propaganda, ignorance and indifference have led to this situation. However, amazing organizations like the Ukraine Crisis Media Center (UCMC) have contributed greatly to correcting these false perceptions. People are often astounded to learn of everything that Ukrainians have accomplished throughout their history, typically without receiving due credit or recognition as Ukrainians. Recently the UCMC prepared the “Inspiring Ambassadors of Ukraine” series and “50 Inventions bestowed by Ukraine on the world”. I highly recommend both.

How prominent is Russian messaging in the Swiss information space and what challenges does this present for Ukraine?

Fake news is easy to spread internationally as most publications nowadays do not have the funding or the time for proper investigative journalism. Add the fact that most people consume their news content online and you have a very disturbing picture. Unfortunately, certain Swiss journalists and politicians have fallen under the spell of Russian disinformation, with considerable money splashing around to impress and to gain influence. False narratives and false equivalencies abound, often under the cloak of having to remain neutral. The fact of the matter is that if one person says it is raining and another person says it is not, it is not actually so difficult to look out of the window in order to identify which person is being factual and which person has another agenda. Thankfully, some Swiss and other international news publications now have offices and reporters based in Kyiv instead of Moscow, where it remains too easy to control and falsify information. In addition, organizations like the UCMC have made an enormous contribution by bringing credible journalists together and providing platforms for factual and impartial reporting.

What do you see as the strategic priorities for the Swiss-Ukrainian relationship over the coming few years?

There are many interconnected priorities. These include continued support for the rule of law and providing a level playing field for Swiss businesses who want to invest in Ukraine and provide much needed foreign direct investment for job creation. Tied to this is the promotion of human rights and fundamental freedoms, which are both pillars of modern Swiss society. Of course, the number one priority for everyone should be convincing the Russian Federation to respect international law. This is not only a threat to Ukrainians. It is a huge challenge for the entire international community. The bilateral Swiss-Ukrainian agenda for the next few years looks quite broad. Fortunately, there are many competent and motivated people working hard on both sides. In fact, after my discussions with diverse Swiss and Ukrainian partners, I repeatedly come away with the feeling that what is driving the Swiss-Ukrainian relationship is not solely traditional bilateral relations, but rather an instinctive and reciprocal sense of kinship, affection and admiration between the two nations.