Back in 2014, Jessikka Aro was among the first international journalists to recognize the significance of the Kremlin’s disinformation campaign against Ukraine. Her research made her a target for troll attacks but she has refused to be cowed and is now preparing to publish a book exploring how Russia has transformed the concept of information warfare 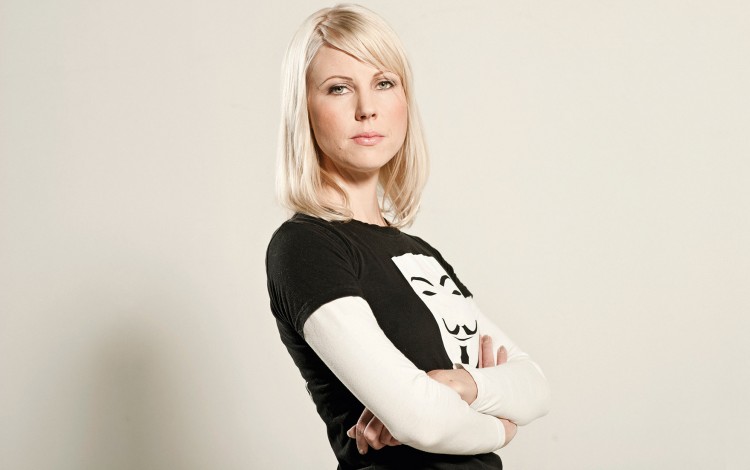 When Russia launched a massive information offensive in early 2014 as part of the Kremlin’s hybrid war against Ukraine, the outside world was taken largely by surprise. While the concept of information warfare is as old as war itself, the appearance of slick and sophisticated fake news reports along with the deployment of industrial-scale troll farms caught international audiences off-guard. This was a new and innovative form of information warfare tailored to capitalize on the almost limitless possibilities presented by the social media revolution.

One of the first international journalists to recognize the scale of the problem was Finnish investigative reporter Jessikka Aro, who works at Finland’s national broadcaster YLE. Ms. Aro began investigating the phenomenon of Kremlin troll factories in summer 2014 as the hybrid Russian offensive in eastern Ukraine was in full flow. She soon became a target of the trolls herself, with coordinated and relentless social media campaigns of harrassment designed to discredit her work and intimidate her into silence. These included the publication of personal information and attempts at character assassination, with one particularly notable incident involving the release of an entire music video attacking her as an American agent.

This abuse has taken its toll on Ms. Aro but she says the support she has received from the Finnish public and the international community has helped her to cope. She has remained engaged in the issue of Russian information warfare for the past three years and is currently preparing to publish a book of her findings. Business Ukraine magazine spoke to Ms. Aro about the threat posed by Kremlin information warfare and asked her how counter-measures can be balanced against the need to safeguard the core Western principles of free speech and freedom of expression.

You were among the first people internationally to draw attention to Russian infowar tactics in 2014. How has international understanding of this phenomenon grown over the past four years?

Greatly. A phenomenom that was previously discussed by a relatively small circle of international experts has become a familar subject of coffee table conversations among the general public. There are two key factors behind this heightened public awareness. Firstly, it is a result of the sheer volume of investigations into Russian information warfare conducted over the past four years in a number of different countries. No less important is the high level of brutality used in the Kremlin’s disinformation campaigns, which means they cannot go unnoticed.

There are a growing number of international intitiatives to counter Russian information warfare, from fact-checking services to entire agencies dedicated to debunking fake news. How useful do you think these efforts are, and where would you like to see efforts focused?

They are extremely important and need even more funding and support. Many projects are understaffed compared to the volume of material the Kremlin’s propaganda machinery produces. Special efforts need to be directed towards supporting the segments of society most vulnerable to Kremlin propaganda. In the most educated circles, Kremlin disinformation is often easily detected, dismissed and even countered, but in every affected society there are individuals and groups who need special support in order to realize that they are being systematically targeted by state-sponsored manipulation. This task could most credibly be carried out by media organizations and NGOs, or addressed at the level of national education systems. In many cases, fake news or other influence operations have succeeded without their targets understanding that the Kremlin is involved. For example, many people spreading extremist far-right propaganda don’t realize the material originates in Russia or is financed by Russian entities. If this mechanism for radicalizing parts of the population is not addressed, more hate crimes will follow.

Your forthcoming book “Vladimir Putin’s Troll Empire” aims to offer readers new insights into Kremlin information warfare. As somebody who has long been familiar with the subject matter, what have been the most surprising findings of your research for the book?

I was surprised to learn that the concept of social media propagandists pretending to be genuine opinionated citizens has much longer roots historically than many people had previously acknowledged. Another important finding has been the cynical and in some cases highly sophisticated abuse of the journalistic principles that guide most traditional Western media outlets. The Kremlin knows exactly how to play Western journalists and this is something all Western media should take into account when making publishing or broadcast decisions. Yet another fascinating finding has been the sheer diversity of local or regional disinformation campaigns. I have actually come to the conclusion that one book is not enough to cover even a small part of the Kremlin’s trolling and disinformation operations, and am now considering publishing a series of books.

This is the key question. National governments should require social media companies to obey and respect both national legislation and international agreements on human rights. So far, social media giants such as Facebook and Twitter have made their platforms available to trolls, pro-Kremlin extremists and harassers. It was only the US investigation into Russian meddling in America’s 2016 presidential elections that forced them to admit their services had been abused by malicious state-sponsored operators. As social media companies have not been able to provide credible plans to tackle the issue of social media meddling, individual governments definitely need to push them more, and should also look to co-operate internationally to achieve results. At the moment, social media companies are given too much power to define what kind of public communication is lawful and what is not. In many non English-language areas, for instance, Facebook still doesn’t remove troll content including death threats directed at named individuals or agitation against religion or ethnicity, even though this content is clearly illegal. There should be no debate over such clear-cut examples: they are dangerous and need to stop.

Many information warfare analysts were critical of recent US actions against Kremlin media platforms RT and Sputnik, arguing that by taking measures against these outlets, the US allows them to generate sympathy while also compromising America’s free speech commitments. Where do you stand on this subject?

RT, Sputnik and other propaganda platforms use every imaginable trick to try and lobby the idea that any regulation or counter-measure against them is an attack on freedom of speech. This is a case of severe spin, showing how propaganda channels try to mold the very definition of free speech to fit their own political purposes. The idea of freedom of speech is to enable people to obtain and send information, as well as to observe and criticize the decisions of political decision makers. It is not meant to help state-sponsored propagandists and fake news sites spread their political messages. RT and Sputnik should be considered as lobbying organizations or political companies, not as media. They do not operate in accordance with journalistic ethics or adhere to the journalistic principle of reporting the facts.

US President Donald Trump routinely lambasts leading American media outlets as “fake news”. The term is now used in public discourse with increasing regularity, often in reference to anything someone disagrees with. Are we in danger of reaching a point where talk of information warfare and fake news becomes meaningless?

No, we are not. The reality is quite the contrary. US President Donald Trump actually risks rendering himself meaningless with his repeated public lies and extremist statements. Journalists are in the most important position when it comes to countering the spread of fake news. In the case of the US President, this is most effectively done by continuously publishing factual information about Trump’s statements, his activities, and his policy-making. There will always be some support for liars and extremists, but in Western societies fact-based journalism still commands the biggest audiences. The majority of the audience demands factually correct and politically unbiased news. I believe the current era of disinformation and attacks on the integrity of the media should motivate all journalists to produce stronger journalism than ever before.

How does the information environment in Finland today compare to 2014? Is there still a strong Kremlin troll presence, and how have their tactics developed over the past four years?

There have been many different developments. On the one hand, most of the most common trolling techniques have stagnated at the vulgar levels of 2014 and remain focused on name-calling, smearing and personal attacks. However, trolls are obviously still active in various languages and continue to spread disinformation and extreme views on a variety of different topics in Finnish as well as in the international information spaces. It is interesting to note how some trolls have widened their themes of interest: in 2014 they were mostly spreading obvious, old-fashioned pro-Kremlin lies about Ukraine or attacking the EU. Nowadays they cover a much broader selection of themes: they talk about next year’s Finnish presidential election, they assess the quality of Finnish journalism, produce hate speech against foreigners in Finland, and post anti-muslim comments. In addition to that, they actively promote anti-establishment street protests and attack Finnish law enforcement. The good news is that awareness among Finnish audiences on the topic of troll influence has evolved a great deal over the last four years. Finnish society is much more resilient in this respect today than it was in 2014.