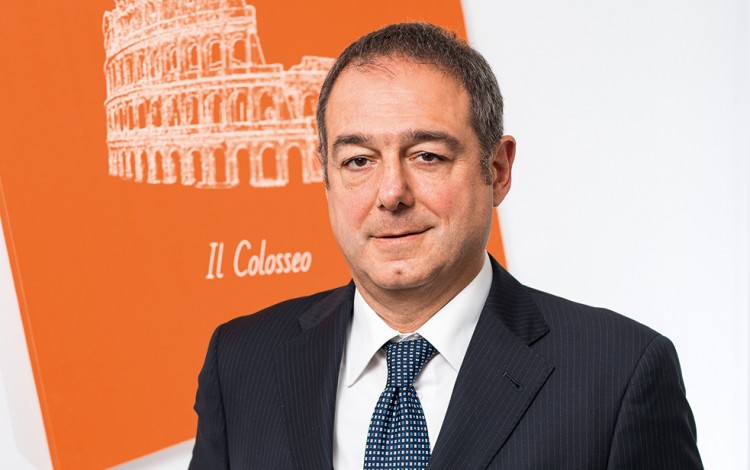 About the interviewee: Francesco Lupo is a member of the Management Board and head of the Corporate Division at Pravex Bank
Business Ukraine magazine

The past one-and-a-half years of global pandemic conditions have been a uniquely challenging time for businesses around the world. Alongside the inevitable adaptation this has caused, there have also been pockets of progress and innovation. One bright example in Ukraine was the mid-2020 launch of the country’s first international-class domestic diaper production line by Dnipro’s Biosphere Corporation, using equipment and technologies imported from Italian machinery engineering company Andritz Diatec.

Biosphere’s domestic diaper breakthrough was made possible thanks to support from Pravex Bank, which provided five-year financing. The agreement was part of the bank’s expanding range of financing services for Ukrainian and international companies looking to upgrade their operations and modernize production. “This was a landmark success which we hope to repeat in the coming months with other companies,” says Pravex Bank’s Corporate Division head and Management Board member Francesco Lupo.

The financing package provided to Biosphere Corporation highlights Pravex Bank’s commitment to providing effective financing services to the business sector. The envisioned client base for such financing services is extensive and ranges from companies in the SME sector up to major Ukrainian brand names and multinationals.

Lupo explains that Pravex Bank’s corporate banking business model has a strong emphasis on three key elements: environmental sustainability, social impact, and cultural preservation. “As a bank, we aim to contribute in a sustainable way, paying attention to the environment and to the cultural, social, and civil development of the communities where we are present. It is all about promoting sustainable economic growth.”

In recent years, Pravex Bank has embraced the concept of the circular economy, an increasingly popular business philosophy which aims to minimize waste and maximize the use of resources. “In practical terms, this means offering favorable financing terms for companies that are ready to adopt the principles of the circular economy in their production cycle. This approach can be successful in a wide range of sectors including everything from agriculture to manufacturing,” says Lupo.

Pravex Bank’s embrace of economic sustainability reflects the bank’s ongoing integration into the Intesa Sanpaolo Group, the largest banking group in Italy and one of the biggest in Europe. Intesa Sanpaolo Group first acquired Pravex Bank in 2008 and renewed its commitment to developing its presence on the Ukrainian market in 2017. This was accompanied by a visually striking rebranding campaign that saw Pravex Bank adopt a new logo featuring the outlines of a classical Roman bridge, while also incorporating closer signposting of the bank’s membership of Intesa Sanpaolo Group.

Pravex Bank is experiencing a period of sustained growth in a market that many at Intesa Sanpaolo Group view as brimming with promise. “We see Ukraine as a partially untapped market in the region offering amazing opportunities,” says Lupo. “Our goal is to work with our clients and partners in order to identify these opportunities and make the most of them.”

The development of the Ukrainian banking sector, and the country’s economy as a whole, has been hit by Covid-related disruption since the introduction of the first lockdown measures in early March last year. The Ukrainian banking industry managed continue its strong performance of recent years in 2020 and posted an annual profit of around USD 1.5 billion, but the broader shocks to other areas of the economy have inevitably created a drag on the financial sector.

Lupo acknowledges that the pandemic has created challenges for the banking industry, but says he and his Pravex Bank colleagues remain optimistic. He points to the negative impact of a third Covid-19 wave in Ukraine during the first months of the current year, and says this has helped fuel an economic slowdown that has led to somewhat reduced expectations. “Nevertheless, we remain positive about the general outlook for the Ukrainian economy in 2021. Based on our research, we believe GDP growth could reach 4% this year, which is slightly more optimistic that the current forecast from the National Bank of Ukraine.”

One of the more encouraging trends Lupo has noted during the pandemic period has been the readiness of the Ukrainian market to embrace new technologies. The practicalities of pandemic lockdown conditions have served to accelerate Pravex Bank’s existing digitalization policies and turbo-charged the bank’s efforts to move towards a greater range of digital service solutions. Initially, this was most immediately apparent in the retail banking sector, but it also became increasingly evident in the more complex corporate banking sector as the pandemic has progressed.

“The Ukrainian economy is very receptive to innovations and quick to adopt digital solutions,” notes Lupo approvingly. He believes this aspect of the Ukrainian market offers a number of competitive advantages. “Digitalization boosts transparency, which is welcome for the business climate and an appealing feature for potential investors. The readiness of Ukrainians to transition to innovative new technologies and digital services can also help the country to close the gap with more developed economies.”

Lupo is confident that the shift within the Ukrainian banking industry towards digital services during the pandemic will continue as the post-coronavirus recovery progresses. He also anticipates that many of the changes in working habits over the past eighteen months will become permanent. “I don’t think we will ever go back to the pre-Covid reality,” he says. “Instead, we can expect to see a new normal emerge. We have all been forced by the pandemic to explore new dimensions of the working environment. Smart working has brought some advantages to work-life balance. This is particularly evident in big cities like Kyiv, where working from home has helped save on daily travel time that can otherwise amount to several hours. However, there are also challenges, such as the difficulties of managing a team without face-to-face meetings and everyday office interactions. We aim to adopt the best practices from the pandemic period and will look to maintain a smart working office mode afterwards.”

Looking ahead, Lupo argues that the growing momentum of the post-pandemic global recovery potentially bodes well for the Ukrainian economy. “Ukraine is an export-driven economy that does a lot of business with major European and North American markets, so the country is well positioned to take advantage as demand begins to rise for things like agricultural and metallurgical exports,” he comments. As the recovery gains ground, Pravex Bank will be aiming to support companies with its expanding range of trade financing services, while at the same time maintaining a focus on sustainability.