Vincent Pringault: The recent growth in strategic investments by French companies in Ukraine points to an emerging longer-term approach 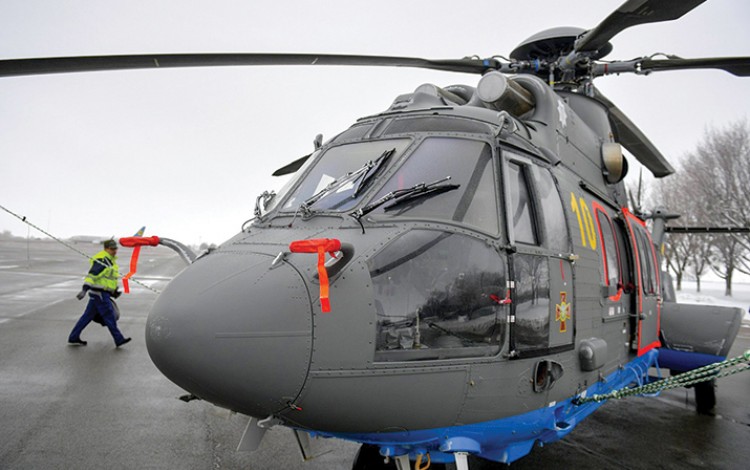 In 2018, Ukraine and France concluded a landmark agreement valued at EUR 550 million for the purchase of 55 Airbus helicopters for use by the Ukrainian police, border guards and emergency services
Business Ukraine magazine

As head of the economic service for Ukraine, Belarus and Moldova at the French Embassy in Kyiv, Vincent Pringault is a busy man. The past year has seen a landmark EUR 550 million purchase of Airbus helicopters by the Ukrainian state along with a flurry of French investment activity in Ukraine encompassing everything from retail and logistics to agriculture and renewable energy.

Pringault says these recent investments reflect growing awareness within the French business community of Ukraine’s market potential, and testify to the gradual improvements being made to the country’s business climate. “We are seeing clear examples of French companies investing in Ukrainian infrastructure,” he says. “This is an investment in the long-term future of the country.”

Evidence of this long-term interest can also be seen in the number of CEOs from prominent French companies who have visited Ukraine in recent months, notes Pringault. In many cases, he says, they are coming to familiarize themselves with the country rather than to sign off on specific corporate contracts. “If French CEOs are coming to Ukraine without necessarily having deals already in place to sign, it is an indication that the country is becoming more interesting.”

Pringault stresses that French companies remained in Ukraine during the extreme economic turbulence of 2014-15 and confirms that both veterans and newcomers alike have noted positive changes taking place in the post-2014 business environment. He points to the role played by new institutions created over the past five years such as the Business Ombudsman Council and UkraineInvest agency, while also acknowledging that dialogue with government ministries has in many instances become more productive. “As an embassy, we have wide exposure to different sectors of the Ukrainian economy and have noted a marked decline in issues between companies and state bodies. This is leading to shifts in perceptions about Ukraine. Corruption is still a major concern but it is no longer always the first thing people reference. Instead, we are hearing questions about the growth potential of the Ukrainian economy. The message that Ukraine has managed to improve its business climate is getting through.”

Inevitably, major challenges remain. Like many of his fellow diplomats, Pringault is cautious of overstating the progress Ukraine has made in tackling correction, and cites the creation of an effective Anti-Corruption Court as a national priority. He also stresses that the improving dialogue between the public and private sectors in Kyiv is not always reflected in the regions of Ukraine, where local priorities may not necessarily include accommodating the interests of international investors.

Despite growing investment, Ukraine’s dated and in many cases dilapidated infrastructure represents a significant barrier to economic growth, while the large-scale labor migration of recent years to neighboring EU member states has made it increasingly difficult for companies to recruit qualified employees. Nevertheless, the recent expansion of the French business community in Ukraine reflects growing recognition of the country’s long-term economic potential. As awareness increases, Pringault expects bilateral economic ties to strengthen further.

About the interviewee: Vincent Pringault is head of the economic service for Ukraine, Belarus and Moldova at the French Embassy in Kyiv