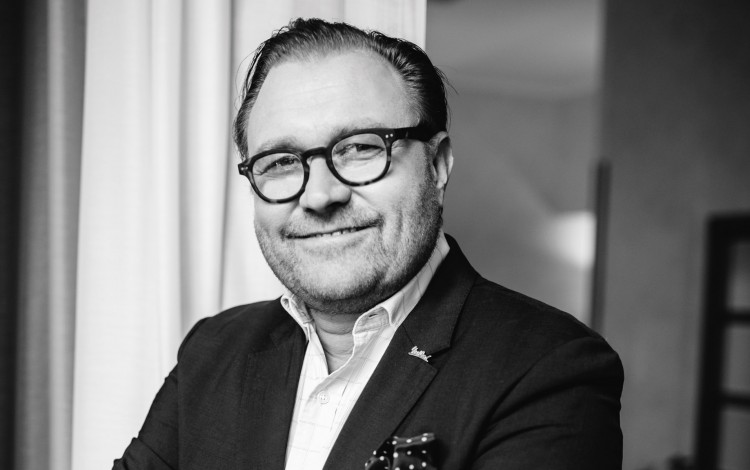 Hotel manager Jesper Henriksen has only been in Kyiv for just over half a year, but he has already noticed some positive trends in the Ukrainian capital city’s hotel sector that he believes bode well for the future of the Ukrainian economy as a whole.

As Kyiv City Director for Carlson Rezidor Hotel Group, Mr. Henriksen oversees Kyiv’s two Radisson Blu hotels and the recently opened 196-room Park Inn by Radisson Kyiv Troyitska Hotel close to the Olympic Stadium Complex. He says rising occupancy rates at these three venues mirror broader trends evident across the Kyiv hotel industry, and argues that as tourist traffic is still at low levels, increased occupancy reflects growing business interest in Ukraine. “2017 has been a breakthrough year for the Kyiv hotel sector, with occupancy rates climbing from around 45% up to 55%. As tourism is not yet a major factor for Kyiv hotels in the traditional sense, we can assume that the vast majority of this extra 10% of visitors are business travelers. This is a clear trend pointing to Ukraine’s emergence as an international investment destination.  If people are making the journey to Ukraine, they obviously intend to do business here.”

The recent spike in Kyiv business travel arrivals is even more striking given the low point reached in 2014 when revolution and war wrought chaos throughout the Ukrainian economy and left most hotels in the capital city operating at below 25% occupancy. The subsequent recovery of the Ukrainian hospitality industry has been steady if unspectacular, with a number of new Kyiv hotel openings in 2017 reflecting a growing mood of quiet optimism. Mr. Henriksen says his hotel group shares this positive outlook and is looking to make progress on a number of regional Ukrainian expansion initiatives in 2018, with Odesa and Lviv the top priorities.

The Black Sea port city in particular has long attracted interest from a host of major international hotel groups. Carlson Rezidor Hotel Group have plans in place for Odesa and are assessing opportunities for Lviv.

Mr. Henriksen believes the expansion of international hotel chains in Ukraine will help to fuel further investment in the country, creating a sense of familiarity and reassurance for business visitors that will bolster Ukraine’s own brand. “If you want to attract people to new destinations, you need branded hotels that they are able to recognize. Investors in particular appreciate the sense of security this creates. It sends out a powerful message that global brands are already present and it is safe to proceed.”

While Lviv and Odesa are both earning reputations as emerging international tourism destinations, Mr. Henriksen believes much more needs to be done in order to make the most of the Ukrainian capital city’s own tourism appeal. The success of the Eurovision Song Contest in May 2017 served to highlight Kyiv’s tourism credentials, with visiting journalists offering rave reviews. Nevertheless, limited connections and an absence of brand recognition are preventing Kyiv from occupying its natural position as a major East European destination. “Kyiv has huge potential. There is more than enough on offer, from wonderful sightseeing and strolling to the vibrant restaurant scene, but the city must learn to market itself to international audiences,” says Mr. Henriksen.

He is critical of the lack of cheap flights connecting Kyiv to the rest of Europe – a factor that serves to undermine the positive appeal of the low costs on offer in the Ukrainian capital itself. “City breaks are now one of the most popular types of tourism among European travelers, with many people taking five or six such trips per year. When you are travelling so often, you do not want to be spending hundreds of euros on every airline ticket you purchase and this becomes a major factor when you are looking at potential destinations. Kyiv needs to attract far more budget airlines in order to allow visitors to come for a few days and enjoy the city. This is probably the single biggest challenge the Kyiv tourism industry faces today.”

Kyiv will have a wonderful opportunity to promote itself in spring 2018 when the city plays host to the UEFA Champions League Final. This showpiece match of the annual international club football calendar is coming to the Ukrainian capital for the first time. The event will likely attract upwards of 100,000 visitors along with thousands of VIP guests and the world’s media. Like his colleagues in the Kyiv hotel sector, Mr. Henriksen expects to experience a healthy Champions League business boost in the second half of May 2018, but he is more encouraged by the implications for the longer-term development of the Ukrainian capital city’s tourism sector. “The Champions League Final is a great business generator, but more importantly, it will boost the positive image of Kyiv among international audiences. This is exactly what the city needs right now.”