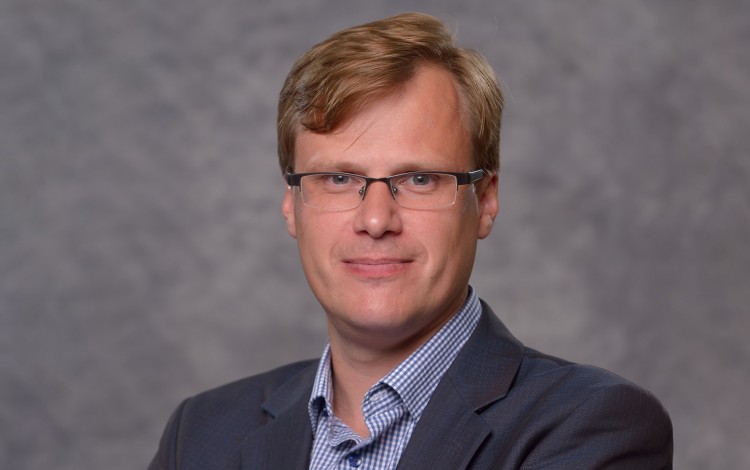 About the interviewee: Volodymyr Lutchenko is the Technical Director at Kyivstar
Business Ukraine magazine

Leading Ukrainian mobile service provider Kyivstar is devoting significant resources to keeping Ukrainians connected despite wartime conditions and implementing humanitarian projects in the country. The main priority of the company, which serves about 26 million people, is maintaining stable communications. We talked to Kyivstar Technical Director Volodymyr Lutchenko about the challenges facing mobile service providers in Ukraine during the war and asked how the company has overcome technical difficulties despite the destruction of networks and base stations.

The invasion of Ukraine and the possibility of war were discussed long before February 24. Were mobile service providers prepared to work in such conditions and how?

The Kyivstar network is a modern high-tech complex that is quite resistant to emergencies or unexpected situations. But like any civilian infrastructure, mobile networks are still vulnerable to destruction and shelling. Therefore, following publication of information about the concentration of Russian troops on the Ukrainian border, we began to prepare intensively for maximum protection of the network from the effects of active hostilities. Our business analysts developed various scenarios. On the basis of these scenarios, our technical service specialists prepared “maps” of priority actions.

How did all this happen and how much did it cost Kyivstar to increase the stability of the network?

Starting in January 2022, we have reserved additional communication channels, increased network capacity, backed up databases, and moved critical equipment and warehouses from the south and east of the country to western Ukraine. This was our Plan B, which cost the company several million dollars. Thanks to our efforts, 93% of the base stations of the network are working and providing Ukrainians with communication and internet access after more than a month of active hostilities in the country.

Has the development of the network stopped due to the war?

Today, we continue to build new base stations where there is a critical need. The company has done everything in our power to ensure that our subscribers can remain in connection with relatives and colleagues.

What have been the main challenges facing mobile service providers since the beginning of the war?

The most difficult issues are those which we have no influence over. Most of all, this includes large-scale and long-term power outages, systemic destruction of fiber-optic lines, and the destruction of individual base stations. These are all consequences of missile strikes or bombings, but we have managed to overcome them. In the event of a power outage, we use diesel generators to power base stations with the help of the Ukrainian military and local population. In many localities, people simply bring scarce fuel to our base station generators to help us stay connected.

Is it fair to say that Kyivstar engineers are the main guarantors of sustainable mobile networks?

It is. Our engineers even work in combat zones, risking their lives every day no less than the military. In Mariupol, two of our employees spent several weeks under fire supporting the base station, which remained the only way for citizens to communicate with their relatives. In Chernihiv, which at the time of this interview is completely without electricity and under daily bombing, our engineers have been refuelling diesel generators for more than a week to support the operation of 10 base stations and to maintain connection between the city and the outside world. It is a similar story in Kharkiv, Okhtyrka, Mykolaiv and many other cities across Ukraine. Our emergency repair teams work 15 hours a day, seven days a week. Every week, together with contractors, they repair an average of 30 breaks in fiber-optic communication lines throughout Ukraine.

Sometimes they have to go to the same place several times, with fiber-optic lines repaired and destroyed again by enemy shelling the next day. It is most difficult to maintain the network in cities that are under constant attack. We are not only fighting for every base station that is not working, but also building new ones. Since the beginning of the war, we have launched 23 new facilities in different Ukrainian towns and cities.

How does Kyivstar work in combat zones and in temporarily occupied territories? How is it possible to restore damaged networks in such conditions?

Kyivstar’s network has a flexible infrastructure so it is possible to work even in the event of equipment damage in some areas. We remotely switch traffic from damaged network segments. We then look for opportunities to penetrate the “grey zone” and restore damaged equipment and network elements. I will not disclose the details of these efforts and the risks involved for liaison officers and the people who help us. Maybe we will tell this story after our victory! This is valuable practical experience in the stable operation of networks in emergencies.

All modern wars are hybrid. Cyberattacks and the spreading of fakes are standard modern weapons. At Kyivstar, in recent years the company has invested sufficient resources in the development of cybersecurity. As a result, the network now complies with the highest international standards and practices. We are also constantly in touch with the technical support teams of leading companies that help overcome problems associated with attacks on our resources. We suffer cyberattacks every day, but we successfully overcome them.

How does Kyivstar help Ukraine and Ukrainians in these difficult and dangerous times, in addition to providing stable communications?

Access to telecommunication services has become as important as water, food and shelter. Our priority is to connect people wherever they are. Kyivstar has connected more than 360 bomb shelters in different cities of the country to Wi-Fi. Our subscribers can communicate online for free, and Home Internet customers can use services even with zero balance. We also provide bonuses for mobile roaming. More than 1.5 million of our subscribers abroad have already taken advantage of this opportunity. In total, the company has already spent over UAH 300 million to support subscribers.

We have significantly increased the capacity of the network at border crossings with new base stations. Kyivstar’s SMS channels are used by the State Emergency Service to inform the public about air alarms or “green corridors.” 150 million such messages have already been sent through Kyivstar’s network. We have recently started providing mobile bonuses for doctors working in the war zone. The company transferred over UAH 1 billion in income tax to the state budget ahead of schedule, and UAH 20 million in assistance to charitable foundations for humanitarian needs.

Our subscribers have collected more than UAH 1.2 million in assistance for the Armed Forces of Ukraine through a special service established by Kyivstar for this purpose. Every working business in Ukraine is a blow to the enemy. This is one way we hope to contribute to our collective victory. This is why our company does a lot to support its employees. In particular, Kyivstar has allocated almost USD 10 million to support employees during this difficult time. Almost 200 families of employees have found temporary shelter in Kyivstar locations in cities in western Ukraine.

What advice would you give to subscribers on how to stay in touch during a military invasion?

Use national roaming. If one mobile network is disconnected in your locality, there is a possibility that others will work. Do not overload the network. While you are uploading a video, someone cannot call or receive vital information from the internet. Use SMS and mobile messengers. In occupied areas, people should above all take care of their safety. Do not use mobile phones on the street to avoid being attacked. If this happens, try to inform your mobile service provider to block the SIM-card.

You have mentioned national roaming: how does this work and what are the benefits for subscribers?

Since the beginning of the war, the concept of “competition” for telecommunication market service providers has disappeared in Ukraine. I hope the Antimonopoly Committee will forgive me for such a statement! All subscribers can now connect via any operator in Ukraine. They just need to select a working network in their mobile gadget. For example, 360,000 subscribers of other mobile service providers join the Kyivstar network every day via national roaming. Telecommunications market operators do not limit themselves to this. We help each other through interactions, communication channels, and in the elimination of accidents. Operators have joined forces around a common goal, the victory of Ukraine. I would like to thank our partners and friends at Vodafone Ukraine, lifecell, Ukrtelecom, Atracom, Eurotranstelecom, Datagroup and other telecommunications operators, as well as our foreign partners for all their efforts. Together we will win!