Daniel Bilak: Canada can help Ukraine to capitalize on the country’s natural “brains and grains” strengths 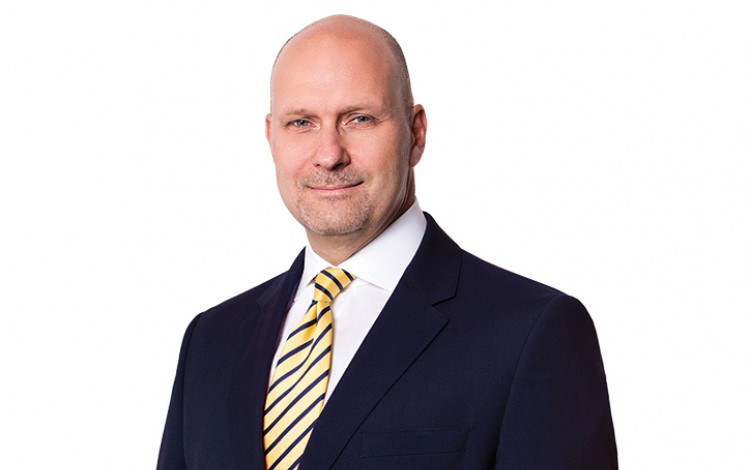 About the interviewee: Daniel Bilak is Chairman of the Supervisory Board of UkraineInvest and Chief investment advisor to the Prime Minister
Business Ukraine magazine

Few Canadians have been in Ukraine longer than Daniel Bilak. He is currently Chairman of the Supervisory Board of the Ukrainian government’s investment promotion office UkraineInvest and Chief investment advisor to the Prime Minister, but Bilak first arrived in the then-Soviet Republic of Ukraine in spring 1991 as part of a legal reform fact-finding delegation. He then served as an official observer during the decisive independence referendum of December 1991. This experience of Ukraine during the dawn of independence was to prove the start of an involvement with his ancestral homeland that has come to define the Canadian’s professional career.

Born and raised in the Toronto area with Ukrainian roots on both sides of his family tree, Bilak says his Ukrainian identity has always been central to his sense of self. “Growing up, my Ukrainian heritage was a source of considerable pride, especially given the contributions of Ukrainians to the Canadian national narrative. My childhood neighborhood was very diverse with kids from all kinds of backgrounds. We all shared a deep connection with Canada and everybody knew about Ukraine,” he reflects.

Bilak took up his current post in November 2016 and has since become a prominent figure in the drive to attract much-needed international investment to Ukraine. He spoke to Business Ukraine magazine about the Canada-Ukraine relationship and explained why the advent of free trade may take economic ties to a new level.

Family and political ties between Ukraine and Canada have traditionally been strong but this has not always been the case in terms of economic ties. Why do you think bilateral economic relations have not been more robust since 1991?

You can look at volumes of trade and so on, but this does not necessarily tell the whole story. It is only natural that Canadian companies tend to look primarily to their immediate neighbors for opportunities, but many large Canadian businesses are also active in Ukraine and this Canadian presence is growing. The recent free trade agreement is a genuine watershed moment in the relationship. Bilateral trade is up around 60% this year and, given the scale of the tariff reductions on both sides, we can expect this trend to continue. It is a pretty good deal all round.

What impact do you see the Canada-Ukraine Free Trade Agreement (CUFTA) having on bilateral economic relations?

It will open up new opportunities while strengthening existing directions like the already strong cooperation in the IT sphere. In many ways, CUFTA is recognition of a pre-existing economic relationship that not everyone was necessarily aware of, but which had been evolving over many years. Canada has always punched above its weight in Ukraine.

Which sectors of the economy do you think offer the most room for growth in Canada-Ukraine economic relations?

The Ukrainian energy industry, both in terms of alternative energy and the more traditional oil and gas sectors, is particularly appealing to Canadian companies. In terms of agriculture, Canadian companies have the knowhow to help Ukraine move up the value chain and start producing more value-added products. Canada will continue to play a key role in the impressive evolution of Ukraine’s IT industry, helping the country to build on its enormous intellectual resources and capitalize on Ukraine’s growing AI and high-tech competitiveness.

The Revolution of Dignity generated a massive market correction in the economy where we are shifting from a post-Soviet model to an agile fit-for-purpose approach necessary to compete globally in the twenty-first century. The goal is the creation of an innovation economy that plays to Ukraine’s natural strengths in machine-building, manufacturing and agri-food. Canada has the tools to help this happen and to benefit from the process.

What are the most common questions you receive from Canadians who are interested in exploring business and investment opportunities in Ukraine?

Many potential investors remain concerned about corruption-related issues such as property rights. When it comes to corruption, there is a tendency to focus exclusively on whether anyone is going to jail, but people should also consider the progress made in preventing corruption through institutional changes. Since 2014, transparency has improved dramatically in government procurement, VAT refunds and the energy sector. It is important for potential Canadian investors to understand that the work of building a modern country only began four years ago. More reforms have taken place in these past four years than the previous twenty-three. What we have now is probably the most pro-business government in Ukraine’s independent history. This is the largest emerging market in Europe, which represents a major opportunity. Companies that are already active in Ukraine are making money, often lots of money. Now is the time to get into the market.

The large Ukrainian diaspora in Canada gives Ukraine a higher profile and greater levels of familiarity among Canadian audiences than the country enjoys elsewhere in the world. What role can this enhanced “brand recognition” play in promoting the growth of bilateral economic ties between Canada and Ukraine?

The impression Canadians have of Ukraine tends to be much more positive than the image of the country in other parts of the world. It is definitely a case of the glass being half-full rather than half-empty. This is the diaspora’s great achievement and also reflects the fact that most Canadians grow up in close proximity to aspects of Ukrainian culture and identity. These perceptions go a long way to countering the overwhelmingly negative coverage of Ukraine that we continue to see in the international media.

What is your message to Canadians who may be looking at Ukraine as a potential investment destination?