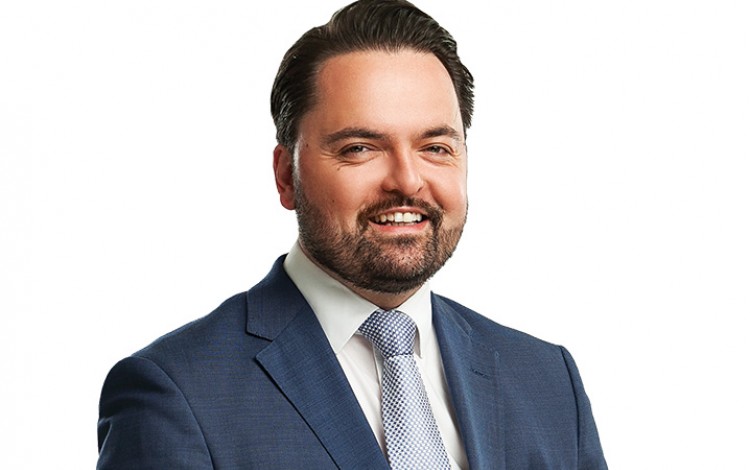 The past five years have witnessed a dramatic broadening of Ukraine’s global business horizons as Ukrainian companies have branched out beyond the traditional comfort zone of the former USSR to increase their presence in EU markets and beyond. This expansion is increasingly exposing Ukrainian companies to the scrutiny of international regulatory frameworks and serving to make compliance one of the hottest buzzwords within the country’s business community.

Many Ukrainian business owners still have only a superficial understanding of exactly what this term entails, according to international compliance expert Ario Dehghani, who warns that the clock is already ticking for those yet to grasp its importance. Dehghani believes Ukrainian companies need to start taking compliance seriously now if they wish to be internationally competitive in the future, and warns that those failing to address compliance issues today risk finding themselves left behind within the next few years.

German national Dehghani recently joined Ukrainian law firm Sayenko Kharenko as a counsel, where he will specialize in providing a range of compliance and white collar criminal defence services. He brings with him a wealth of experience in the international compliance sphere, having spent eight years prior to his 2016 arrival in Kyiv as part of the international compliance team at Hogan Lovells in Munich. During that period, he saw the team expand from three lawyers to over thirty, as compliance became an increasingly important focus for EU businesses. A similar process is now underway in Ukraine, he says, as Ukrainian businesses find themselves confronted by compliance-related issues on an increasingly regular basis.

What exactly does compliance mean? Dehghani defines it in simple terms as ‘following the rules and the laws as set out at the internal, domestic and international levels’. He advises clients on all of these areas, helping Ukrainian businesses to create and implement their own internal compliance codes or to adopt the necessary measures in order to meet international regulatory standards. Key focuses currently include the EU’s General Data Protection Regulations (GDPR), the UK’s Bribery Act, and the US Foreign Corrupt Practices Act (FCPA). However, these are just the tip of the international compliance iceberg, making the issue relevant to a large and expanding number of Ukrainian companies.

Compliance is a central pillar of today’s global economy. Any Ukrainian business looking to sell their products in the European Union will find themselves subject to an entire regulatory framework, while having a foreign member of staff, client or partner is also in many cases sufficient to create a series of potential compliance challenges. Nor is it merely an issue of ticking boxes and meeting bureaucratic benchmarks. Dehghani cites specific examples from his own recent experience of Ukrainian companies that are already confronting the cost of compliance shortcomings. “I met the CEO of a Ukrainian IT company who urgently wanted my assistance to make his business GDPR-compliant. It turned out that they had lost eight international clients within the previous few weeks just because they did not meet GDPR standards. This is one specific example of how the practicalities of international business are forcing Ukrainian companies to take compliance more seriously.”

Dehghani says the number of such examples will only increase as the costs of noncompliance mount for Ukrainian businesses looking to expand their reach internationally. He believes some within the Ukrainian business community continue to underestimate the importance of compliance due to the currently limited scope for penalty enforcement inside Ukraine, but argues that this is a shortsighted approach. “It is not just an issue of keeping potential problems at bay,” he says. “Compliance is also about building up a strong international brand that is capable of attracting both clients and investments.”

While enforcement risks will inevitably grow along with Ukraine’s own rising international profile, Dehghani says the Ukrainian business community must not wait for this process to develop. Instead, they should be looking to build up a culture of compliance now in order to improve the country’s future competitiveness. “This must be done in practice and not just on paper,” he underlines. The German specialist points to a Harvard University study of Dow Jones companies that highlighted the benefits felt by businesses implementing sophisticated compliance systems, and argues that the Ukrainian business community has all the necessary incentives to lead the development of compliance culture in their own country. “There are lots of reasons why investing in compliance will help Ukrainian companies to become more successful,” he says. “But ultimately, if you do not do your compliance homework now, in five years you will be out of the race.”