Oleksandr Yaroslavsky has invested around USD 1 billion in Kharkiv 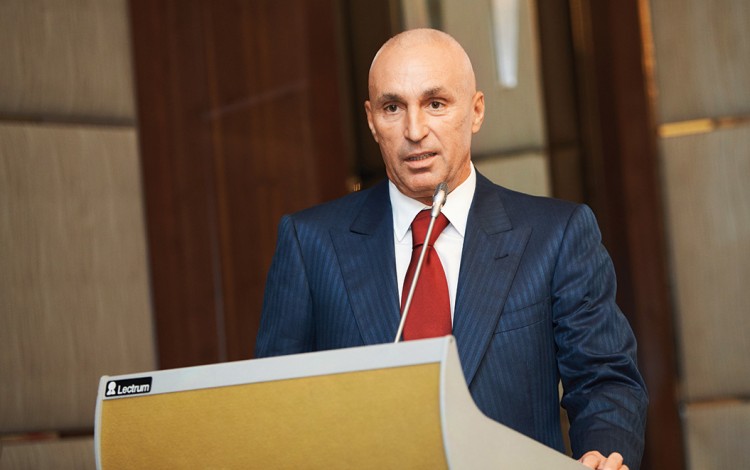 About the interviewee: Oleksandr Yaroslavsky is the owner and president of DCH Group
Business Ukraine magazine

Ukrainian businessman Oleksandr Yaroslavsky is owner and president of Kharkiv-based DCH Group. Ranked by Forbes Ukraine as one of the country’s ten richest people, he has invested over USD 1 billion in the Kharkiv region alone. Yaroslavsky spoke to Business Ukraine magazine about his most recent acquisitions and explained why any international investors considering Kharkiv market entry would be wise to hurry up.

In the past two years, you have made a number of high-profile investments across Ukraine in a range of different economic sectors. What are the next steps in your investment strategy?

I invest in projects where I see good prospects and which are personally interesting to me. There must be the potential for an attractive financial return. The specific sector of the economy does not matter. The main thing is the potential of the business. I was not a football fan prior to acquiring Metalist Kharkiv, but everyone remembers how Metalist performed during my presidency of the club. I did not previously know much about the aviation industry, but today Kharkiv International Airport is gaining a global reputation in terms of passenger traffic growth. Premier Palace Hotel Kharkiv was originally part of the city’s Euro 2012 preparations but is now a successful business in its own right. It consistently has high room occupancy rates, while the congress center regularly hosts important events. The story is the same with virtually all my assets.

In Soviet times, Kharkiv Tractor Plant produced 50,000 units of equipment a year and supplied the whole of the USSR. The plant employed 45,000 people! We are now living in different times, of course, with changing technologies and evolving market conditions. Our current objective is to recover the plant’s previous market position. As you note, before we acquired Kharkiv Tractor Plant in 2016, production had ceased. Nothing is sacred, and competitors have inevitably occupied the market share the plant used to enjoy. You are also correct to suggest that Kharkiv Tractor Plant is not just another asset for me. It is part of my city’s history and so I am putting my heart and soul into its development.

What are your plans for the development of the Kharkiv Tractor Factory brand on world markets?

At present, we are fighting hard for every single millimeter of both domestic and international markets. We are actively pursuing market share all over the world, and potential clients in the former USSR, Europe and Asia are beginning to remember the Kharkiv Tractor Plant brand. A farmer from New Zealand recently purchased one of our tractors. He was originally from Ukraine and was eager to promote the Kharkiv brand. He was also impressed with the product, noting its competitive performance and high functionality. Based on the reactions we are encountering internationally, Kharkiv Tractor Plant has every chance of reestablishing itself as a leading global brand in the agricultural machinery market.

You are still widely known for your role as key investor in Kharkiv’s Euro 2012 preparations. The redevelopment of Kharkiv International Airport was one of the flagship projects of these preparations. The airport is now experiencing record growth in passenger numbers. If this growth continues, do you envisage the possibility of further expansion of facilities at Kharkiv International Airport?

Before we took on the task of redeveloping Kharkiv International Airport, it was averaging 100,000 to 200,000 passengers per year. Last year, the figure was 800,000. This is the result of an effective management strategy. It allows us to attract new carriers and open new flights while developing strategic partnerships with low cost airlines like Wizz Air. If it were not for the challenging economic conditions in Ukraine as a whole, the airport’s growth rate would be even higher. Prior to 2014, the airport was reporting 20% annual passenger increases.

Looking ahead, the airport still has considerable reserve capacity. The design we adopted envisaged serving up to 1500 passengers per hour, or more than two million a year. Naturally, we will expand at some point in the future. After all, a recent study by Airport Consulting Vienna concluded that Kharkiv International Airport has potential passenger traffic of 4.5 million a year. However, existing capacity is currently sufficient.

You have been linked with the redevelopment of Dnipro International Airport. This is widely seen as strategically important initiative for Ukraine. What is the current status of the project?

This is indeed a strategically important initiative, both for Ukraine and for Dnipro itself. The current state of the airport is a disgrace for the city and for the whole country. I am ready to repeat what I have done for Kharkiv International Airport, but the state must take responsibility for the runway infrastructure and finance the necessary work. As soon is the state demonstrates the seriousness of its intentions, I will proceed with the airport terminal. I am prepared to start work at any time, but repeat that I will need two and a half to three years from the moment construction work begins. I am ready, and I expect the same readiness from the state.

What is your advice to international investors who are considering Kharkiv as a potential investment destination?

My only advice is to hurry. Kharkiv is always ready to welcome investors, but the sooner they come, the greater the advantages they will enjoy. This city has something to offer in a wide range of sectors, from industry and tech to the sports and service sectors. It has the requisite infrastructure and an attractive agricultural industry. However, the early bird principle still applies. With a competent approach, anyone investing in Kharkiv can expect to generate huge profits. I say this based on my own experience. DCH Group has invested around USD 1 billion in the Kharkiv region. We are ready to share our experience and develop partnerships with new investors. I firmly believe the city has the potential to become Eastern Europe’s next economic miracle.