Dale W. Perry hopes to contribute to the modernization and continued liberalization of Ukraine’s energy industry 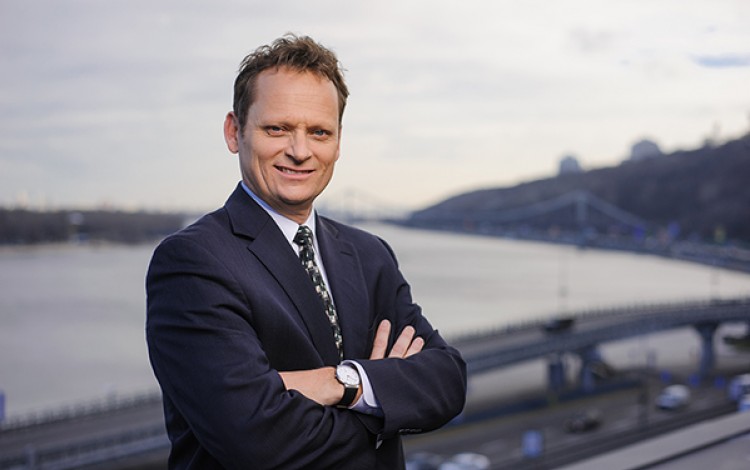 American Dale W. Perry is a 35-year veteran of the international energy industry who is contributing to the long overdue transformation of Ukraine’s energy sector. As Managing Partner of Energy Resources of Ukraine (ERU), Perry is a private sector pioneer at the helm of what is the only US energy company currently active in the Ukraine market. After a profitable first five years of operations in Ukraine, he hopes to play an enhanced role in the modernization of the Ukrainian energy sector and believes further liberalization will be the key to success.

Perry established ERU in 2014. He says the initial decision to enter the Ukrainian market owed much to the opportunities opening up in the country following the Euromaidan Revolution. With an extensive professional background in the region and a wealth of experience in the energy sectors of emerging economies, post-Maidan Ukraine seemed tailor-made for the American. Nor was Ukraine itself an unknown quantity. Speaking from his office in Kyiv’s riverside Podil district, Perry reflects on the fact that his relationship with the Ukrainian capital actually stretches back more than three-and-a-half decades to 1982, when he first arrived in Kyiv as a Russian-language undergraduate student. The American’s career then took a military turn, with years of service as a nuclear engineer on a submarine in the US Navy.

Following the collapse of the Soviet Union, Perry entered the civilian world and began building a career in the international energy sector. Starting in 1997, he spent an extended period in Kazakhstan, where he witnessed and directly contributed to fundamental changes in the country’s power infrastructure. “For more than two decades, I have been able to watch the transformation and development of the post-Soviet energy sector and to participate in this process. It’s been a fabulous experience,” he says.

With his family now settled just outside Seattle in the northwest of the United States, Perry has spent much of the past five-and-a-half years in Kyiv, where he is focused on pioneering private sector engagement in the Ukrainian energy industry. This has meant splitting his time between Ukraine and the US, while undertaking a monthly intercontinental commute of some seventeen hours. “You have to be here on the ground in order to understand market conditions and get to know all the players. If you want to work in Ukraine, you have to be in Ukraine,” he quips.

After what by any standards has been a long and successful career, what motivates this American executive to enter the notoriously turbulent and often opaque Ukrainian energy sector? Perry acknowledges that many of his fellow energy industry professionals remain unconvinced by the complexities of Ukraine, but argues that in his opinion, the advantages far outweigh the obstacles. “We have found that the gas and electricity regulations introduced since 2014 are actually very effective. On paper at least, these laws work. The risks arise when other issues from outside the market come into play. So in order to enter the Ukrainian market, you have to be a risk-taker. I am here because I think it is worthwhile. There are exceptionally smart people here and I believe this is a great country. In other words, it is worth the risk.”

This readiness to accept the inevitable risk factor of an emerging market like Ukraine appears to be paying off. Since its establishment in 2014, Perry’s company ERU has consistently posted annual turnover growth of between 20% and 25%, with this year’s figure expected to surpass the 2018 total of around USD 500 million. ERU activities are currently concentrated on the trading side of the energy industry, “because that’s where the opportunities are right now,” offers Perry. This focus saw ERU emerge as the largest private gas trader and importer in Ukraine for the past four years, before branching out into the newly reformed electricity market during summer 2019.

ERU’s electricity trading experience has so far proved encouraging. “It appears to be working. Prices are coming down and competition is growing,” Perry says. “We were one of the first movers to enter the reformed market this summer and we prepared well in advance with all the requisite paperwork and permits in place, allowing us to be there from very beginning. As a result, we had a good initial month. Then competition arrived and prices came down, which is what the free market is all about at the end of the day. Obviously, we were able to make more money when we were one of only a few participants, but we believe that by demonstrating the new market can work, we have helped to attract others and reduce prices.”

In addition to this growing trading portfolio, the company also has a long list of other development goals it would like to pursue, including plans to participate in the ambitious multi-billion dollar upgrade of the country’s entire energy infrastructure. “This is where my 25 years of experience in developing markets becomes important. You have to find the right format for Ukraine and not just offer the latest technologies from the US or UK, because in many cases they would be too expensive for this market. It is crucial to find the right balance between affordability and technical necessity.”

Perry speaks at length about the challenges created by Ukraine’s recent pivot towards renewable energy, with guaranteed high feed-in tariffs and fluctuating volumes placing strains on suppliers and operators who must balance what are often intermittent inputs while maintaining energy flows to end users. To achieve this goal, ERU hopes to expand into the management of energy assets on a gradual basis. “How do you eat an elephant? You do it one bite at a time,” says Perry. “We are going to start by offering up individual bites of solutions. Instead of a billion dollar project, we envisage beginning with a sixty million dollar project to solve the specific issue of integrating a particular wind farm into a regional power grid.”

Perry believes the continued liberalization of the energy sector, along with greater private sector involvement, will determine the success of the current modernization drive, with its promise of lower costs and greater efficiencies. He hopes to contribute to this process, both through the work of his company ERU, and by engaging in the ongoing dialogue between the state and the business community. Perry is standing as a candidate for the American Chamber of Commerce in Ukraine (ACC) 2020 Board of Directors, and believes his previous experience in similar roles could prove valuable as the ACC seeks to support the emergence of a more business-friendly energy sector. During his time in Kazakhstan, Perry was the founding chair of the Kazakhstan Electricity Association, before helping to set up the US-Kazakhstan Business Association. “Thanks to these experiences, I have seen first-hand the benefits of collaborative professional organizations such as these councils,” he says. “I believe we could be more proactive in Ukraine when it comes to promoting what we think of as good models for the energy sector. I could bring this expertize to the ACC Board of Directors. This is an area that could benefit the entire ACC membership, because the cost of utilities has an impact on the bottom line of every member company.”