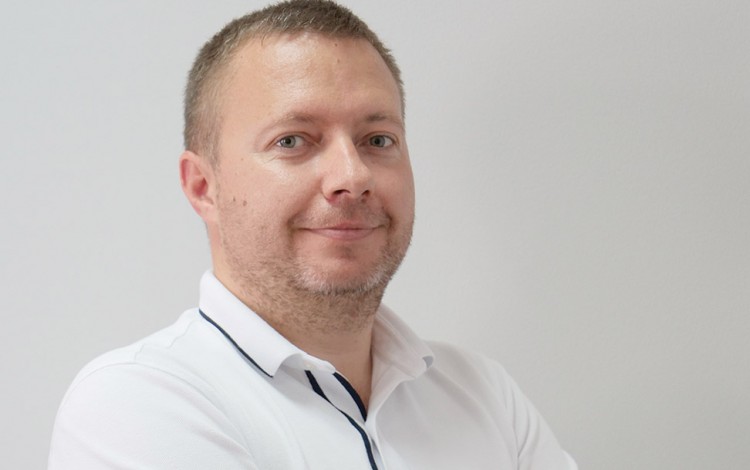 About the interviewee: Valerii Mazurenko is the Technical Director of UNIT
Business Ukraine magazine

If you have ever booked a Ukrainian train ticket online or used a biometric Ukrainian passport, then you have come into direct contact with the work of pioneering IT company UNIT. These are just two of the landmark projects in the diverse portfolio of the company, which has been at the cutting edge of Ukrainian IT innovation since its foundation in 2004.

Today, UNIT employs more than 100 staff at its central Kyiv offices and relies on its own in-house research and development division to remain at the forefront of what is the most rapidly expanding sector of the Ukrainian economy. UNIT Technical Director Valerii Mazurenko spoke to Business Ukraine magazine about the company’s 15-year journey and shared his views on what the future holds in the dynamic Ukrainian IT industry.

Founded in 2004, UNIT is one of the pioneers of the Ukrainian IT industry. How has the industry evolved over the past 12 years and what are your expectations for the coming decade?

This October will mark the fifteen anniversary of the founding of our company.  During this time, we have managed to become the best Ukrainian IT company you never heard of. This is because we have always focused on developing useful products for people rather than promoting ourselves. We believe in letting our products speak for themselves.

Over our 15 years of work, we have created numerous innovative products that help make life easier for institutions and ordinary people alike. We were the first Ukrainian tech company to develop and implement the concept of an “electronic government meeting”. This system, introduced in 2008, featured personalized voting cards for government ministers. In 2009, we developed an HR system for the Ministry of Social Protection.

One of our flagship projects was the online purchase system for Ukrainian train tickets. When we started, the only way to get train tickets in Kyiv was to wait in line at the central railway station and hope they would have what you needed once you reached the front of the queue. Ahead of the Euro 2012 football championship, we pioneered an online purchase system for Ukrzaliznitsya (Ukraine’s railway operator) giving users the chance to buy tickets, select seating, browse schedules, secure refunds, and access a host of other features. This system has since become an everyday part of train travel in Ukraine. Ukraine now sells more than 36 million tickets online annually, accounting for over 60% of all purchases. Perhaps the best indication of the success achieved by UNIT’s ticketing system has been the appearance of numerous imitators. However, none can offer the security, technology or reliability of our system.

Another major UNIT milestone was our work on the launch of Ukrainian biometric passports. UNIT was instrumental in the development of these digital identity documents, which currently allow Ukrainian citizens to travel to the 26 European countries of the Schengen zone and 135 nations around the world in total. Since Ukraine gained the right to visa-free Schengen travel in June 2017, more than 15 million Ukrainians have received biometric passports. This number continues to grow. Biometric passports are the most secure identity document in the world, and their introduction in Ukraine played a critical role in the EU decision to award the country with the right to visa-free travel.

Meanwhile, more than 1.5 million Kyiv residents have made use of the Kyiv City Card, which is quite literally an entire city in a smartphone. This seven-year investment by UNIT allows Kyiv residents to use public transport, pay their utility bills, attend cultural events, contact their city representatives and receive discounts, along with a host of other benefits. This free card empowers Kyiv residents to manage almost every aspect of their daily lives. More importantly, the model it uses applies equally to cities throughout the country. Other companies are now trying to mimic the innovative Kyiv City Card technology pioneered by UNIT. While imitation is the highest form of flattery, nobody can compete with UNIT in terms of our experience in developing and managing the city card concept.

When war came to Ukraine in 2014, we wanted to do our part to help the country defend itself. This patriotic impulse led to the development of a stabilization and fire control system for armored vehicles. This unique system, which consists of both software and hardware elements, has undergone successful testing. Since then, state defense companies have expressed a written interest in incorporating it into their armored vehicles. This is typical of the UNIT approach. We create turnkey solutions to meet the needs of everyone, from pensioners and soldiers to students and international travelers.

You have developed partnerships with many of the largest tech-related brands in the world. What has this experience meant for the growth of your business?

Unlike 99% of Ukrainian IT companies, we do not sell the software solutions of other brands. Instead, we invest, create and develop our own projects. It is because of this approach that we have been successful, and it is because of this that we now have partnerships with global companies including Oracle, Visa, Mastercard, NXP, Infineon, T-Systems, Microsoft, Dermalog and many others.

Millions of Ukrainians have firsthand experience of UNIT’s work through your involvement in the operating system used for the country’s biometric passports. How challenging was it to develop a system that met the necessary international standards?

When we first began in 2004, our original concept was to create identity documents. Because we had already invested in developing and testing this technology over a ten-year period, we found ourselves uniquely placed when the Ukrainian government made the decision to introduce biometric passports. Whereas most countries typically pay licensing fees to foreign suppliers for the relevant operating systems, UNIT’s operating system for biometric passports is a uniquely Ukrainian development.

UNIT has developed universal software and hardware for a number of weapons systems. How do you see these systems contributing to Ukraine’s defense capabilities?

Our hardware for armored vehicles will help the new Ukrainian army defend the country more effectively. No one wants war or conflict, which is why at UNIT we believe we need to do our part to ensure that our nation’s soldiers have precise and efficient weaponry in order to ensure peace.

President Zelenskyy has spoken extensively of his desire to create “a country in a smartphone” and to transfer as many government services as possible to the digital sphere. Based on your experience of projects such as the Kyiv City Card, what advice would you offer President Zelenskyy?

With the Kyiv City Card, we have the necessary experience to implement President Zelenskyy’s vision nationwide, using our turnkey solutions. This means making our technology available to every Ukrainian, and not just the residents of Kyiv itself.

UNIT has a long record of innovation in Ukraine. Which sectors of the country’s IT ecosystem currently offer the best opportunities to transform Ukrainian society further and improve quality of life?

E-government is the future for Ukraine. We believe digital identity cards have a huge role to play, and will come to serve as the only official ID documents for all government services. In addition to unique products like our e-ticket purchasing system, the Kyiv City Card, the operating system for biometric passports, and military technologies developed by UNIT, we already have the technology in place for the next wave of services. For example, President Zelenskyy recently spoke about introducing electronic voting in future Ukrainian elections. We already have the technology to implement this system in a secure, safe, and reliable manner. With more than 20 million Ukrainians living outside the country, electronic voting is a good way to reconnect Ukrainians with their homeland while enabling them to participate in the democratic process at the same time.

Another UNIT technology ready for implementation is the electronic excise tax stamp. These stamps, which are used for medicines, alcohol and tobacco (among other items), will give every citizen the ability to operate as a tax collector for the state. Stamps can undergo simple checks to confirm the legitimacy of goods. This innovation could easily result in a significant increase to the state budget each year. Based on current estimates, this could amount to USD 2.7 billion USD, which is six percent of Ukraine’s state budget and two percent of the country’s GDP.

Technologies like these, with the potential to simplify and improve life, are the main source of corporate pride at UNIT and the reason why we believe our team can continue to make a real difference. We may still be the best company you never heard of, but given a little more time, UNIT could yet become a household name.