Olena Derevianko: Reputation management is more important than ever in today's world

Ms. Derevianko argues that in wartime it is vital to understand that reputations are based on deeds not words 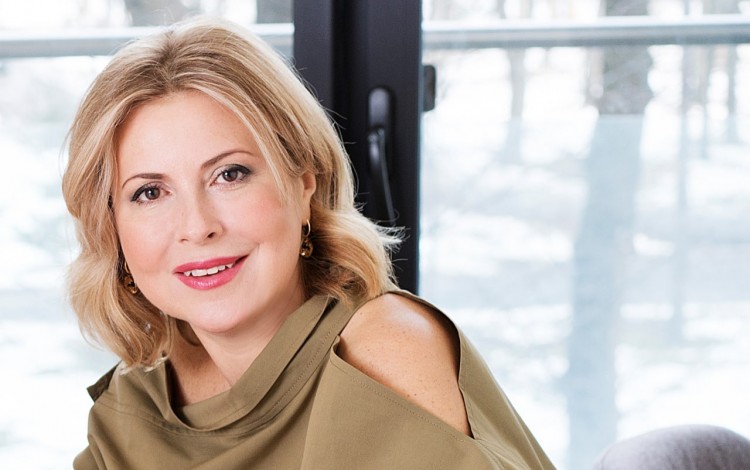 In the current climate of global uncertainty with not only physical assets but also the reputational assets of companies, business leaders, politicians, and even entire countries under attack, the issue of reputation management is high on the agenda. Business Ukraine magazine spoke to Ms. Derevianko about the value of reputation in the current climate and ask how best to safeguard this value in a rapidly changing environment.

We are currently witnessing a period of unprecedented upheaval. Does the modern economy remain reputation-oriented or does reputation now play a lesser role given the prominence of physical security issues?

The higher the level of uncertainty in society, the greater the role played by trust. It is entirely natural for an individual or an organization to seek safe footholds in an ever-changing world. There is a sense of security in somebody reputable who you see as being worthy of your trust. In today’s environment, when relationships and established patterns of behavior that had been viewed as eternal are breaking down, reputation is more important than ever.

As companies lose old markets and seek to enter new areas, they rely on reputations accumulated over many years. Likewise, they look for similarly reputable partners in new jurisdictions. The same principle applies to politicians, who must learn how to protect their reputations against fragility and damage caused by poor choices or misleading political forecasts.

As the person behind the concept of reputational antifragility, how can this concept be implemented today?

The best Ukrainian example is also the most prominent, namely President Zelenskyy. His reputation rests on two components: his popularity as a showman and his approval rating as a politician. His reputation in show business was consistently strong and could be considered extremely antifragile. However, his reputation as a newcomer to the political arena was far less stable or secure.

What do we see today? During the past four months of full-scale war, Ukrainians have forgotten about the turmoil of the previous three years of Zelenskyy's presidency and mostly now view his positive contributions. The antifragility of his celebrity reputation and his dignified conduct as a wartime leader have compensated for the instability of his earlier political reputation. How long this trend will last is unclear. But for now, this strong basis of trust is enough to ensure that Ukrainians will back Zelenskyy.

Do you agree with the idea that state PR is replaced by state propaganda during wartime?

From a reputation management perspective, propaganda is an extreme case of asymmetric communication. The sender of messages is not interested in the opinion and reaction of the recipients of this message, since he has the authority to establish his own rules for disseminating information. Many presidents of Ukraine and their advisers looked longingly at Russia and dreamed of applying the propaganda practices there. But given the Ukrainian mentality, this has always been fundamentally impossible. Our society is too freedom-loving and this prevents the authorities from monopolizing the information field.

A unified information policy, of course, exists. We are also witnessing the rise of cancel culture in relation to everything Russian. But there is no harsh military censorship that would deprive Ukrainian opinion leaders of the opportunity to express their point of view. We are constantly reminded of this because even among state authorities there are numerous different structures whose information flows are autonomous and often contradictory.

What are the most relevant rules of effective reputation management today?

First, it is important to remember that reputation is not the goal of a lifetime. This is your resource for achieving life goals. Therefore, now is not the time to think about how you look in photos on social networks. Now is the time to save the country.

Secondly, the kind of antifragile reputation that everyone who understands reputation management dreams of is always based on a solid foundation of doing the right thing. Words simply cannot replace deeds. The reputation gap between words and deeds can be disguised for some time but war has a habit of exposing all realities. And it remains true that beautiful speeches without any substance have a tendency to destroy rather than strengthen reputations.

Thirdly, there is no point doing things for the sake of it. We need to do things that are really necessary for the country. If this criteria is satisfied, you can expect a positive reputational impact.

In the current environment, we have far less influence on the results of our reputational efforts. War acts like a natural disaster. As a result, reputation management in wartime is far more decentralized than in peacetime. Everything is much more dependent on social networks (both digital and physical) and other people expressing their personal opinions of you.

I would like to underline that these principles apply equally to businesses, state bodies, political parties, NGOs, and public figures of all kinds. They are all subject to the same single reputation management theory and there are no exceptions.

In your experience, what are the most common reputation mistakes?

It is worth noting that the most common errors are all connected with disregard for the rules I’ve mentioned above. Based on their peacetime habits, many people continue to focus on creating beautiful media images of themselves without recognizing that wartime requirements are very different. During periods of war, others things are needed, while sincerity and frankness are more important than ever. The wind of change blows away the husk of the past and leaves only the current reputational realities.

How do you see the future of reputation theory and practical reputation management?

3. The concept of a unified reputation management theory has led to the idea of reputation rent. This was introduced as a basis for the strategic efficiency of reputation management and partial manifestation of Schumpeterian rent, surplus profits from the "innovative monopoly" of a unique resource. An antifragile reputation is such a resource, as are marketing and organizational innovations that meet the criteria of being valuable, rare and difficult to replicate.

5. The impact of reputation management on somebody’s life/business results takes into account the key characteristic of reputation antifragility: this translates into access to resources; reduction of management and transaction costs; increased resource utilization performance; reduced competition; allowing an enterprise to operate in accordance with the microeconomic model of a market monopoly; increasing competition among investors; sustainability of development; and lengthening life cycles.