Polish Ambassador to Ukraine Jan Pieklo on the security implications of Russian aggression in Ukraine, the WWII-era Volyn controversy, and the fast-growing Ukrainian community in Poland 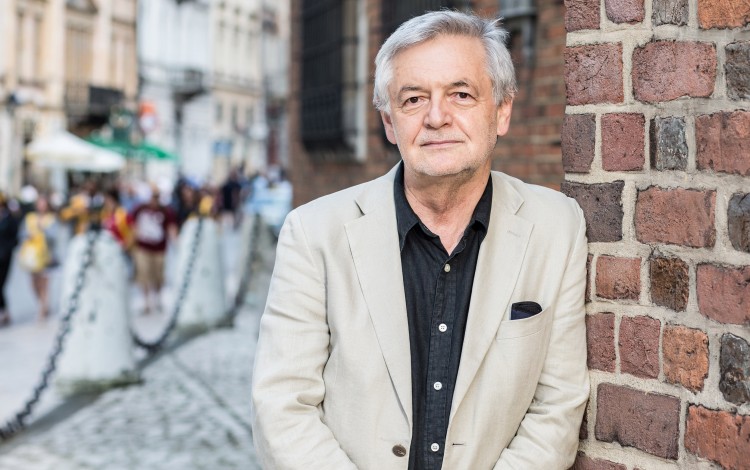 About the interviewee: Jan Pieklo is the Polish Ambassador to Ukraine
Business Ukraine magazine

You began your diplomatic mission to Ukraine in late summer 2016. What are your key priorities as you take on the role of Polish Ambassador to Ukraine during this decisive period in Ukraine’s post-Soviet history?

I would like to continue the mission of my predecessors and to build on the joint PL-UA declaration signed on 24 August 2016 by the presidents of both our countries during the official visit of President Andrzej Duda to Kyiv. All the major political groups in Poland agree on the importance of strategic partnership with Ukraine and on the urgent need to support Kyiv’s closer integration into EU and Euro-Atlantic structures. Poland was the first country to recognize Ukraine’s independence. Since then, our Eastern neighbours have been receiving our support. At the time of the Orange Revolution, then during the Revolution of Dignity and subsequent Russian aggression, Poles have been providing help, organizing humanitarian convoys and lobbying on behalf of Kyiv in various European and overseas capitals. Poland and Sweden worked together to create the original concept for the EU’s Eastern Partnership initiative. The result was Ukraine’s Association Agreement with the EU, which anchors Ukraine within the European community.

What impact has the Russian hybrid war in Ukraine had on Polish defence doctrine and how has it shaped attitudes in Warsaw towards Poland’s Ukrainian policy?

Poland shared the same experience of Soviet domination as Ukraine. This has resulted in a good mutual understanding of the Russian threat to the stability and security of our European region. Russian hybrid war, the annexation of Crimea, and the dramatic developments in Eastern Ukraine all echo the tragic events of the past. Poland is now a member of NATO and the EU, but the Polish elite understands that Warsaw’s ongoing support for an independent and democratic Ukraine is the key to strengthening European security. History has taught us that good Polish-Ukrainian relations are crucial for our national interests. The results of the last NATO Summit in Warsaw proved that our allies also take the Russian security threat to Europe’s eastern flank seriously.

What practical role do you foresee for the Polish-Lithuanian-Ukrainian Brigade?

The Polish-Lithuanian-Ukrainian Brigade symbolizes the historical ties and cooperation between these three countries. At the same time, it is a useful instrument for multinational military collaboration between two NATO members and one neighbouring non-NATO country. It is a perfect tool for exchanging intelligence, providing training, organizing joint military drills, and preparing draft plans for strategic defence projects. The Brigade’s HQ is located in Lublin, Eastern Poland, close to the PL-UA border. As far as I am aware, a similar model of military cooperation is under consideration for Ukraine, Romania and Bulgaria.

Poland has long been Ukraine’s most vocal supporter within the EU. What practical steps can Poland offer to help facilitate greater Ukrainian integration into the European community of nations?

Poland’s assistance to Ukraine has a long history and operates on many levels. Throughout the past 25 years, Polish regions and municipalities have established working contacts with their Ukrainian counterparts. Using regional and EU funds, they have organized study tours and training for Ukrainian local officials. With the help of US funding, the PAUCI (trilateral intergovernmental Polish-American-Ukrainian Cooperation Initiative) grant program helps aid the transfer of Polish transformation knowhow to Ukrainian partners. I had the honor to work as PAUCI director for many years. Every year, the Polish MFA secures funds for development projects in Ukraine. Some of the fields of interest include Polish administrative decentralization reform experience, anticorruption measures, municipal management, and SME development. The other important area of Polish support for Ukraine’s European integration is civic society partnership. Numerous Polish individuals actively supported the Orange Revolution and Revolution of Dignity through humanitarian convoys or collecting funds for Ukrainian civic activists. Warsaw can also share its European integration experience and assist in the implementation of the AA and DCFTA agenda.

Anti-EU sentiment has gained prominence in Poland in recent months, mirroring similar processes across the continent. Is Ukraine in danger of arriving at the party just as the drinks run out?

I cannot agree that anti-EU attitudes are gaining prominence in Poland, which is one of the bigger beneficiaries of EU funds. However, the truth is that the EU currently faces an unprecedented crisis. Warsaw, in partnership with the V4 nations (Slovakia, Czech Republic and Hungary), is interested in reforming and strengthening the EU, not weakening it. Warsaw also supports the prospect of Ukraine’s EU membership. We believe that a democratic and independent Ukraine will contribute to the stability and prosperity of our continent, so we have to work closely together in order to achieve our common goal.

The recent decision by the Polish parliament to recognize the Volyn massacres of the WWII period as an act of genocide against the Polish people has served to remind both nations of the darkest chapters of Ukraine and Poland’s shared history. Meanwhile, official veneration for nationalist leader Stepan Bandera in post-Maidan Ukraine has also been seen by many in both Kyiv and Warsaw as dangerously provocative. What challenges do these historic wounds pose for contemporary bilateral relations?

History is important, but it should not overshadow recent policy or the goals of our Polish-Ukrainian strategic partnership. The recently released film “Volyn” (a Polish-made movie depicting the WWII-era massacres that has sparked criticism by some in Ukraine – Ed.) is not a documentary, but rather represents the artistic vision of an individual movie director. It is not an attempt to determine historical truth. The establishment of the Polish-Ukrainian committee of historians was a step in the right direction allowing joint work on historic documents in the archives that will help us to reach shared conclusions. Emotions are generally not very good advisers. We should concentrate on the current dynamic of Polish-Ukrainian relations, which has looked particularly positive in the last couple of months – from Polish President Andrzej Duda’s visit to Kyiv, through to the visit of Polish Minister of Foreign Affairs Witold Waszczykowski and talks with Ukrainian Prime Minister Volodymyr Groysman at Krynica’s Economic Forum.

Poland’s transformation since 1991 is often cited as the ideal model for Ukraine to follow. What can Ukraine learn from the Polish experience, and how applicable are these lessons to the contemporary Ukrainian context?

The Polish transformation took place at quite a different time and in a different political, security and economic environment. The EU was then at the peak of its enlargement capacity. Russia didn’t pose any serious threat to the West. The European economy was doing fine. It is impossible to copy the Polish transformation patterns of the 1990s directly, but some elements like administrative reform, decentralization and anticorruption policy could be helpful for Ukraine. Russian aggression must also be taken into account, but this factor could actually work as a strong stimulator to speed up Ukrainian reforms.

Which areas of the Ukrainian economy offer the best prospects for Polish investors and Polish businesses?

Taking into account the geographical proximity of our two countries and the diversified structure of the Polish economy, combined with the economic situation in Ukraine (a decline in production and imports over the past two years coupled with under-investment) it is fair to say that almost all areas of the Ukrainian economy are potentially interesting for Polish investors. The potential for further cooperation is huge. Polish companies could be particularly interested in investing in sectors that currently dominate in the structure of Polish exports, like the electromechanical industry, agri-food, chemicals, and construction materials. I see great potential in the banking and finance sector (currently almost half of Polish investments in Ukrainie are located in this sector). There is also significant potential for cooperation and Polish engagement in Ukraine’s energy efficiency industry. Ukraine has huge demand for energy saving technologies, while many Polish companies have developed interesting, modern and competitively priced solutions for this sector.

Economic integration with the EU will expand the scope of cooperation to other sectors of the Ukrainian economy. The resumption of Ukraine’s cooperation with the IMF, and, consequently, the inflow of financial resources from other sources like the World Bank and EBRD, will undoubtedly contribute to the stabilization of the macroeconomic and financial situation in the country. In turn, this will boost confidence among foreign investors, including those from Poland. It should be noted, however, that any increase of foreign investments will ultimately depend on improvement in the Ukrainian business and investment climate.

The Ukrainian community in Poland has expanded rapidly over the past two years. What challenges does this growth pose for Polish society, and how is it shaping Polish attitudes towards Ukraine?

The presence of a large Ukrainian community has so far caused no serious internal disputes in Poland or problems in bilateral relations with Ukraine. Moreover, Polish employers appreciate the role of their Ukrainian employees and constantly indicate the need to introduce further simplifications that would allow Ukrainians to work legally in Poland.

The presence of a large number of Ukrainian workers in Poland has become an important part of bilateral relations. The scale and dynamics of the phenomenon, as well as the attractiveness of the Polish labour market for citizens of Ukraine, is evident from the statistics. In 2008, the number of “declarations of intention to employ” citizens of Ukraine registered by Polish district labor offices amounted to less than 143,000, while the number of work permits for Ukrainians was just 5400. In the 2015, the number of “declarations of intention to employ” amounted to over 760,000 (or 97.5% of all registered declarations) and the number of work permits issued to Ukrainian citizens totaled over 50,000 (76.7% of all permits). Data for the first half of 2016 shows that these indicators have continued to grow rapidly. If the current dynamic remains stable, the number of Ukrainians working in Poland will significantly exceed one million by the end of the year.