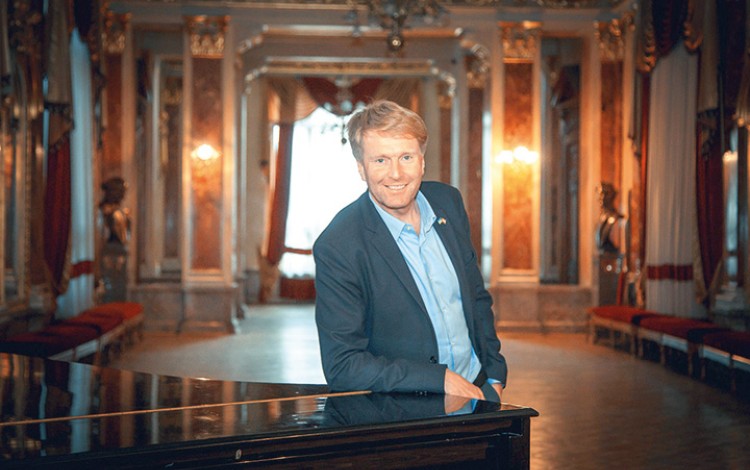 About the interviewee: Paul Tomandl is president of REISEWELT UKRAINE and Honorary Ambassador of Lviv City
Business Ukraine magazine

When Austrian Paul Tomandl first arrived in Ukraine in 2003, he never imagined he would find himself named as an Honorary Ambassador of the country’s cultural capital just over a decade later. Upper Austria native Mr. Tomandl originally came to Ukraine to take up an executive role at a waste management project. This position saw him travel extensively across the country for around a decade. “This traveling gave me great insight into the natural beauty and hidden charms of Ukraine. It also provided me with a good idea of the situation in the hospitality sector,” he recalls.

The events surrounding the Euro 2012 football championships in Ukraine served to convince Mr. Tomandl of the country’s international tourism potential and led him to establish Lviv-based travel and events company REISEWELT UKRAINE. He has since developed the company’s agenda to include everything from outdoors adventure holidays in the Carpathian Mountains and the Danube Delta to glitzy corporate events in Lviv’s splendid palaces and venerable concert halls. Many of Reisewelt Ukraine’s customers come from Austria and Germany in search of an authentically Ukrainian experience. VIP corporate clients have included the likes of FC Bayern Munich, Kia Motors, and Konrad Adenauer Stiftung.

The invitation to become an Honorary Ambassador for Lviv came two years ago. Mr. Tomandl says it was both a surprise and an honor. He sees it as an opportunity to contribute to the evolution of the city as an international tourism destination. “When I received the Honorary Ambassador invitation from the municipal authorities in November 2015, it really made me feel welcome and let me know that my efforts to promote Lviv had not been in vain. It came at a difficult time for the city when many members of the foreign community were leaving due to the challenging economic environment. I had decided to stay and to work with the local community to improve the situation, so it was doubly gratifying to receive such recognition.”

Being an Honorary Ambassador has raised Mr. Tomandl’s profile and amplified his existing efforts to promote Lviv internationally. “It is a chance to do something positive for the city,” he says. “As an Honorary Ambassador, I should be a beacon, somebody who is both prominent and well respected. My strategy as Honorary Lviv Ambassador is basically the same as the city’s broader agenda – to promote Lviv as a tourist destination and as a venue for corporate events.”

Like many international visitors to the capital of West Ukraine, Mr. Tomandl raves about the city’s enchanting ambience and fairytale architecture. His Austrian roots only add to this infatuation, lending Lviv’s lazy boulevards and pastel facades a familiarity that has helped him to feel comfortable from the very beginning of his Ukrainian odyssey. “There is a coziness and congeniality about the city that I simply love. As an Austrian, I feel completely at home here. So many things remind me of Austria, from the historical buildings and the big wooden doors to the urban layout and the small side streets. I must also point out that Lviv coffee often tastes better than Viennese!”

Lviv is widely seen as Ukraine’s tourism capital, leading the country in terms of tourist-friendly policy and attracting increasingly enthusiastic reviews in the international media. After more than a decade of promotional efforts by the Lviv City Council and private sector partners, the city now regularly features among the top new European tourist destinations as is often referred to as the next Prague or Krakow. Mr. Tomandl has witnessed the improving Lviv tourism environment firsthand but remains convinced the best is yet to come. “Lviv is not yet a genuinely major player on the international tourism market. It is still something of a hidden gem but it can offer memorable moments, authentic interaction, friendly welcomes and fantastic cuisine. We try to make sure our guests encounter these qualities while in Lviv. The city has incredible charm and an amazing historical ensemble of styles and influences from different epochs, combined with all manner of high-tech innovations driven by today’s booming Lviv IT scene. I personally appreciate the development of the city in recent years. We are clearly moving in the right direction. Sometimes this process is as bumpy as the cobblestones of Lviv’s ancient streets, but the road to progress is never smooth anywhere in the world!”