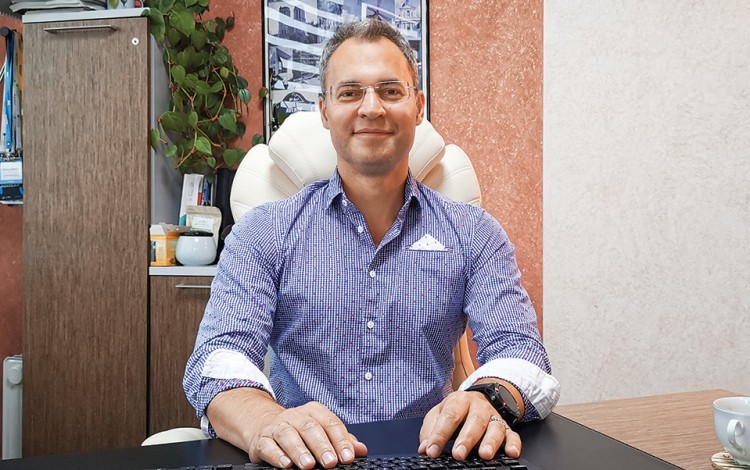 Over the past year, Ukraine’s retail sector has seen some of the country’s largest real estate transactions, with mall complexes changing hands as major investors bet on further retail growth. The industry has also attracted headlines thanks to the recent arrival of global brand names such as H&M and Decathlon. Meanwhile, a number of gigantic new hyper-malls are set to open to the Kyiv public in the coming months, adding yet more retail options for the increasingly well-served Ukrainian capital. This sustained spike in retail-related activity reflects the improving fortunes of a sector that is experiencing a period of steady if unspectacular expansion as rising salaries and GDP growth continue to boost the spending power of Ukrainian consumers.

Arricano Real Estate Plc is at the forefront of the Ukrainian retail sector’s upwards trajectory, with its recently published 2018 annual report highlighting a fourth consecutive year of double-digit growth in dollar terms. The publicly listed company is among the leading retail real estate developers and operators of shopping centers in Ukraine, with a portfolio of five malls and a sixth currently under construction in Kyiv’s Lukyanivka district. Arricano’s net operating income of USD 20.9 million in 2018 represents year-on-year growth of 15% and is virtually double the USD 10.8 million reported five years previously in 2014, placing it well ahead of Ukraine’s broader retail industry curve. Arricano Real Estate Plc CEO Mike Merkulov attributes this strong performance to a culture of innovation within the company and argues that tech-friendly thinking is now an essential ingredient for anyone hoping to survive in the rapidly changing Ukrainian retail environment.

“The entire international retail industry is currently going through a period of transition. There are a lot of disruptive factors such as the rise of e-commerce and changing consumer behavior,” observes Merkulov. In Ukraine, retailers have had to accommodate these global trends while also addressing the challenges created by an economy struggling with the impact of geopolitical instability and military conflict in the east of the country. For Arricano, this has meant a radical rethink of corporate strategy, with the process beginning in 2015 as the scale of the changes taking place on the Ukrainian retail market first became apparent. This produced a new risk-sharing model that has redefined the relationship between the company and its shopping mall tenants. Instead of relying on a flat rental fee, the company introduced an additional revenue-based component to rental agreements, creating levels of partnership that required far closer cooperation than ever before. This conscious step away from the traditional and more passive model of retail real estate management has significantly reduced the distance between Arricano and the purchasing public. The company must now adopt a more hands-on approach to getting the right tenant mix, while also offering existing retailers as much support as possible. This often means introducing tenants to cutting-edge technologies and helping them find new ways of engaging with consumers who expect ever-improving levels of convenience.

“When we reevaluated our corporate strategy in 2015, one of the riskiest decisions we took was to make turnover per square meter a key goal, despite the fact that this was not something we could directly influence,” recalls Merkulov. “Our logic was simple: if our tenants do not grow, then we will not grow either.” This led to a number of measures designed to stimulate better sales among existing tenants, with Arricano organizing free sales training for shop personnel. Held in the cinema halls of shopping centers during morning lulls, these training sessions were soon attracting hundreds of participants and led to upswings in sales. This year, Arricano has also opened up its digital platforms to tenants, providing access to the company’s more than 200,000 followers across a variety of social media including Instagram, YouTube, and Facebook. “The paradigm is shifting,” says Merkulov. “We are now here to support our tenants in their growth, rather than simply pushing them for higher rents. This is what I like most about our current relationship.”

Inevitably, not every retailer is able to meet the expectations implicit in the partnership model established by Arricano. Although tenants know they can expect support if they are not performing, they are also aware that they will eventually be replaced if there are no improvements. Changes also sometimes become necessary in response to shifts taking place in the local and national environments. When Ukraine’s hryvnia currency tumbled to historic lows in early 2015, Arricano replaced 50% of retailers at one mall in order to adapt to the new consumer realities of the market.

Although occupancy rates at present are close to 100%, Merkulov says his team are constantly on the hunt for new retailers in order to achieve the perfect balance of tenants. This is not an exact science and necessarily varies from mall to mall based on the characteristics of the local environment. As an example, Merkulov points to the recent growth in sales of sporting goods at an Arricano mall situated in Left Bank Kyiv, something he associates with a trend towards healthier lifestyles in the largely residential surrounding neighborhood. “A shopping center is a living organism that you cannot simply rent out and forget about,” he comments.

Merkulov says innovation will remain at the core of Arricano’s corporate philosophy as the company looks to maintain its competitive advantages in an industry with a long record of embracing new technologies. While acknowledging the dramatic impact of e-commerce on traditional retail models, he rejects the zero-sum thinking that led many e-sales evangelists to proclaim the death of offline shopping. Instead, Merkulov envisages the next generation of malls as lifestyle hubs offering an experience that goes beyond traditional shopping to embrace a far wider range of activities from dining to entertainment, work and socializing. “The philosophy underpinning the malls of the future will be ‘live, work, play’, and there will be fewer and fewer reasons for visitors to go elsewhere,” predicts the Arricano CEO. “People will still come to malls in order to buy things, but they will expect greater emotional engagement and convenience. E-commerce has its own limitations in terms of the shopping experience it can offer. You cannot try on clothing virtually, for example, or get a feel for the quality of goods. Having said that, it is difficult to imagine malls in five or ten years with people still carrying their purchases around in shopping bags. Instead, things will probably be delivered direct to your home or packaged in a more practical manner.”

Merkulov sees it as his task to anticipate expectations on the fast-developing retail market. Arricano experts are currently working with Ukrainian IT talent to fine tune a groundbreaking app that will serve as a shopping assistant. This digital tool should launch before the end of 2019 and will be available to all tenants. It will allow users to enter their personal details in order to identify available clothing in their size, as well as other items tailored to their specific tastes. Meanwhile, the company’s new project in Kyiv’s Lukyanivka district, which is set for completion by 2021, already incorporates what Merkulov sees as the most important coming retail real estate trends. Plans for the Lukyanivska Shopping Center project feature several towers including a mix of co-working spaces and serviced apartments, creating stable and organic demand for the services offered inside the shopping center itself.

With a number of vast new mall complexes expected to open in Kyiv over the coming year, is there not a danger of retail oversupply? Merkulov admits to being somewhat skeptical towards the hyper-mall business model and questions whether many Kyiv residents with the requisite spending power also have the time to travel to these huge venues and spend the necessary hours exploring what is on offer. However, he expects the current growth trend in Ukraine’s consumer spending to continue in line with the gradually improving national economy, and points to rising international interest in the sector as further evidence that he is far from alone in adopting an optimistic outlook. “Over the past year, we have spoken to more international investors who are looking to enter the Ukrainian retail real estate market than during the previous three years put together. There are still problems relating to negative past experiences and rule of law issues, but there is clearly rising interest among funds, developers and investors.”

Merkulov remains convinced that the key to retail sector success in the coming years will be keeping pace with rising expectations as Ukrainian consumers become increasingly demanding. “Our strategic priorities are educating tenants on what technologies are available and providing access to new tools,” he says. “Ultimately, retail itself is not the problem. If we look around us, people are actually consuming more and more. The problem is retailers losing touch with their clients. We just need to make sure we have the tools in place to maintain this relationship as it evolves.”