EU in denial over Russian infowar 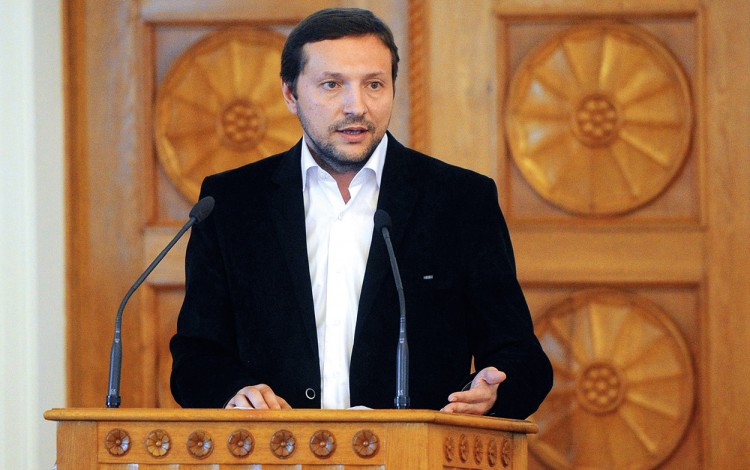 In late January 2016, a watershed event took place in Germany. Thousands of Russian-speaking German residents took to the streets to protest over the alleged sexual assault of a Russian-speaking teenager in Berlin at the hands of an ‘Arabic-looking’ gang. The protests where fuelled by lurid coverage of the allegations on Kremlin-controlled Russian language news channels. A host of Russian politicians – including Foreign Minister Sergei Lavrov – added to the scandal by accusing the German authorities of a cover-up. Inflammatory and emotive social media posts helped amplify the mood of anger among Germany’s multi-million strong Russian-speaking population. There was only one problem – the alleged sexual assault never took place. Germany had just experienced its first major Russian information attack. Putin’s hybrid war had arrived in the heart of the EU, and it appeared to be targeting the immigration policies of Germany’s Chancellor Merkel herself.

When Business Ukraine magazine sat down for an interview with Ukrainian Minister of Information Policy Yuriy Stets in early February, the implications of this information attack where still being gradually digested by many in Germany and beyond. For Minister Stets, there was nothing particularly surprising about this expansion of the Russian information war. On the contrary, he seemed to regard it as vindication of his many warnings to Ukraine’s EU partners about the growing danger they faced.

“I have tried to explain on many occasions that this is not just a hybrid war between Russia and Ukraine,” he says. “This is a direct confrontation between the value systems promoted by Russia and the world’s developed democracies. We in Ukraine understand the risks posed by Russian infowar tactics and are able to estimate the dangers. Unfortunately, our European partners have yet to fully appreciate the scale of the danger. They continue to underestimate the threat posed by Russian propaganda. Tactics that worked in Ukraine will inevitably be deployed against the EU. This process has already begun – the recent example of the Russian-speaking girl in Berlin is just the beginning. The question is whether the European Union and the European Commission are prepared to take the necessary precautions. I am convinced they are not.”

Despite his bleak appraisal of Europe’s apparent lack of readiness to resist Russian information attacks, Ukraine’s Minister of Information Policy has some sympathy for his European colleagues. “Just over two years ago, nobody in Ukraine could have imagined we would be at war with our neighbour. Anyone who had said so at the time would have been regarded as insane,” he offers.

Nevertheless, his message to Ukraine’s EU partners is one of considerable urgency. “People have been in denial over information aggression for a long time. This is not the case for everyone in the EU – the Baltic States and Poland appear to be well aware of the dangers – but countries located further away from Russia continue to believe that the threat does not apply to them. I would like to remind these countries about the lessons of World War II, when many people also believed that Hitler’s initial acts of aggression did not concern them. They were mistaken.”

Unsurprisingly, he argues that the European fight back needs to begin with greater support for Ukraine. “Do they really believe this is an exclusively Ukrainian conflict? They are wrong – we are merely on the front lines. This is a war of values. Europe needs to help itself by helping us.”

Discussing Europe’s information security concerns seems to come as a welcome change for Stets, who has spent much of the past year defending his own ministry’s very existence. The former TV executive was appointed to head the newly created Ministry of Information Policy in December 2014 and immediately found himself at the centre of a firestorm of accusations. Critics of the ministry likened it to the Ministry of Truth in George Orwell’s dystopian novel ‘1984’. Images of Stets as an Orwellian ‘Big Brother’ soon began circulating on social media and appearing on placards at rallies opposed to the creation of the ministry.  This initial opposition was understandable. At the time, it was widely assumed that the ministry would seek to exert control over Ukrainian media output and serve as a state censor. In a country recovering from the trauma of a pro-democracy revolution and still engaged in an existential struggle with an authoritarian neighbour, the mere suggestion of a return to state censorship was enough to generate howls of protest.

One year later, these early concerns appear to have been misplaced. The Ministry of Information Policy has not engaged in censorship or faced any accusations of muzzling the Ukrainian media, despite all the hype that accompanied its creation. Stets believes the critics have been proved emphatically wrong and argues that his ministry has an essential role to play in the country’s future security. “People who read Orwell should also read Churchill,” he quips. “Those who opposed the creation of the ministry need to study the information strategies of countries like Israel and America. They need to learn about the activities of the British government under Churchill during WWII, when similar information bodies were established.”

As a former senior executive at Ukraine’s pioneering ‘5 Kanal’ TV news channel (owned by current Ukrainian President Petro Poroshenko), Stets was at the forefront of efforts to develop independent TV news coverage in the country. He was one of the leading lights when 5 Kanal first emerged as a bastion of non-state broadcasting during the run-up to the 2004 Orange Revolution, and as such has impressive credentials as an advocate of media freedoms. He speaks with undisguised passion about the importance of free speech, but also rules out any return to state censorship on purely practical grounds. “You’d have to be crazy to try to introduce censorship in a country that has experienced an uprising like Ukraine’s Euromaidan Revolution. First of all, attitudes in society towards state censorship have undergone a complete transformation. Secondly, any attempts to censor the Ukrainian press would be all over social media in a matter of minutes.”

While it is clear that the Ministry of Information Policy has not become a platform for state censorship, it is perhaps less clear exactly what the role and functions of the ministry are. When he took on the role of Minister of Information Policy, Stets identified four key objectives: reform of Ukraine’s international broadcasting, development of a national information security strategy, expansion of Ukrainian media broadcasting in the east Ukraine conflict zone, and reform of the Ukrainian government’s communications policy. He felt that sufficient progress had been made on all four fronts to tender his resignation in December 2015, but has since agreed to remain in office and continue his work. Stets claims that much of this progress has taken place behind the scenes and has yet to reach the implementation stage, leading to a lack of awareness among the public about the ministry’s activities. He says he now plans to continue pushing this agenda in 2016, with the added priority of working to protect the rights of journalists in Occupied Crimea.

The Ministry of Information Policy is desperately short of resources, even by the modest standards of the cash-strapped Ukrainian government. Stets proudly states that the ministry has no drivers on its staff – a significant claim given the traditional Ukrainian enthusiasm for ministerial cars and chauffeurs. This lack of resources has placed limitations on the ministry’s objectives and forces Stets and his colleagues to forge international alliances. Some of the ministry’s biggest successes, such as the expansion of Ukrainian TV and radio broadcasting in east Ukraine, have only proved possible thanks to the support of foreign partners. Other well-received ministerial initiatives have included the programme to embed international journalists with the Ukrainian military.

Information security in the age of hybrid warfare

Despite the material limitations facing his ministry, Stets has little time for those who question the necessity of its existence. The forty-year-old Ukrainian media veteran is a long-time advocate of the need for greater national information security. He regards the creation of the Ministry of Information Policy as a long overdue measure and an essential component of national security policy in the age of hybrid warfare. “When people living in peaceful countries criticize the creation of the Ministry of Information Policy, it does not surprise me. When Ukrainians who have never been to the conflict zone are critical, this also comes as no surprise, but I have a different perspective. I have been to the front lines in east Ukraine. I have seen the dismembered bodies. I do not want this carnage to continue. If somebody chooses to argue that the state does need an information security strategy, I would advise them to first visit the conflict zone and then tell me that Russian propaganda does not pose any danger. Let them take responsibility for the situation in the country and the losses we have suffered.”

There is a certain exasperation evident in much of what Stets says. This may be due to the fact his crusade for greater information security fell on deaf ears for so many years. He sees information attacks and economic attacks as the two key component parts of the hybrid warfare doctrine deployed by Russia against Ukraine, and claims to have been raising the alarm for much of the past decade. “Wars are no longer fought as direct military offensives,” he says. “The military component comes last, after the economic and information attacks have prepared the ground. Ukraine lost the economic war and then we lost the information war. Only then did the military stage of the conflict begin.”

Stets regards Russia’s current information offensive as part of a much longer-term campaign that began in the early 1990s and involved a range of levers in addition to the media. He points to the creation of entire intellectual Potemkin villages in post-Soviet Ukraine, with think tanks established by Russia specifically to promote notions such as Ukraine’s inability to function effectively without close ties to Russia. According to Stets, Ukrainian society was constantly being encouraged to see European integration as impractical, while the shared past with Russia was emphasized. “This did not all happen overnight,” he stresses. “We’ve been losing the information war for the last 25 years.”

The key challenge facing today’s Ukraine in the information sphere is finding the right balance between security and freedom. Ukraine’s post-Soviet progress has been marked by the emergence of one of the most pluralistic and diverse media landscapes in the region. Oligarchic ownership and editorial interference remain major concerns, but Ukraine has none of the direct state control that characterizes the media industries of most former Soviet republics. The Orange Revolution and the Euromaidan Revolution both helped to consolidate these free speech gains, resulting in a generation of young Ukrainians who regard direct state censorship as being largely a thing of the past.

This success is now under threat as the country seeks to defend itself against Russian information attack. With many Russian media outlets currently banned from Ukraine, the Kremlin is seeking alternative avenues in order to gain access to Ukrainian audiences. In this paranoid environment, it has become commonplace for any critics of the Ukrainian government to face accusations of working for Moscow. Political opponents will often exchange accusations of collaboration, leading to a climate of mutual suspicion and the erosion of public confidence in the media.