Targeted by the Kremlin troll army 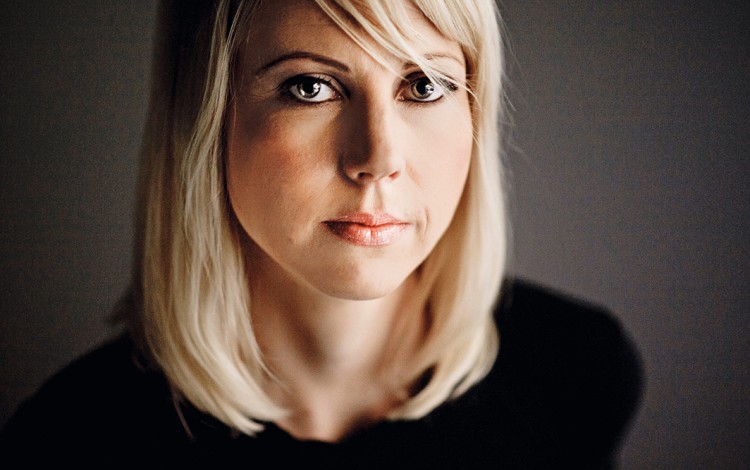 Russia’s infowar against Ukraine has rarely been out of the international media limelight over the past two years. This coverage has generally focused on Kremlin attempts to sow confusion and disguise the hybrid war in Ukraine by planting false narratives, flooding website comment sections, and sowing conspiracy theories. As a result, global audiences have learned about the existence of entire networks of so-called Kremlin troll factories, while marveling at the Russian media’s ability to manufacture entirely fake ‘news’ stories out of thin air.

Relatively little attention has been paid to parallel efforts by Kremlin activists to harass and discredit journalists seeking to expose the scale and extent of the Russian disinformation campaign. This underreported front in the infowar plays an important part in the wider conflict, serving to test the resolve of media professionals who are attempting to shed light on the Kremlin’s tactics. Finnish journalist Jessikka Aro, who works for the country’s Yle public broadcaster, has first-hand experience of the lengths pro-Russian activists are prepared to go in order to shut down the debate. For the past year, she has found herself on the end of a systematic hate campaign designed to destroy her professional credibility and scare her into silence.

Finland is a frontline country in the information battle raging over Ukraine. A former colony of the Tsarist Russian Empire, today’s Finland is an EU member state but not part of the NATO alliance. The Finnish experience during the Cold War is often held up as an example of the kind of acceptable geopolitical neutrality that Ukraine should be encouraged to adopt. Since the Ukraine crisis first erupted in late 2013, Russian infowar efforts in the country have sought to exploit suspicions about NATO while playing on anti-American sentiment and ignorance of Ukraine.

Attacks on Ms. Aro began almost as soon as she started reporting on Kremlin troll factories. The campaign against the Finnish journalist has since seen her vilified across a wide range of online platforms, harassed on social media, and subjected to abusive mobile phone calls and text messages – including one particularly distressing SMS claiming to be from her deceased father. Groundless accusations about her alleged professional misconduct have been forwarded to her colleagues and management at the Finnish national broadcaster, while senior members of the Finnish government have been informed of her supposed ties to foreign military and intelligence agencies. She has repeatedly been branded as a Russophobe, a media prostitute, and a NATO lackey, while also being accused of stifling free speech. Attempts to reason with the ringleaders of this systematic abuse have proved fruitless, producing offers to tone down the attacks coupled with demands that she cease her efforts to expose the Russian infowar and apologize.

Throughout it all, Ms. Aro has refused to bow to intimidation and has continued to report on Russian disinformation activities. She has spoken out publicly about the abuse she has suffered, becoming an unofficial spokesperson for journalists across the world who have been subjected to similarly coordinated campaigns of abuse and harassment. Despite her negative experience at the hands of pro-Russian online activists, Ms. Aro says she has no regrets about taking on the Kremlin troll army, and states that her commitment to investigative journalism remains unbroken. The Finnish reporter spoke to Business Ukraine magazine about the Russian infowar and explained why she thinks journalists require specific training in order to cope with the novel challenges presented by Kremlin trolls.

What made you decide to investigate the ‘Kremlin troll’ phenomenon?

Earlier on in my journalistic career, I served as a foreign affairs reporter. While in this role, I covered Russia as well as the issue of extremist propaganda. I have also studied and worked in Russia itself. I first read about the existence of pro-Russia trolls in the Russian and international media. In the autumn 2014, I noticed what appeared to be a new phenomenon - online pro-Russia propaganda trolls trying to influence not only Russian or international audiences, but also Finnish public figures. I decided to research this phenomenon because disinformation is a threat to Finnish freedom of speech and thus to our democracy. I decided that the best way to pursue this research was through a crowd-sourced investigation, so I invited Finnish people to share their experiences with me about pro-Russia trolls they had encountered online.

Did you ever feel physically threatened after you became a target of pro-Russian activists?

No, but when people are constantly agitating against you and being encouraged to abuse and defame you online, it is quite possible that someone might also take it upon themselves to commit physical violence against you.

How have the activities of pro-Russian activists affected the public debate in Finland over the war in Ukraine?

In various ways. My investigation has revealed that they have silenced many Finns by creating an atmosphere of fear and anxiety amongst people who criticize Russia online. They have mixed up what is true and what is not true, creating a sense of division between Finns as well as distrust among the public in general. One of the most alarming findings of my research was that Kremlin activists have succeeded in turning some ordinary Finns into pro-Russia propaganda distributors. While this is cause for concern, it is also important to stress that plenty of Finns have not been affected by the disinformation or trolling in any way.

Some commentators have claimed that the primary goal of Kremlin disinformation is not actually to convince anyone of Russian viewpoints, but rather to confuse audiences and sow doubt. What do you see as the key objectives of the pro-Russia activists you encountered?

In my investigation I identified a range of different goals. Creating confusion and doubt are just a few of the key objectives. They also try to justify the acts of the Russian political leadership and defend their agenda to both domestic and foreign audiences. They try to create an inflated sense of public support and attempt to give the impression that there are more genuine members of the public backing Russian policies than there actually are. They also have more focused political goals that are specific for individual countries or tailored towards certain audiences. For example, one goal among Finnish audiences is to create a divide between Finland and the other EU countries. Another goal is to influence Finnish politicians and persuade them to take decisions that are favorable to Russia’s political interests.

Have you been in contact with any journalistic colleagues in other countries who have been similarly targeted?

Based on your personal experience, what is the best way for journalists to counter the infowar tactics employed by the Kremlin?

Journalists need to receive training in order to help them identify and counter infowar activities, and to enable them to work in hostile situations and environments. Journalists also need to acknowledge that they might find themselves targeted psychologically. They need to prepare themselves for such an eventuality. It is important to understand that this harassment is not targeting you as an individual. It is an attack on the important journalistic work you are doing. The most important lesson of all is that journalists should not stop covering sensitive topics because of outside pressure.