GOOD NEIGHBOR: The new Business Ombudsman arrives in Kyiv from Poland with a long record of support for Ukraine 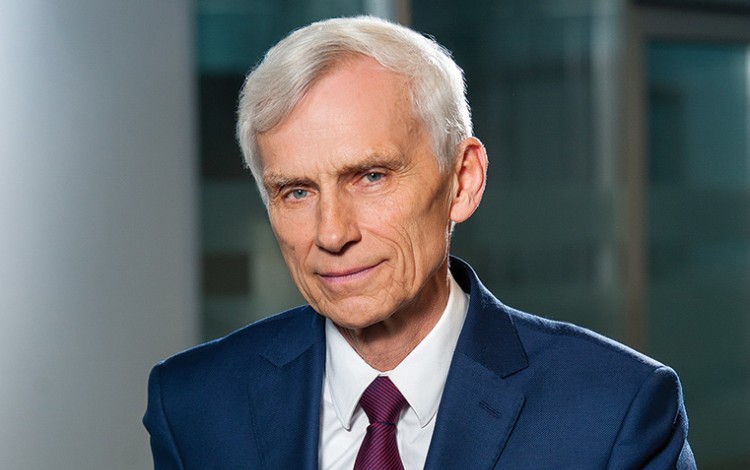 When Marcin Swiecicki took up his post as Ukraine’s new Business Ombudsman in October, his arrival in Kyiv was more homecoming than departure. The veteran Polish politician boasts an impressive CV of senior posts in his native country including Minister for Foreign Economic Relations, Deputy Economy Minister and Mayor of Warsaw, but for much of the past three decades, neighboring Ukraine has been prominent thread running through his career.

Swiecicki first came to Kyiv a quarter of a century ago in the early 1990s to take up a role with an international think tank. At the time, the goal was to support the initial stages of Ukraine’s post-Soviet economic transition. “Many of the recommendations we made then are still valid today,” he quips. This was to be one of two extended periods in the Ukrainian capital, with a second think tank posting lasting from 2007 until 2011. More recently, as a two-term member of the Polish parliament, he has spent the past eight years serving as deputy chair of the country’s parliamentary committee on Ukraine. “I was also the first Polish politician to speak on Maidan. I gave a speech the day before the Vilnius EU summit in November 2013,” he recalls, adding for good measure that he was a regular attendee of Euromaidan solidarity events in Warsaw throughout the tumultuous winter of 2013-14. Following the Revolution of Dignity, he also advised the Ukrainian government on local self-government reform.

This strong Ukraine background made Swiecicki a formidable candidate for the position of Business Ombudsman following the departure of Lithuanian Algirdas Semeta in mid-2019, with the Pole beating off competition from over 100 candidates during an international recruitment process in order to land the role. Semeta had been Ukraine’s first Business Ombudsman and Swiecicki is quick to praise his Baltic predecessor, noting the “very high standards” he set in everything from internal recruitment to building productive relationships with the various state bodies the Business Ombudsman Council aims to engage and influence.

Launched in spring 2015, the Business Ombudsman Council is a post-Maidan creation designed to serve as a bridge between the business community and the state. It is widely regarded as among Ukraine’s most effective innovations of the past six years, enjoying a reputation for constructive contributions that address private sector complaints while encouraging improvements to the business climate. Backed by a number of international donors and Ukraine’s largest business associations, the Business Ombudsman Council does not hold any official state authority and must instead rely on what Swiecicki refers to as soft power tools. “Advice, opinions and recommendations - this is our ammunition,” he says.

The results certainly speak for themselves. From May 2015 until the end of October 2019, the Business Ombudsman Council received over 6,000 complaints and helped Ukrainian businesses recover more than UAH 17 billion, while at the same time preparing in excess of 320 systemic recommendations for government agencies, over one-third of which have subsequently been implemented. The Council has genuine nationwide reach, with more than half of all complaints coming from beyond the Kyiv region, and is regularly name-checked as a positive addition to the country’s business community.

Unsurprisingly, Swiecicki sees maintaining this impressive performance as one his chief tasks. He is hopeful that agreement will prove possible in the coming months on a long-awaited Ombudsman Law that promises to codify the status of the Business Ombudsman Council and pave the way for possible co-financing from the Ukrainian state budget. “This law would help solidify our position as an institution. It would send a signal that the Business Ombudsman Council is now an important and stable element of the country’s business architecture.”

Among the challenges he faces, Swiecicki identifies so-called raider attacks on businesses as being particularly problematic. “Rule of law, protection of property rights and the predictability of public officials are all very important for businesses,” he reflects. “Raiding, even if it only directly affects a relatively small number of individual companies, has the potential to negatively impact the entire business climate.” He advocates a two-pronged approach to the issue, with greater transparency in state registers serving to improve property rights, alongside the adoption of a tougher stance towards those implicated in raider schemes. “Even when these attacks are prevented and businesses are returned to their rightful owners, the perpetrators currently tend to go unpunished and are free to seek fresh targets. This absence of an effective deterrent cannot continue.”

With a two-to-four-year term ahead of him and an acquired taste for the broad historical sweep of events in today’s Ukraine, Swiecicki is setting his sights high. The Pole says that alongside the everyday work of improving the country’s business architecture and pushing back against corrupt practices, he hopes to make a meaningful contribution to Ukraine’s European integration aspirations. “I would like to convince the Ukrainian business and political communities that full implementation of the Association Agreement with the EU will be beneficial for the entire Ukrainian economy. It will facilitate trade, introduce EU standards, and attract international investors.”

For a man who has spent much of his career dividing his attentions between Poland’s own national transition and Ukraine’s significantly less straightforward post-Soviet journey, such sentiments are to be expected. “I find Ukraine’s struggle for a European future very moving,” he shares. “I like Ukrainians personally and I wish them the best. I think they deserve better and I believe it is possible. If Poland can be successful, why not Ukraine too?”