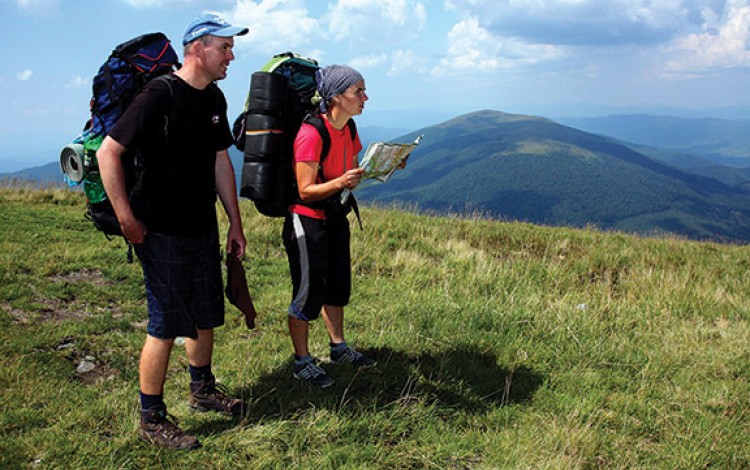 How many tourists visit Ukraine each year? The only honest answer to that question is that nobody really knows. The available state statistics suggest growing numbers of international visitors in recent years, with 14.8 million people crossing into Ukraine in 2017 compared to 13.6 in 2016. However, these figures include all foreign nationals entering the country. Moldovan citizens currently account for the highest number of visitors, followed by Belarusians and Russians, which strongly suggests that this cross-border traffic does not represent tourism in any traditional sense. Instead, the key reasons for Ukraine’s post-Soviet neighbors to pay a visit tend to include work, shopping or family visits.

One country from Ukraine’s neighborhood that does not currently feature on the list of the country’s top visitors is Romania. Despite sharing a border with four Ukrainian regions (Uzhgorod, Ivano-Frankivsk, Chernivtsi and Odesa administrative oblasts), relatively few Romanians visit Ukraine for tourism purposes. The official stats for 2017 show just over three-quarters of a million Romanian arrivals, but this total does not reflect the reality of the situation. “The real figure is much lower and is possibly less than 100,000 Romanian tourists,” says Ukrainian Deputy Minister for Economic Development and Trade Mikhail Titarchuk, who is responsible for the country’s tourism trade. He believes that the Ukrainian tourism industry must look to the country’s immediate neighbors as its primary non-domestic market, and is hopeful that closer bilateral cooperation and improved connections can help attract Romanian tourists to Ukraine in far greater numbers.

Thirty-something Titarchuk represents the new generation of senior Ukrainian government officials, a role he underlines by arriving to chat with Business Ukraine magazine on a hipster-friendly electric scooter. However, there is nothing faddish or frivolous about his pragmatic vision for the Ukrainian tourism industry. Tourism is one of Titarchuk’s portfolios at the Ministry of Economic Development and Trade, and it is a sector commonly regarded as brimming with potential. Ukraine’s tourism industry remains in its infancy, with Lviv, Odesa and Kyiv the only Ukrainian cities able to boast of anything approaching an international profile. Part of the problem is Ukraine’s lack of accessibility. “Logistics is always going to be a key factor for tourists,” says Titarchuk. “When we talk about boosting the numbers of Romanian tourists, we clearly need more flights between Bucharest and Ukraine, better border crossings, more convenient rail connections, and ferry crossings.”

The situation is already showing some signs of improvement. Titarchuk points to the recent progress made upgrading the Odesa Oblast highway linking the Black Sea port city with the Romanian border region. He says this is one example of how the two countries are gradually coming closer together. “The Odesa-Reni road is now 90% complete. It used to take seven hours to reach Izmail but the journey can now be done in two to three hours.”

However, frustrations remain over the failure to upgrade outdated and inconvenient border crossing facilities along the Romanian-Ukrainian border. The EU had allocated significant funding for a project designed to modernize Ukrainian border crossings with Romania, Hungary, Slovakia and Poland, but the almost EUR 30 million initiative was cancelled in early 2018 due to dissatisfaction with Ukraine’s failure to meet its commitments.

Titarchuk is hopeful that bilateral cooperation with his Romanian colleagues will help to energize the relationship and overcome the kind of institutional obstacles that derailed the planned EU-funded border crossing improvements. A Romania-Ukraine Economic Commission met in July 2017 for what was the first such meeting in a decade. This led to the establishment of a working group on tourism that convened in Kyiv in December 2017 for its inaugural meeting. The goals of the working group, says Titarchuk, include creating greater tourism flows in both directions and exploring the possibilities of putting together mutual tour packages.

One of the focuses of the working group is the tourism potential of the Carpathian Mountains, which serve as one of the most attractive tourism assets for both Ukraine and Romania. Ukraine ratified the Carpathian Convention in May 2017, which promotes the idea of sustainable tourism and provides a framework for standardized tourism products across the numerous international borders of the Carpathian region. “The Carpathian Convention can serve as a platform for the development of Romanian tourism in Ukraine,” says Titarchuk. “We have not previously done a good job of promoting Ukraine among potential Romanian visitors, but the Carpathian Mountains are well-known and can help us to make the breakthrough.”

The Carpathian Mountains are particularly appealing to the tourism industry because they offer attractions throughout the year and are not limited to one particular season. “We can promote skiing throughout the winter months and outdoor activities for the rest of the year including everything from cycling and rafting to hiking and traditional camping holidays. Then there is the entire segment of health tourism. The spa resorts of the Carpathian region are already popular throughout post-Soviet markets.”

While the Carpathian Mountains can act as a gateway to greater Romanian tourism in Ukraine, Titarchuk sees it as only one element in a far wider process. Given the long history of Romanian involvement in southwestern Ukraine and in the Bessarabia region in particular, there is potential for the development of heritage tourism that could include excursions to places of historic importance and tours outlining particular aspects of Romanian history.

The Deputy Minister also identifies considerable scope for cooperation in the Black Sea cruise market. Both Romania and Ukraine can offer attractive Black Sea destinations for international cruise liners to consider. The challenge will be getting other Black Sea nations to join the initiative and present cruise companies with sufficiently diverse itineraries. The Russian occupation of Crimea creates considerable complications in this direction, but cruises often pass by geopolitical hotspots and contested regions in other parts of the world, so the Black Sea remains an interesting avenue to explore as Romanian and Ukrainian officials look for ways to boost tourism cooperation.

Ultimately, Titarchuk recognizes that much will depend on the practicalities of improving connections between the two countries. As we come towards the end of our conversation, he digs out his smartphone and searches for information on train services from Kyiv to Bucharest. “You see? The train journey currently takes twenty-seven hours,” he notes. This will have to change before Ukraine can expect to attract significant numbers of Romanian tourists, but the objective is a worthy one. Neighboring Romania is an obvious source of tourists for Ukraine. As Kyiv officials explore how to capitalize on the country’s untapped tourism potential, the immediate neighborhood would be the most logical place to start.

About the interviewee: Mikhail Titarchuk is Ukraine’s Deputy Minister for Economic Development and Trade