Interview: Turkey’s flagship carrier has been present in Ukraine for more than a quarter of a century 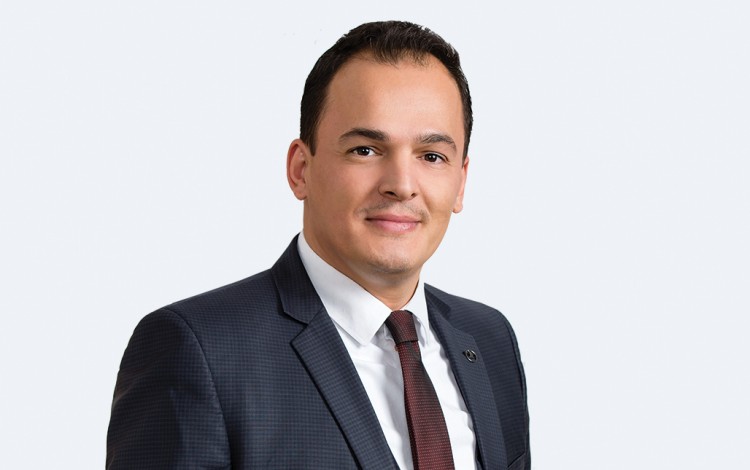 Turkish Airlines passenger volumes from Ukraine grew more than a quarter in 2018. How does 2019 compare so far?

During the first nine months of the current year, the volume of passengers carried to and from Ukraine increased by 17% compared to the same period in 2018. Ukraine plays a very important role in the airline’s flight network. The first flight from Kyiv was launched in 1993, and today Turkish Airlines has more than 70 flights a week (passenger and freight) from 6 Ukrainian cities: Kyiv, Odesa, Kharkiv, Lviv, Zaporizhia, and Kherson. Turkish Airlines is currently the only foreign carrier operating from Kyiv on wide-body A330 aircraft, providing passengers with the best flight experience possible. Generally speaking, Turkish Airlines is currently one of the fastest-growing airlines in the world with flights to 316 cities in 126 countries and an expanding network. During January-September 2019, the total number of passengers carried was around 56.4 million. International-to-international transfer passenger volumes increased by 3.9%.

The new Istanbul Airport was unveiled in late 2018 and immediately took its place as one of the largest and most innovative airports in the world. What does the opening of the Istanbul Airport mean for Ukrainian passengers flying with Turkish Airlines?

Istanbul Airport will indeed be one of the world’s biggest airports, with a current capacity of 90 million passengers per year and a 200 million passenger capacity once all phases are complete. The opening of Istanbul Airport has given Turkish Airlines the possibility to extend its activities further. In 2019, Turkish Airlines has launched new destinations such as Denpasar in Indonesia, Marrakech in Morocco, Sharjah in the U.A.E., Luxor in Egypt, and Mexico City and Cancun in Mexico. The airline is planning to launch flights to Rovaniemi in Finland in December.

Turkish Airlines launched a new weekly flight service from Kyiv to Turkish tourism hub Bodrum in April 2019. How has this route performed so far, and do you see potential for more flights arising from the growing number of Ukrainian tourists choosing Turkey as their holiday destination?

The Bodrum-Kyiv direct route was launched in April 2019 and operated every Saturday, once a week. We are very pleased with the opening of this new summer direct destination to meet Ukrainian passenger demand. We always aim to provide Ukrainian passengers with the best service and best possible flight experience during their trips.

In addition to Kyiv’s Boryspil International Airport, Turkish Airlines also currently flies from five different regional airports in Ukraine (Kharkiv, Kherson, Zaporizhia, Odesa and Lviv). What regional trends have you identified in 2019 and where do you see the strongest growth potential in the coming years?

During the last five years, Turkish Airlines has launched a number of new routes. This has included Kherson in 2014, Zaporizhia in 2015, and Kharkiv in 2017. One of the carrier’s main priorities has been to increase flight frequencies from its current destinations in Ukraine in order to provide more connections to and from Ukraine within our worldwide network. In 2018,  weekly flight frequencies to Lviv and Odesa increased to 10 and 21 flights respectively. In November 2018, flight frequencies to Kyiv increased from 16 to 21, and in February 2019 three additional frequencies were added between Istanbul and Kyiv. This means that the total number of Turkish Airlines flights between Istanbul and Kyiv is now 24 per week, and the total number of flights to Ukraine is more than 70 per week. With one of the youngest fleets in Europe including the new B787-9 Dreamliner, which joined the fleet for the first time in 2019, Turkish Airlines will continue to host passengers with safety and comfort.

Turkish Airlines currently ranks as the largest international airline operating in Ukraine in terms of passengers and flight destinations. With the Ukrainian air travel sector enjoying an unprecedented boom and new airlines entering the Ukrainian market every month, how do you intend to maintain your leading market position?

Ukraine has always been a country of importance for Turkish Airlines in terms of passenger volumes as well as cultural exchange. This is reflected in increasing passenger and cargo traffic potential. As one of the largest foreign carriers in Ukraine in terms of destinations and  cargo capacity, Turkish Airlines is proud to offer high-end services to its Ukrainian guests, and we are grateful for their trust and continued support.