As Austrian Ambassador to Ukraine Hermine Poppeller prepares to leave Kyiv, she says the Ukraine of 2019 is a far more optimistic and inspiring place than the traumatized country she first encountered upon her arrival four years ago 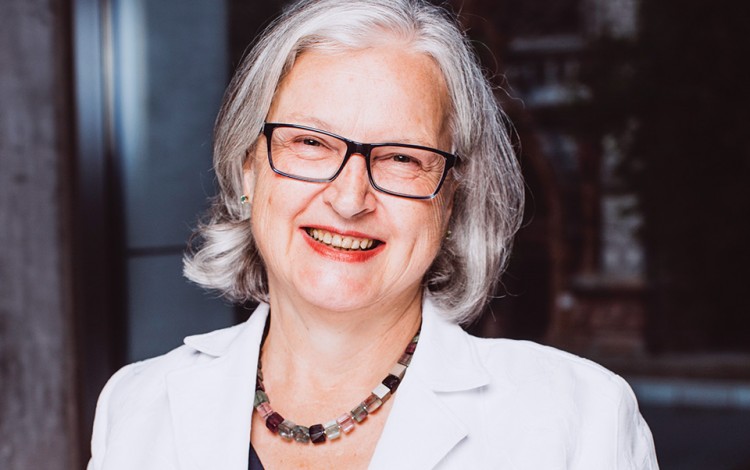 Summer 2019 marks something of a changing of the guard for Ukraine’s diplomatic community. Among the many ambassadors preparing to complete their diplomatic missions to Kyiv, few have made more of a mark than Austrian Ambassador Hermine Poppeller. Since arriving in the Ukrainian capital in spring 2015, she has been a prominent presence in the political, diplomatic and cultural life of the city, helping Austria to maintain its position as a top ten international investor in Ukraine while launching numerous ambitious bilateral initiatives like the current Austria-Ukraine Cultural Year.

Ambassador Poppeller’s time in Kyiv has coincided with one of the most turbulent periods in modern Ukrainian history. Looking back, she concedes that things looked bleak when she first took up her posting four years ago, and speaks of the ‘remarkable changes’ she has since witnessed. “When I arrived in Ukraine, the mood was a very depressing one. The war in the east, the loss of Crimea, and the enormous economic crisis facing the country created an environment where many people did not seem to see a way out,” the diplomat recalls.

She says the first signs of recovery were already evident in early 2016, with the emergence of a new generation of businesses founded by young Ukrainians and the rise of the whole “Made in Ukraine” phenomenon. “It felt as if the country has rediscovered the courage to overcome the crisis,” she reflects. “They proved that change is possible. This is what sticks most in my mind.”

The often rapidly changing environment in post-Maidan Ukraine has had a significant impact on the day-to-day operations of the Austrian Embassy during Ambassador Poppeller’s tenure. In the first few years of her ambassadorial posting to Kyiv, she says she was obliged to spend much of her time engaged in interventions on behalf of Austrian companies facing difficulties in Ukraine. This kind of firefighting has long been an all-too-common feature of diplomatic life in Kyiv, but she notes that there is now significantly less need for such services, reflecting the gradual improvements in the country’s business climate brought about by the reforms of the past five years.

Austrian companies have long had an outsized presence in the Ukrainian economy with Austria traditionally featuring among the country’s leading ten international investment partners. This remains the case today, with sectors such as Ukraine’s booming renewable energy industry offering additional opportunities for newcomers alongside the many Austrian companies that have operated in Ukraine since the early years of the country’s independence.

Ambassador Poppeller is also enthusiastic about the rise of the Ukrainian IT sector, which has emerged in recent years as a major driver of the country’s post-crisis economic recovery. “Awareness is growing in Austria of Ukraine’s IT strengths, and this is helping to change perceptions about the country,” she says. “Austrians are increasingly recognizing the intellectual potential of today’s Ukrainian economy and are slowly moving beyond old associations with commodities and heavy industry.”

The Austrian Ambassador often returns to the theme of Ukraine’s international image, and has been active during her four-year posting in trying to challenge stereotypes and break down barriers. Perhaps the best example of these efforts is the current Austria-Ukraine Cultural Year, which involves hundreds of events taking place in both countries over the course of 2019 in a diverse array of fields from architecture and smart city innovation to choreography collaborations and more traditional classical music concerts. “The ultimate aim is to build networks of creative people so Austrians and Ukrainians can get to know each other better,” she says. “People who come to Ukraine from Austria are always surprised and impressed by what they encounter. This is encouraging, but it also tells us that we simply do not know enough about each other yet. In order to develop a more mutually beneficial relationship, it is vital to get past all the clichés associated with Ukraine about war and corruption. Culture is a good vehicle to achieve this goal, because it allows people to communicate directly from heart to heart.”

Ambassador Poppeller is convinced this kind of cultural interaction can play a significant role in Ukraine’s broader European integration ambitions, and sees it as a parallel process to the more formal legislative aspects of integration laid out in the country’s European Union Association Agreement. “The Association Agreement provides a clear roadmap for Ukraine and is extremely useful. One of the diplomatic community’s priorities is to make sure that reforms laid down on paper are implemented in practice. In tandem with this, we also need to support the social integration of Ukraine into the wider European community. This will involve a shift in perceptions that we cannot achieve overnight. It is a long-term process, and cultural dialogue has a big role to play.”

As she prepares to move on to her new diplomatic posting as Austrian Ambassador to Greece, Ms. Poppeller says she looks back on her time in Kyiv as four “interesting, exciting, and sometimes exhausting years.” Her key piece of advice to colleagues in the Ukrainian diplomatic community is to avoid becoming trapped in what many term as the “Kyiv bubble” of life in the Ukrainian capital. “It is important to engage with a wide a variety of people, not only the political classes in Kyiv. I would advise all diplomats to get out into the regions as much as possible in order to explore what is happening elsewhere in the country. Decentralization has been one of Ukraine’s most successful reforms and the developments it has made possible outside Kyiv are often amazing.”