Lieutenant-Colonel Kristopher Reeves: “Ukraine is a battle laboratory. If you want to understand hybrid warfare, you need to study Ukraine. You can see the whole spectrum of hybrid warfare in action here.” 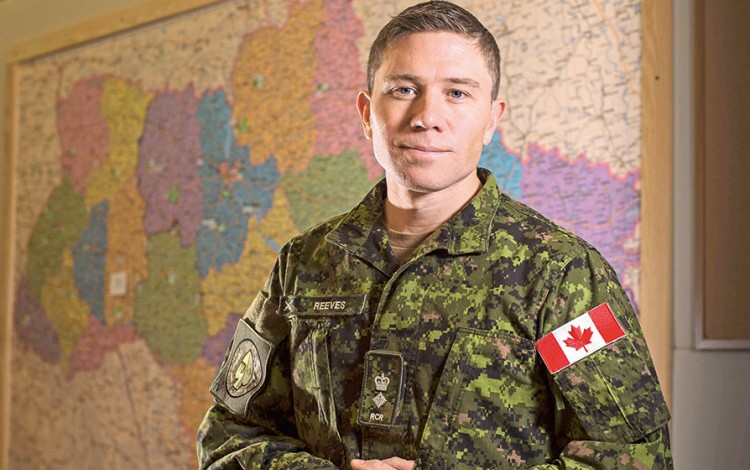 About the interviewee: Lieutenant-Colonel Kristopher Reeves is a Canadian Army officer and commander of Operation Unifier
Business Ukraine magazine

Since the outbreak of hostilities in the Donbas in 2014, NATO’s military training missions to Ukraine have received considerable media attention. However, the process is actually much more of a two-way street than outside observers might initially appreciate.

In many ways, Ukraine’s battle-hardened troops are actually in a better position than NATO forces to offer insights into the realities of twenty-first century hybrid warfare. While NATO nations have spent much of the past two decades engaged in counter-insurgency operations against paramilitaries and insurgents possessing limited arsenals, the Ukrainian soldiers currently undergoing training in the west of the country are typically fresh from the frontlines of a confrontation against hybrid Russian forces who are able to deploy the Kremlin’s most advanced military technologies.

“Ukraine is a battle laboratory. If you want to understand hybrid warfare, you need to study Ukraine,” says Lieutenant-Colonel Kristopher Reeves, the Canadian officer who serves as commander of Operation Unifier, Canada’s ongoing military training mission to Ukraine. “You can see the whole spectrum of hybrid warfare in action here.”

He cites numerous examples where Ukraine’s battlefield encounters have offered a window onto the tactics and capabilities that will shape the conflicts of the future, and highlights what he terms as the devastating impact of the electronic threat.

“We’ve seen the implications of soldiers having smartphones on the frontlines, which is not something that had previously been a major issue. We have become aware of the enemy’s ability to send text messages to individual soldiers and to engage in other forms of psychological warfare. Drones have been jammed as soon as they are launched, while communications systems have served to attract accurate enemy artillery fire.”

The Canadian believes the unique combat experience Ukrainians are able to bring to the table will help build closer ties with the country’s allies. “This will make the relationship more of an actual partnership. Ukraine is a window for the entire Western world onto the realities of modern military aggression.”

Lieutenant-Colonel Reeves arrived in Ukraine in early autumn 2017 as the latest commander of a Canadian training mission to the country that began in 2015. The mission involves a presence of around 200 Canadian military personnel in Ukraine, alongside additional support elements in Canada itself.

The core focus of the training initiative is the development of Battle Group Training Centers that aim to aid Ukraine’s transition away from the Soviet model of massive military formations towards more mobile groups capable of responding rapidly to combat realities on the ground.

He speaks highly of the appetite for reform among the Ukrainian military, commenting that the willingness to adapt and improve he has encountered in Ukraine stands in contrast to the often ambiguous attitudes towards training during previous overseas deployments. “I’ve served in a lot of countries and have never seen such hunger for change and reform. Ukraine often comes in for criticism for not reforming fast enough, but the progress that has taken place in the military over the past two years is huge. Their attitude is nothing short of impressive and it helps to make this a very rewarding deployment.”