Can post-Maidan Ukraine become a free press haven for Russian journalists seeking to escape from the Kremlin-controlled Russian media environment? 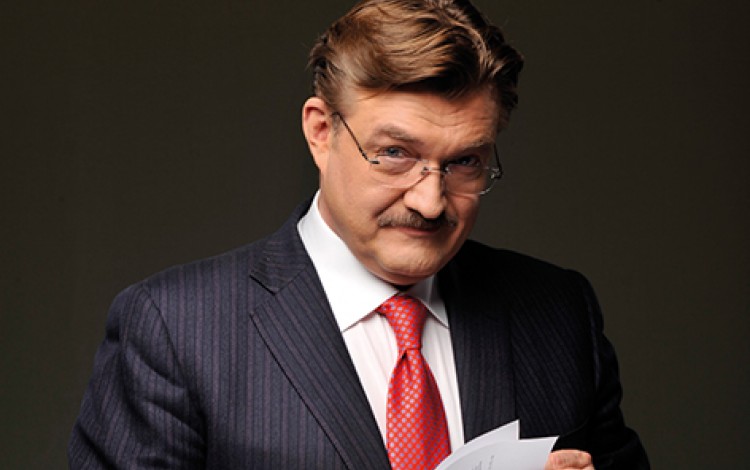 Since the advent of the Putin regime in 2000, the Russian media has increasingly fallen under the direct control of the Kremlin. This process has brought the brief 1990s flirtation with a free press to an end, creating a closely regimented media industry that has become a key weapon in the Kremlin’s infowar over Ukraine and against the Western world in general.

Faced with the choice of following the party line or scraping an existence on the few remaining independent fringes of the Russian media industry, many journalists have chosen to leave the country, with the comparatively free Ukrainian marketplace serving as an obvious destination. But while Ukraine offers numerous apparent advantages for Russian-speaking journalists, there are no guarantees that Ukrainian media managers and audiences will necessarily welcome dissidents from an industry which is widely blamed for enabling the Kremlin’s hybrid war in Crimea and east Ukraine. Business Ukraine magazine sat down with veteran Russian TV journalist Yevgeniy Kiselyov to discuss why he made the switch to Ukraine, and whether he sees Kyiv becoming a haven for Russian journalists seeking the freedom to practice their profession in peace.

Mr. Kiselyov currently hosts a popular weekly political talk show on Ukrainian national TV channel Inter. He is arguably the best known among a number of Russian journalists currently plying their trade in Ukraine, and has been a primetime presence on Ukrainian TV since arriving in the country in 2008. Initially, he viewed his Ukrainian residency in primarily economic terms, but has since come to regard it as an ideological choice. “Back in 2008, I came here for work purposes after I received a very interesting job proposition. Then bad things started to happen in Russia. I began to dislike Putin’s Russia more and more. Long before the assassination of Boris Nemtsov, I realized that it was no longer safe for me in Russia. So I started out in Ukraine as an economic migrant, and became a voluntary exile.”

Despite being a prominent member of the growing Russian journalistic community in Ukraine, Mr. Kiselyov is skeptical about the chances of the country emerging in the coming years as a haven for Russian journalists and as a serious counterweight to Kremlin propaganda efforts. He claims that attitudes towards Russians journalists in Ukraine are far from universally positive, and points to the conflict in east Ukraine as an aggravating factor. “Russophobia is not an invention. It is not a myth or a phantom. It exists in the minds of a segment of the Ukrainian public. It is not dominant, but it exists,” he says. The end result, he argues, is a professional climate in which managers may be inclined to hesitate before hiring Russian talent. Mr. Kiselyov states that while there are numerous Russian executives occupying senior positions in the Ukrainian media, they are generally loathe to recruit fellow Russians in order to avoid charges of cultural colonialism. Meanwhile, those already employed in Ukraine risk having their Russian identity used against them. “Sometimes when a Russian journalist like me starts asking Ukrainian politicians difficult questions the response is, ‘how can you, as a Russian citizen, ask me such things?’ It is very sad, but it is something I have often experienced,” he reflects.

Free speech as an optional extra

In the 1990s Mr. Kiselyov had been one of the most recognizable faces on Russian TV and a key figure in the emergence of a post-Soviet free press. A graduate of the Perestroika school of free speech, he was an innovative current affairs broadcaster in the years following the fall of Communism and one of the co-founders of NTV channel, which was widely praised during the transition from Soviet rule for its independent coverage of the First Chechen War and the social iniquities of the Yeltsin era. Mr. Kiselyov’s subsequent fall from grace in Russia is symptomatic of a process that saw the high journalistic standards of the 1990s replaced by a seductive combination of impressive production values and rigidly controlled content.

The switch towards today’s heavily censored Russian media environment did not happen overnight, and Mr. Kiselyov argues that the process was made possible by a series of high-profile dismissals which sowed fear among journalists and gradually made the new reality crystal clear to all those who wished to continue working in the media industry in Putin-era Russia. Those who felt differently, as well as members of the public who opposed the new regime, found themselves out of step with the realities of this new Russia. “I can vividly remember one of my colleagues saying to me that freedom of the press was no longer part of the basic commodities basket. This was part of the social contract struck between Putin and the Russian people – they were allowed to enrich themselves as long as they gave the Kremlin a free hand in politics.”

Mr. Kiselyov chose to leave Russia, but for colleagues who stayed behind and who refused to compromise with the Kremlin-controlled media system, employment opportunities soon became few and far between. “Journalism still exists in Russia, but it has been pushed out into the margins by a huge propaganda machine which is either directly or indirectly controlled by the state,” he says. “I can give you a very long and very sad list of all the once-prominent Russian journalists who are still active in their profession but who must constantly search for small niches where they can work. The other option is to become a loyal propagandist for the Kremlin. You can count the remaining independent media outlets on your fingers.”

The transformation of the Russian media landscape over the past 15 years has been widely documented, but the question remains of why the Russian public has seemingly accepted the return of such direct state control without a struggle. Mr. Kiselyov argues that the relatively subtle manner of the state takeover has played a key part in preventing widespread public opposition. “The Russian media still has very strong entertainment content,” he says. “They produce a range of good entertainment programmes. That’s the strange thing about Russian television today. On the one hand, it is pro-government propaganda, but on the other hand, it is very high-quality entertainment programming. This is one reason why so many people continue to watch it. If it was simply nonstop propaganda broadcasts for 24 hours a day, then it would start to irritate people. But when the propaganda is broadcast between a very nice love story designed for young mothers and a police serial watched by their husbands, it influences people on a subconscious level.”

Current infowar comes as no surprise

The Russian media has been widely cited as a key component in the Kremlin’s hybrid war against Ukraine, with Russian channels accused of employing everything from one-sided coverage to outright faked news in order to generate support for Putin’s undeclared Ukrainian war. This tactic has sparked a flurry of debate among Western strategists who seem to have been caught completely off-guard by the so-called weaponization of the media by the Kremin. Mr. Kiselyov does not share this sense of surprise, arguing that the power of the Russian media was amply demonstrated at the turn of the millennium when it was deployed to pave the way for the rise of Vladimir Putin. “How can 85% of Russian people support the war against Ukraine and believe in all the TV propaganda? In order to understand this phenomenon, we should first remember that it was the same at the end of the 1990s, when Putin was totally unknown to the Russian public. He was portrayed in the state-controlled Russian media as the savior of the nation and as the strong leader that everyone was longing for. As a result, he won a landslide victory.”

Mr. Kiselyov admits he no longer feels physically safe in Putin’s Russia, and regards himself as an exiled journalist who has been given little choice but to leave his homeland. He sees his former Russian colleagues as a key component in the Kremlin’s hybrid war tactics, and speaks with conviction of the fundamental differences between contemporary Ukrainian and Russian media cultures. “I have the freedom to do my job in Ukraine,” he says. Nevertheless, this icon of Russia’s brief flirtation with a free press is well aware that additional Russian journalists seeking to enter the Ukrainian market will have to contend with a considerable amount of skepticism from their Ukrainian colleagues.