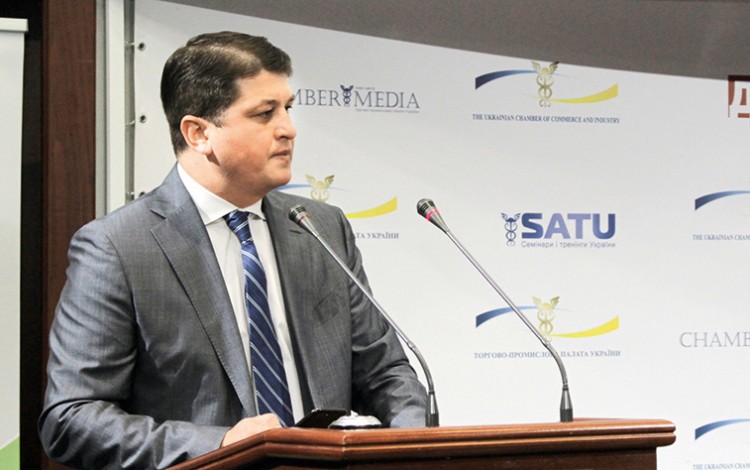 Today’s Ukraine is a contradictory country boasting numerous positive economic indicators while at the same time facing enormous political, social and security challenges. The ongoing military conflict with the Russian Federation in the east of the country serves to complicate the huge reform challenges that stand before Ukraine, while key domestic concerns include corruption, currency instability, and rule of law uncertainty. These issues have combined to prevent the emergence of an attractive investment environment despite the clear underlying appeal of Ukraine’s vast resources, advantageous location, and reform trajectory.

Ukraine rose just one place to eightieth position in the World Bank’s 2017 Doing Business report, reflecting a modest improvement in the Ukrainian business climate over the past year. There has been a concerted effort to reduce the number of regulatory acts and rules that suffocate the Ukrainian business environment. However, Ukraine has also fallen further behind on issues such as contract compliance.

Most analysts agree that foreign investment can play a decisive role in determining Ukraine’s wider national development. According to some experts, every single additional point gained in the World Bank’s Doing Business survey could be worth as much as USD 600 million in investment. In order to secure this kind of international investment, Ukraine must focus on improving the country’s attractiveness. The following five steps could help Ukraine provide the stability that fosters long-term investment.

With the support of our international partners, Ukraine must seek to end the conflict in eastern Ukraine as soon as possible. Ongoing hostilities in the Donbas are the key issue facing the country and lie at the heart of many interconnected challenges and problems. Obviously, war is a massive obstacle to any investment. There are virtually no examples of countries engaged in active military conflicts that have also boasted attractive investment profiles. In the post-Soviet region, it is enough to consider the case of Georgia, which saw a threefold decline in international investment flows following the brief war with Russia in summer 2008. This drop came despite the fact that Georgia was exactly the kind of reformist darling that today’s Ukraine now aspires to be. At the time of the war with Russia, Georgia had spent a number of years earning plaudits as the star performer in the annual Doing Business ranking. Even so, the military factor was enough to reverse these positive investment trends.

Contemporary Ukraine suffers from a highly infectious political disease called populism. The symptoms of this debilitating condition include endless sloganeering and relentless talk of change without any accompanying action. Ukraine desperately needs to move beyond the stage of declarations and begin actually implementing reforms. The country must become far more efficient and transparent in every way. This relates to everything from regulatory acts to the tax system. We need to provide a supportive environment for our SME sector. Our international partners can also help us to fight back against the epidemic of empty promises plaguing today’s Ukraine. We now have free trade agreements in place with the EU and Canada. We receive a lot of international technical assistance to help boost our foreign trade capacity, promote investment activities, and reform our public sector. I would not say this support is inefficient, but from my point of view, we need to create monitoring systems that would allow our partners to keep closer track of how this assistance is used and introduce penalties if necessary. We need more sticks to accompany the carrots.

We urgently need to build a competitive and transparent Ukrainian banking system in order to help the SME sector thrive. The SME sector is a priority issue for Ukraine due to the country’s weak and muzzled middle class. Thanks to corruption and successive political crises, our government has traditionally focused on securing the support of large Ukrainian enterprises. For more than 20 years, we have been slowly killing off our middle class instead of strengthening it. A functioning financial system can help to counter this problem and create a flourishing SME sector.

Despite the fact that Ukraine clearly needs greater international investment, we still lack the tools to protect the interests of international investors. The past few years have seen numerous initiatives to promote investment such as the launch of the Investment Promotion Office. However, there has been no progress towards state-backed guarantees or other forms of protection capable of attracting a new wave of otherwise wary international investors. As soon as possible, we need to offer guarantees to investors at the local and national levels. This needs to happen while the cleanup of the Ukrainian courts and legal system continues. Judicial transparency is crucial for Ukraine’s long-term investment appeal, but investor protection measures are an effective short-term solution.

In order to generate momentum, we need to know where we are going as a country. Ukraine must set itself clear objectives and then adopt them across society. We need to understand what kind of Ukraine we want to create by 2020 or 2030. Is it enough to become one of the world’s leading agricultural exporters? Do we want to become a hub of East-West economic interaction? Or is the goal to foster a new generation of IT innovation and create the next Facebook or iPhone? If we want to be competitive on a global scale, it is not enough to talk about reform and anti-corruption activities. We must have more ambitious and inspirational goals. This will boost domestic development while making the country much more attractive to outside investment.