INTERVIEW: Connecting Ukraine to the world via Istanbul 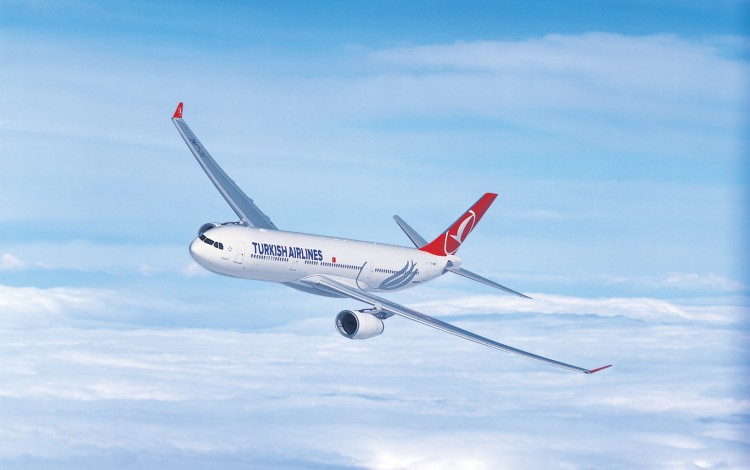 Turkish Airlines international flights via Istanbul have become a popular hub option for Ukrainian travelers. Which global destinations have proved the most popular among Ukrainian passengers transiting via Istanbul?

Are the majority of your passengers from Ukraine generally business travelers or tourists?

The percentage of travelers who fly for business and leisure purposes is almost equal. We have student passengers and seamen. To attract more business travelers we offer Ukrainian companies the Turkish Corporate Club programme, which allows companies to reduce travel expenses while enjoying other benefits.

How have the security situation in Ukraine and the devaluation of the Ukrainian currency impacted on your business over the past year?

It is evident that the security situation in Ukraine and the devaluation of the Ukrainian currency have influenced the aviation industry in Ukraine, as well as other countries in the region. Last year we had to stop services from Donetsk and Simferopil, but we have also added a new destination, Kherson, which is proving quite successful. We are currently the only global airline serving Kherson. We plan to continue our growth in Ukraine by increasing flight frequencies to current destinations and opening new routes.

The Ukrainian air travel sector is regarded as one of the most promising in the region. Which segments of the market do you think have the greatest potential for further growth?

I agree that the Ukrainian air travel sector has big potential. The present level of flights on offer does not meet existing levels of demand. The market needs more airlines and more competition in order to provide passengers with the most appropriate prices, connections and high quality services. Growth in the number of carriers on the Ukrainian market could also see tourist passengers switching from charter to regular flights.

Ukraine’s regional airports have attracted significant investment in recent years. Does Turkish Airlines have any plans to expand its regional services in Ukraine?

Thanks to Euro 2012, some regional Ukrainian airports were reconstructed and even rebuilt. But a large number of regional airports still don’t have sufficient facilities to receive international flights. Some don’t have CIP lounges for business class passengers, so in order to provide better service to our business class passengers, corporate customers and frequent travelers in Odesa, Turkish Airlines launched its own CIP lounge. Turkish Airlines plans to expand its newtwork within Ukraine - in the near future we plan to open flights between Zaporizhia and Istanbul, assuming we receive the necessary permission.

How important is the Ukrainian market for Turkish Airlines in terms of the airline’s regional market share?

The Ukrainian market is one of the most important markets for Turkish Airlines.
As well as passenger flights, we also operate two freighter flights per week. Turkish Airlines is the biggest foreign carrier in Ukraine in terms of destinations within the country, so I can say that our market share in Ukraine is quite high.

Turkish Airlines has one of the biggest networks in the world. Every year, this network expands via increased flight frequencies and the addition of new destinations, which gives the airline great potential to serve as a bridge between countries. In this context, we are looking to expand our network in Ukraine and serve as a bridge between Ukraine and the whole world. However, we are facing numerous obstacles to increasing our flight frequencies and to opening new destinations in Ukraine, mainly due to limited flight quotas and issues of reciprocity. Therefore, Turkish Airlines is focusing on rapidly increasing its flight frequencies and opening new destinations in other countries where flight quotas and reciprocity are not such significant issues.

About the author: M. Hakan Yilmaz is the Turkish Airlines General Manager in Kyiv