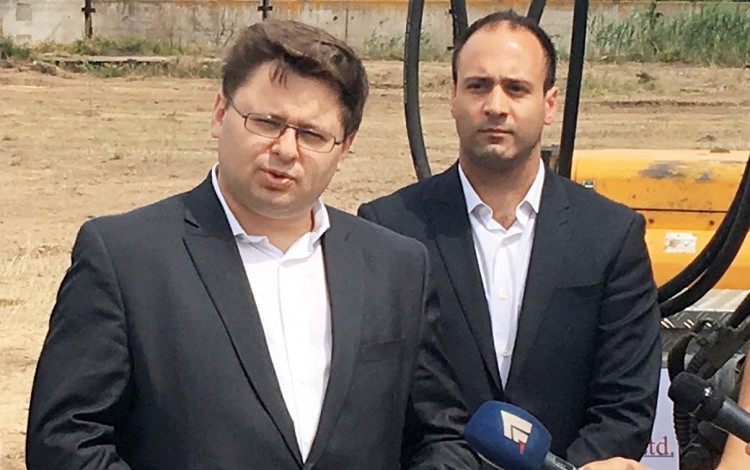 Ukraine’s international economic alignments are undergoing major changes. For obvious reasons, the media focus since 2014 has been largely on the country’s geopolitically sensitive pivot from Russian to EU markets. However, Ukraine also is branching out far beyond the European Union and broadening its commercial horizons in an unprecedented manner. One of the biggest breakthroughs of the past year in this direction has been the ratification of the Canada-Ukraine Free Trade Agreement (CUFTA).

This free trade deal paves the way for a strengthening of bilateral business ties between two countries that have long been close allies in the international arena. Canada is home to one of the world’s largest Ukrainian diaspora communities and was among the first countries to recognize Ukrainian independence in 1991. The advent of CUFTA now paves the way for far greater commercial cooperation.

One of the first major projects to take advantage of these new free trade opportunities is a Canadian solar energy plant currently under construction in the southern Ukrainian city of Nikopol. The ten megawatts project by TIU Canada is valued at around EUR 10 million. It is the first in a series of plants planned by the Canadian company for the sundrenched region north of the Black Sea.

Groundbreaking at the Nikopol plant site, which is located on land adjacent to the Nikopol Ferroalloy Plant in Dnipropetrovsk Oblast, took place in summer 2017. The plant will begin operations in mid-autumn. In the coming months, TIU Canada aims to start construction of an additional solar energy plant in nearby Kherson Oblast and begin work on three more in Mykolaiv Oblast. The target is to reach 20MW to 50MW of production by June 2018.

TIU Canada CEO Michael Yurkovich says a combination of factors drew his company to the Ukrainian renewables sector. He cites the country’s energy policy reforms and highly competitive green energy tariffs as key incentives, while also pointing to the advantages presented by CUFTA and the natural strengths Ukraine boasts as a solar energy producer. “TIU Canada was set up specifically to capitalize on the Ukrainian renewables market, the country’s energy reforms, and the Canada-Ukraine free trade agreement. Under the government of (Canadian Prime Minister) Justin Trudeau, we saw increased efforts to try to improve Ukrainian market access for Canadian companies. At the same time, Ukraine is among the top six countries in the world in terms of solar radiation. All this made it a very interesting market to be part of.”

In addition to enjoying the advantages of CUFTA and enhanced bilateral governmental cooperation, TIU Canada also benefits from being able to draw on Canada’s own energy sector experience, which is in many ways particularly relevant to today’s Ukrainian market. Ukraine’s post-2014 energy policy has borrowed from existing Alberta legislation, while the demands of the sector in Ukraine allow TIU Canada to apply experience gained by its parent company over decades of involvement in the Canadian energy sector. “When the IMF prioritized renewable energy in Ukraine, we recognized that the core competencies of Canada created considerable investment opportunities for us in Ukraine. We see strong parallels between Ukraine’s current energy independence efforts and the 1980s-2010s hydrocarbons boom in Canada,” says Mr. Yurkovich.

Ukraine’s current green energy tariffs are among the highest in the world and serve as a major contributing factor driving the sector’s investment appeal. While this is helping to draw attention to the renewables market in Ukraine, concerns remain that Ukraine’s current green tariffs policy may be subject to future review or reversal. Mr. Yurkovich acknowledges the potential risks this poses, but says the Ukrainian authorities have every reason to maintain favorable investment conditions in the market.

He points to the fact that TIU Canada’s investments fit well with the Ukrainian objective of greater energy independence, while also helping the country to reach the IMF target of 11% renewables by 2020. An additional factor is the influx of business-friendly officials into the government apparatus since 2014. “We believe the government is listening and is aware of the opportunities,” he says. “We have met a lot of young people in the current government who are former bankers or have backgrounds as executives in the private sector. There is a lot of support for investment-friendly policies within the Poroshenko government that was simply not there under previous administrations. These are people with young families or those looking to start families of their own. They want to build a country that is capable of providing jobs so that their children will not have to seek employment elsewhere in Europe. This is their WWII moment, their defining cultural moment as a nation.”

This bullish approach to Ukraine’s transitional narrative is slowly gaining ground following a few years marked by post-Maidan hesitancy and watch-and-see policies. Mr. Yurkovich says the broad investment picture for Ukraine is looking increasingly attractive.  “We are very strong proponents of Ukraine,” he stresses. “There are four main macro factors that serve as tailwinds for today’s Ukraine. These are market access to Europe, labor workforce scale and skill, raw material access points, and huge capacity to build a power pool and a manufacturing base. When you compare Ukraine to other countries in the region, the speed of reform has been impressive and there has been a focus on improving the business climate.”

With Ukrainian GDP set to grow for a second successive year and international rankings now consistently placing Ukraine on an upward trajectory, TIU Canada see their Nikopol investment as a pilot project that will leave them well-placed to take advantage of growing investment opportunities in the country in the coming years. It will also allow the company to play a role in laying the foundations for Ukraine’s future economic growth.

“Our focus on the energy sector is no accident,” offers TIU Canada COO Hani Tabsh. “Ukraine’s long-term development plan requires stability of power supplies to show other manufacturing groups that it makes sense to enter the market. This Nikopol plant (pictured above) is the first step in that process. It will help to create stable power generation capacity in the regions and the ability to transfer power from region to region. The Nikopol plant is our pilot project to show that this is possible. Once we have completed construction of two or three more plants on this scale, we will start looking at larger plants in the 50 megawatts category.”

The choice of solar power was partly down to the naturally favorable conditions in Ukraine, and partly due to timeframe considerations. With Ukraine seeking to increase its share of renewables on the domestic market from around 1% to 11% by 2020, the clock is ticking and solar offers far faster returns than alternatives such as wind farms. “If you don’t have a surveyed site with all the wind studies done, developing a wind farm location can take over a year,” explains Mr. Tabsh. “With solar, you don’t have that kind of time lag. We are very keen to get started in order to show that the renewables sector makes sense as an investment and to demonstrate that a reputable foreign investor can succeed in the sector and make it through all of the necessary bureaucratic processes and associated risks.”

Investing in Ukraine’s smaller cities means developing working relationships with municipal and regional authorities that in many cases have little or no direct experience of working with international investors. TIU Canada officials are broadly complimentary about their interaction with local authorities in Nikopol. “So far, relations have been very encouraging,” says Mr. Tabsh. “There are a myriad of factors to consider beyond the immediate economics of any investment project. One of these factors is the kind of relationship you can expect with the local authorities. In Nikopol they have been very friendly and excited about what we are trying to do.”

‘We’re their first experience of anything Canadian,” adds Mr. Yurkovich. He says he is particularly conscious of TIU Canada’s responsibilities as representatives of Canadian business in a region where they have acquired the status of trailblazers. “This pioneering position allows us to play an outsized role as Canadian brand champions and flag carriers. At the end of the day, we want the local community to be able to say, “We have heard a lot about all the Ukrainians in Canada. Now that we have actually met some genuine Canadians, we realize that they are chilled dudes.” Likewise, we hope to go back to Canada and tell people that Ukrainians are just like them. They drive pickup trucks and like to watch hockey and soccer on TV. We really want to foster greater understanding so that Canadians realize Ukraine is a great place that needs a friend and represents a great opportunity for Canada.”