THE QUEST FOR ENERGY INDEPENDENCE 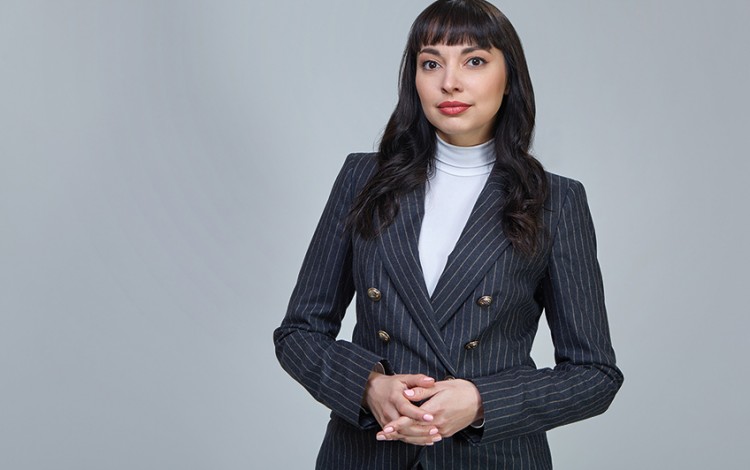 About the author: Iuliia Borzhemska is Manager of Regulatory Policy of DTEK Oil and Gas and Co-Chair of the Energy Committee at the American Chamber of Commerce in Ukraine
Iuliia Borzhemska

For many years following independence, the Ukrainian oil and gas industry remained notoriously hard to access. State-owned companies enjoyed strong monopolies over exploration, production, export and import operations. Meanwhile, the price of gas supplied to household consumers was strictly regulated by the government and virtually unhindered by market forces. Auctions for new oil and gas sites were rare. When they did take place, there was not sufficient transparency. State-owned oil and gas companies benefitted from privileged rights to obtain new licenses without any auctions.

In 2015, this opaque and unsatisfactory picture began to change dramatically as the winds of reform swept through the Ukrainian energy sector. The Ukrainian government began implementation of the EU’s Third Energy Package, with the aim of establishing a genuinely competitive environment in line with EU standards and offering equal access to the domestic gas market for all players.

Over the past two years, Ukraine has adopted a number of important laws regulating the operations of the gas market and assigned to the National Energy Regulation Commission the role of independent energy market regulator. Codes have been set in place for the country’s gas transportation, storage and distribution systems.

Transparency is also improving. Ukraine has signed up to the Extractive Industries Transparency Initiative (EITI), an independent standard designed to provide energy sector clarity. So far, two reports have appeared based on EITI standards and covering the periods 2013 and 2014-2015. These reports included information about key Ukrainian oil and gas fields, license holders and their beneficiaries, production volumes, and payments made by companies to the state budget.

In line with its commitments under the Third Energy Package, the Ukrainian authorities have begun the process of unbundling the state-owned Naftogaz group of companies to divide the functions of oil and gas transportation and sales. A new model for the Ukrainian market has begun to take shape. This domestic market is integrating into the broader European gas market, making it considerably more attractive to both international and local gas traders. This is particularly important for efforts to establish Ukraine as a regional gas hub. The country possesses the largest storage facilities in Europe. It could function as a customs warehouse, but for this to happen, further legislative changes will be necessary.

Assessments of the progress made so far are broadly positive. Based on a report by the Energy Community made in April 2017, Ukraine has fulfilled most of its major  gas sector reform commitments. Two crucial issues remain - unbundling Naftogaz and ending the current subsidy policy. This policy endangers the functioning of district heating providers while prolonging the non-fulfilment of the PSO scheme – the public social obligation to supply gas to household consumers. The Energy Community expects all of the country’s scheduled gas sector reforms to be complete by the end of 2017.

Over the past few years, the royalty rates for hydrocarbon production have undergone substantial revision. Following these changes, the royalty on oil and gas produced at a depth of up to 5,000 meters is now 29%, while the rate for oil and gas produced at a depth below 5000 meters is 14%. A disparity remains in the royalty rates for condensate, which currently stand at 45% and 21% depending on the depth of production.

The government has committed to reducing royalty rates to 12% by 2018.  Prime Minister of Ukraine Volodymyr Groysman has identified this as part of the strategic goal of increasing domestic gas production to 27 bcm by 2020. In 2016, Ukraine’s domestic gas production stood at 20.1 bcm, with consumption at 33.3 bcm per year. These government targets are ambitious but most analysts believe they are achievable. With the largest gas reserves in Europe, Ukraine has every chance of becoming energy independent. The country may even become a gas exporter.

Incentives are also emerging as a tool to boost domestic production. Starting in 2018, 5% of all royalties for hydrocarbon production will go to regional budgets in order to encourage local authorities to approve new licenses. At present, local authorities are prone to blocking auctions for new sites. Additionally, royalty rates within Product Sharing Agreements (PSAs) have been negotiable since the beginning of 2017, making the PSA model more attractive.

Chamber experts remain focused on promoting the reforms required to improve the investment climate in Ukraine’s energy sector. Three years ago, the Chamber produced a White Paper on reforms that included a number of concrete recommendations for legislative amendments to create a more attractive investment climate. This White Paper is updated annually.

Alongside the planned decreases is royalty rates, the most important energy sector reforms include deregulation of the oil and gas sectors. There are still too many requirements for permits and other documents, with long delays and a lack of transparency in the associated procedures. The biggest single problem remains land allotment  for oil and gas sites, which can sometimes take more than two years. Significant parts of the sector’s legislation are also out of date, including the Subsoil Code, Rules of Oil and Gas Fields Development, and the general approach to geological data use.

These issues all lie ahead as the sector continues to reform. The changes underway in the Ukrainian energy industry are not taking place as quickly as we may wish, but the government has demonstrated a commitment to turning the industry around. We remain confident that operational conditions will improve further as long as the government maintains the positive momentum of the past few years.