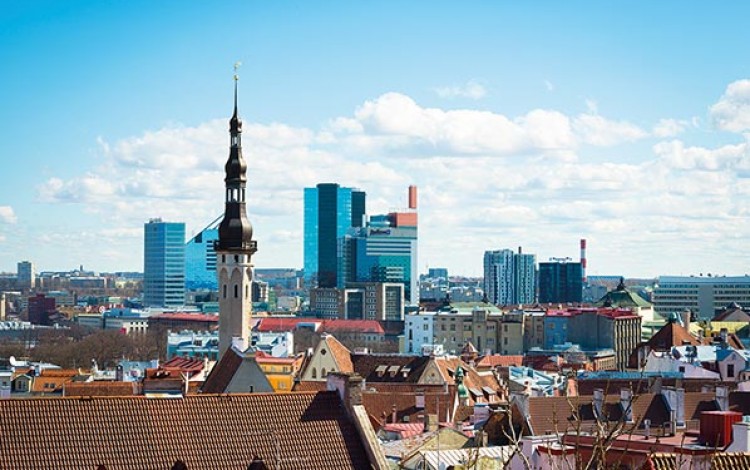 Estonia is the same size as Denmark with a population not much larger than an average oblast in Ukraine. Despite being a small country, Estonia is familiar to Ukrainians. There are 28,000 Ukrainians in Estonia, making them the second largest minority in the country. Our nations shared 50 years of history in the Soviet Union before going our separate ways. After regaining independence in 1991, Estonia decided to perform fundamental reforms in order to boost its economy and attract investment. As part of this process, it was crucial to discard the Soviet legacy. Instead of making incremental changes to existing legislation, Estonia set itself the goal of implementing the most business-friendly regulations possible with maximum transparency and simplicity.

Crossroads of East and West

Although it is part of the Baltic States, Estonia is a Nordic country at the crossroads of East and West. As Samuel Huntington stated, the Estonian border is also the border of Western civilization. This gives Estonia all the more reason to be an active member of the Western cultural and economic space, including numerous international organizations. Today’s Estonia is a member state of the European Union, NATO, and the OECD, as well as the Eurozone and the Schengen area. Estonia is also a founding member of the Digital 5, or D5 – a network of leading digital governments with the common goal of strengthening the digital economy. In the second half of 2017, Estonia will hold the Presidency of the EU.

Twenty-five years ago, radical reforms were inevitable and Estonia made a number of tough decisions that set the pace for sustainable economic development throughout the following decades. We have not yet reached our goals – in order to achieve comparable living standards to Western Europe, reforms must continue. However, experts including the likes of the Heritage Foundation have called the achievements so far “an economic miracle.”

Estonians are partial to rankings. Rankings seem to like Estonia, too. According to the Heritage Foundation, Estonia ranks among the top ten countries globally in the Index of Economic Freedom. The World Bank placed Estonia sixth in Trading Across Borders and twelfth in Ease of Doing Business, while the Tax Foundation ranked Estonia first in the world in its annual Tax Competitiveness Index. These positive assessments are due to policies like the zero percent corporate income tax on undistributed profits applicable for all companies at all times. This gives companies in Estonia the opportunity to plan their own taxes – income tax is only payable when owners decide to distribute dividends and all taxes are declared online. These advantages are easily accessible for entrepreneurs around the globe – you can run your business in a cost-efficient and hassle-free way across borders, without the need to hire a local director (unless you want to, of course). With the lowest government debt in Europe and a balanced state budget as well as political and financial stability, Estonia enjoys the long-term confidence of foreign investors, whose presence in turn helps the economy to develop further.

The key benefits of Estonia for foreign investors are a business-friendly economic environment and tax system, flexible labour policy, and state-of-the-art e-solutions which have revolutionized the way we conduct our everyday lives and businesses. E-solutions developed in Estonia have improved the lives of people worldwide, and we are constantly working on new innovations. For example, Estonia is the first country to offer e-Residency – a transnational secure digital identity available to anyone in the world interested in running an international business online. Using an Estonian e-resident’s digital ID card allows you to establish an Estonian company at home in just 20 minutes and fully manage it online anywhere you are, conveniently and efficiently. All of Estonia’s databases are interconnected through innovative X-Road technology, which has reduced bureaucracy to virtually zero.

During the last two decades, the Estonian manufacturing sector has gradually transformed with the help of foreign investors, mainly from Finland and Scandinavia. Today, it is on its way to a new industrial revolution, or as the Germans call it – Industry 4.0. The Estonian IT sector is developing cutting-edge solutions for modern manufacturing. Our “smart factories” pioneer the latest technologies in automation and data exchange. This knowhow, together with the country’s logistics infrastructure and state-supported industrial parks and business support agencies, make the Estonian value proposition particularly attractive for Ukrainian production companies looking for a near-shore production hub and gateway to the EU.

As many foreign investors have noted, Estonia is a very entrepreneurial country and Estonians are eager to cooperate with partners from all over the world. Inspired by Skype – one of the first Estonian start-ups – the country has the largest number of start-ups per capita in Europe and second in the world. These young companies benefit from a liberal business environment and supporting entrepreneurial ecosystem. There are over 115,000 active enterprises in Estonia, the majority of which are profitable. In a small market like Estonia, it is natural to think globally from Day One.

Estonia and Ukraine are actively involved in trade and investment – Ukraine currently lies in fifth place in terms of Estonian investments abroad. The majority of Estonian investments have focused on the Ukrainian financial and insurance sectors, wholesale and retail trade, R&D activities, and the processing industry. Expansion to Estonia also offers lucrative opportunities for Ukrainian investors. We have recently seen many Ukrainian companies taking an interest in these opportunities.

Combining innovations with a favourable geographical location at the crossroads of Eastern Europe and Scandinavia, Estonia is a unique gateway for Ukrainian enterprises to Scandinavian and EU markets. The advantages can be equally beneficial for IT development centres, manufacturing and assembly facilities, group headquarters, and sales departments. In order to capitalize on the Estonian business environment and synergies for Ukrainian entrepreneurs, Enterprise Estonia, a state foundation for business support and development, has established a representation in Central and Eastern Europe with a focus on Ukraine. As part of the Estonian Investment Agency based in Tallinn, it provides the full spectrum of soft-landing services on behalf of the Estonian government to companies interested in establishing a business in Estonia.

About the author: Jaan Heinsoo (This email address is being protected from spambots. You need JavaScript enabled to view it.) is Head of CEE representation at the Estonian Investment Agency

The Estonian Investment Agency at a Glance

The dedicated team of professionals at the Estonian Investment Agency offer support for companies investing and expanding in Estonia. We aim to work together with you all the way from initial information requests to ramp-up of operations. Our services are confidential and completely free of charge. Contact us and experience the ease of doing business in e-Estonia – a low-risk, high quality, competitive location for your company. We offer you access to a world class ICT infrastructure, the lowest public deficit in the EU, low wage inflation, and a simple tax system. For further information please visit www.investinestonia.com