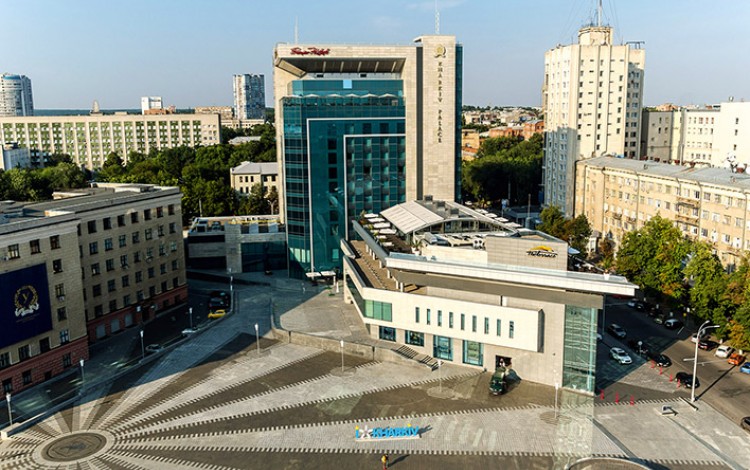 Businessman Oleksandr Yaroslavsky has made no secret of the fact that he regards the Premier Palace Hotel Kharkiv as his favorite child. The business magnate, who has interests in a diverse range of sectors, invested an estimated USD 126 million into the construction of the hotel. It now looks as if his investment is paying off. American publication U.S. News & World Report ranked the hotel as Ukraine’s fourth best in 2016, while in 2017 it has enhanced its regional reputation further by hosting a string of international political heavyweights.

Former New York Mayor Rudolf Giuliani checked in to the Premier Palace Hotel Kharkiv on 20 November when he arrived in eastern Ukraine’s largest city for meetings focusing on security. Giuliani, who remains a prominent figure in the US Republican Party and serves as an advisor to US President Donald Trump, is currently involved in cybersecurity issues. The former Big Apple mayor was enthusiastic about the warm welcome he received in Kharkiv, sharing positive first impressions of the city and commenting on the quality of the five-star hotel where he is staying.

Giuliani was particularly pleased to encounter a familiar sight in the Premier Palace lobby – the leather jacket worn by his friend Arnold Schwarzenegger in the Terminator movies. “Did you know this jacket belongs to my good friend? I went to this movie!” he told reporters. This iconic piece of Hollywood history is fast becoming something of a Kharkiv tourist attraction in its own right. It arrived in the city after Premier Palace Hotel Kharkiv owner Yaroslavsky purchased it for USD 350,000 at a charity auction in 2016 held in honor of Ukrainian boxing legend Wladimir Klitschko’s fortieth birthday.

The President of Poland was the next international politician at the Premier Palace Hotel Kharkiv. Polish President Andrzej Duda met with Ukrainian President Petro Poroshenko at the hotel to discuss security issues as Warsaw prepared for a two-year role as a non-permanent member of the United Nations Security Council beginning in early 2018. President Duda was not the first visiting head of state hosted by the hotel in the past twelve months. In June 2017, the Premier Palace Hotel Kharkiv served as the venue for a meeting between President Poroshenko and Lithuanian President Dalia Grybauskaite.

The Premier Palace Hotel Kharkiv is a relatively new addition to the city’s downtown skyline. Construction of the hotel took place in record time as the east Ukrainian city prepared to serve as one of Ukraine’s four designated host cities at the UEFA Euro 2012 football championships. Kharkiv needed a suitably international-quality five-star hotel in order to meet UEFA conditions and qualify as a host city, making it one of the centerpieces of Oleksandr Yaroslavsky’s Euro 2012 investments. Kharkiv was not initially favored for selection as one of Ukraine’s four host cities but was able to impress UEFA officials sufficiently to join Kyiv, Lviv and Donetsk on the list.