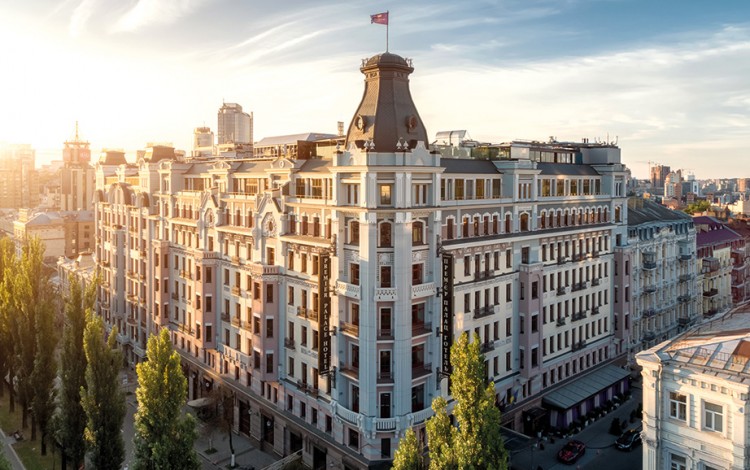 What key tourism trends have you noticed at Premier Hotels and Resorts during the 2017 spring and summer seasons?

As a leading player in the Ukrainian hospitality business, Premier Hotels and Resorts keeps track of the latest international tourism sector trends and seeks to implement the latest innovations in Ukraine. Over the past few years, we have registered the growing impact of the global shift towards digitization with a rising percentage of online sales. The spring and summer 2017 seasons have been no exception.

Customer support services are also moving increasingly towards applications such as Viber, Telegram and Facebook as popular platforms for client communication. Viber coverage inUkraine is already around twenty million users. Chat bots have entered our everyday lives and in many instances have replaced people.

In 2017, we registered website mobile traffic growth of 10% compared to figures for 2016. Official statistics provided by Google tell us that 44% of internet users in Ukraine are mobile devices users. This is also evident in the growth of online and social media purchases in 2017. The trend towards mobile usage among customers highlights the importance of developing mobile versions of websites and mobile applications.

Online reviews are another aspect of the digitalization trend that is increasingly affecting consumer decision-making when it comes to choosing a hotel or place of accommodation, with sites like TripAdvisor having a significant impact. Meanwhile, video content now plays a prominent role in corporate communication with audiences via social media and offers the potential to influence consumer choices.

All these trends are a reminder that potential tourists are getting more digitally literate in their decision-making processes. This highlights the importance of keeping pace with international expectations. The digitalization trend applies particularly to the hospitality sector as we look to build on Ukraine’s growing global competitiveness. In the first half of 2017, Kyiv hosted two major international events: Ice Hockey World Championship matches and the Eurovision Song Contest. These headline-grabbing events underlined Kyiv’s tourism potential, but it is crucial to make sure the Ukrainian hospitality industry is offering maximum digital convenience 365 days a year.

What is the most common feedback you receive from international guests?

As the market leader in Ukraine, Premier Hotels and Resorts includes a diverse collection of hotels rated from five-star to three-star and located in 12 towns and cities across the country. Expectations and feedback differ from city to city and from hotel to hotel. However, one common feature we can note is that guests are becoming more demanding and attentive to details. Positive feedback includes comments on the convenient location of our venues as well as great breakfasts, high levels of customer service, polite, friendly staff, and demand for local cuisine and craft products. In terms of our breakfasts, international guests in particular are enthusiastic about our “Fresh Organic Traditional” concept. This breakfast menu includes a range of national Ukrainian dishes along with traditional regional delicacies differing from venue to venue depending on the hotel’s location. Dishes feature local produce grown in ecologically clean conditions, nurtured by the hot Ukrainian sun, and nourished by the vitality of Ukraine’s legendarily fertile soil.

Premier Hotels and Resorts operates the largest network of hotels in Ukraine and is present across the country. How does the tourism industry differ from region to region throughout Ukraine?

There have recently been growing indications that the Ukrainian hotel market is entering into a period of recovery and adaptation to the changed economic conditions in the country.

The contribution of regional markets to this process has been particularly striking, with growth keeping pace with the rebound in Kyiv itself. We see Kharkiv, Sumy and hotel sectors in other eastern regions actively developing. Elsewhere, hotels in southern and western Ukraine are posting positive dynamics.

More people are now flying to Ukraine and within the country. The largest regional increase in air traffic this year has been in western Ukraine, with Lviv International Airport recording a 29% rise in passenger numbers. The figure for Kyiv currently stands at 19%, while Odesa has welcomed 9% more airline passengers.

Due to the rising domestic tourism market, seasonal demand for hotels in the Odesa, Lviv and Zakarpattia regions is rising, while the popularity of out-of-town tourism complexes is also growing. Meanwhile, the economic and political changes of the past few years have driven significant growth in interest in Kharkiv as the new focus of business and diplomatic activity in the east of the country. Sumy has also emerged as a business sector focus, while the hospitality sector situation in Poltava, which is located between Kyiv and Kharkiv, is stable and holds considerable promise. In the Ukrainian cities with the strongest business and investment focus such as Kyiv, Kharkiv, Sumy and Poltava, between 65% and 80% of all hotel clients are from the business community. In these cities, the number of international tourists has not increased significantly so far this year.

The most realistic medium-term forecast for the Kyiv hospitality sector is probably continued stabilization. There is unlikely to be any major increase in international tourism numbers in the near future, so the higher end of the market will not experience any significant changes in current levels of demand. We do anticipate further growth in the number of domestic tourists, but this will make an impression primarily on the budget end of the hospitality market.

The Lviv hotel industry is currently undergoing changes as local competition grows and other cities gradually catch up with the West Ukrainian capital city’s impressive tourism credentials. The number of hotel guests in Lviv rose by 27% year-on-year in 2016 according to the Lviv Region Main Statistical Office, but there are now signs that earlier increases in hotel occupancy rates are under pressure from the significant growth in the quantity of hotels. Another factor threatening to weaken demand for Lviv hotel accommodation services is the increase in prices for Ukrainian tourists, many of whom now prefer to opt for alternatives such as the rising number of hostels of apartment rentals on offer. Foreign visitors are less sensitive to price increases. However, more and more of Ukraine’s international tourists are now looking beyond the well-trodden boulevards of Lviv and seeking out new destinations in the country. We anticipate further growth in the Lviv hotel market over the medium-term, leading to even tougher market competition.

One of the most positive developments of the past twelve months for the West Ukrainian tourism industry has been the emergence of better transportation connections, both in terms of air and rail. This has made Lviv and the surrounding region far more accessible and appealing to international visitors.

Throughout 2016 and 2017, Kharkiv has been in great demand as a venue for corporate events. This has been particularly striking in relation to major pharmaceutical and agricultural companies. This trend is more noticeable than in Kyiv due to the lower capacity of the city’s hotel offer. Kharkiv has also seen increased tourism inflows from Turkey, with a growing number of organized tour groups. This has led to rising hotel occupancy.

On Ukraine’s Black Sea coastline, Odesa continues to attract growing numbers of tourists from across the world. The official figures for 2016 put the number of visitors to the city at around two million people, but many believe the real total is significantly higher. Over the past 12 months, Odesa has welcomed guests from 114 countries, while also serving as an increasingly popular domestic tourist destination for Ukrainians. The top nationalities visiting Odesa over the past year according to data compiled by Kyivstar are Russians (16%), Moldovans (11%), Belarusians (4%) and Americans, Israelis and Germans (tied on 2%). Unsurprisingly, the most popular month for the Odesa hotel industry was August, while the quietest time of year was December. The recent summer season did not set any records in terms of hotel occupancy, but this was largely due to the increased offer on an Odesa market that now includes emerging segments like hostels and apartment hotels.

In conclusion, we believe the growth of business-related hotel bookings in Kharkiv reflects the eastwards shift of the business focus in Ukraine. Similar patterns in Sumy highlight the positive development forecast for the eastern Ukraine region as a whole. Ukraine’s traditional tourism industry capital Lviv is looking at a period of stabilization that could lead to a mild hotel market recession as significant increases in the quantity of hotels on the market have a negative impact on demand.

About the author: Irina Sidletska is the managing director of Premier Hotels and Resorts