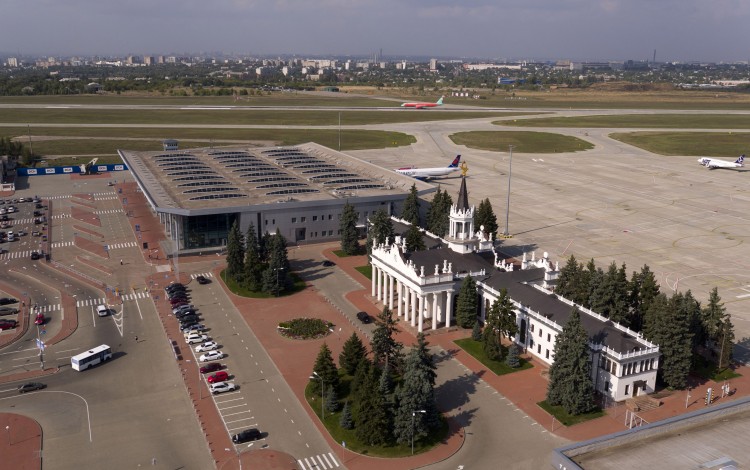 Kharkiv International Airport welcomed a record number of passengers in 2017, establishing a new annual high as the airport continues its robust recovery from the lows of 2014-15. The airport experienced strong passenger growth throughout the year, setting new monthly records and surpassing the impressive figures posted by Ukraine’s air travel sector as a whole.

According to preliminary figures, Kharkiv International Airport’s overall passenger total for 2017 will be 805,000 people, representing a 34% increase on the figure for 2016. This makes Kharkiv the busiest air hub in eastern Ukraine and among the country’s top five airports in terms of passenger volumes. The sharp rise in the number of passengers using Kharkiv International Airport outpaces the growth figures released by the Ukrainian aviation industry for the country as a whole. According to end-of-year statistics made public by Ukraine’s State Aviation Authority, passenger traffic at the country’s airports rose by 29.6% year-on-year for the period January-November 2017, or around 15% lower on average than the increase registered in Kharkiv.

The strong performance of Kharkiv International Airport reflects the improving regional economic outlook in eastern Ukraine and is particularly welcome news for Oleksandr Yaroslavsky, who invested over USD 100 million into the complete reconstruction of the airport complex as part of Kharkiv’s preparations for Euro 2012. This overhaul included the construction of two new terminal buildings and the restoration of existing terminal facilities, together with a state-backed upgrade of the airfield itself and airport runway facilities.

The new-look airport came into operation in 2010 and was one of the infrastructure centerpieces of Ukraine’s Euro 2012 commitments. Kharkiv did not initially feature among Ukraine’s four selected Euro 2012 host cities, but a readiness to engage in major infrastructure improvements such as the redeveloped airport complex played a key role in convincing UEFA officials that Ukraine’s former capital city would be a good choice for the championships. Kharkiv went on to host group stage matches and welcome football fans from across the world, setting a passenger record in June 2012 that would remain in place until May 2017.

The events of 2014-15 in Ukraine, together with Kharkiv’s relative proximity to the Donbas conflict zone and the Russian border, inevitably led to a slump in air traffic. Nevertheless, the current positive dynamic was already clearly visible a year ago, with the airport posting a 61% annual increase in passenger numbers for 2016 compared to 2015.

One of the driving forces behind the rising number of passengers passing through Kharkiv International Airport in 2017 has been the airport’s ability to attract new carriers and expand its geographical reach by adding new flight destinations. Landmarks over the past twelve months have included the opening of a daily Kharkiv-Istanbul service operated by Turkey’s national carrier Turkish Airlines. “The opening of a new flight from Kharkiv will not only improve tourism between both countries but will also facilitate business trips and strengthen economic cooperation,” commented the Turkish Embassy’s Deputy Head of Mission Ozgun Talu during the opening ceremony for the new service on 30 May.

This new Istanbul service proved an instant hit with travelers. The Chief Marketing Officer of Turkish Airlines Ahmet Olmustur confirmed reservations for 8000 tickets in the three months prior to the launch of his airline’s daily Kharkiv-Istanbul flights, which is significantly higher than the average level of demand for Turkish Airlines flights from other Ukrainian airports. This popularity led the carrier to increase the planned number of Kharkiv flights from four to seven per week. The arrival of Turkish Airlines means that there are now three daily flights from the eastern Ukrainian capital to Turkey’s largest city, with Pegasus and Atlasjet Ukraine also offering daily services from Kharkiv to Istanbul.

The growing international reach of Kharkiv International Airport has also allowed the airport to expand its own catchment area and attract more passengers from surrounding regions of Ukraine. Figures for 2017 point to rising numbers of Ukrainians from Poltava, Dnipro, Sumy, Zaporizhia, Donetsk and Luhansk regions choosing to travel internationally via Kharkiv.

“All the positive indicators we are now seeing are the result of professionalism and hard work,” comments DCH Group President and Kharkiv International Airport chief investor Oleksandr Yaroslavsky. “I would like to stress that the record numbers we are now seeing are just the beginning. There are plans in place to triple passenger traffic. To achieve this goal, we will continue to introduce new flight services for passengers and to attract new international carriers. Considering the circumstances, the recent performance of Kharkiv International Airport is without equal anywhere in Europe. This is something that is increasingly recognized within the air travel industry, both in Ukraine and internationally.”

International recognition of the airport’s performance has been evident since the end of 2016, when Kharkiv International Airport’s impressive annual growth stats earned the airport a place among Europe’s best performers in the “below five million passenger” category from the Airports Council International Europe (ACI Europe). This made Kharkiv only the second Ukrainian air hub to feature in the annual ACI Europe rating. Mr. Yaroslavsky says he expects this year’s indicators to attract further international attention and help fuel the continued development of the airport. “The administration of the airport is constantly moving forward and adapting. I am confident that in 2018 the management of Kharkiv International Airport will succeed in establishing new records.”