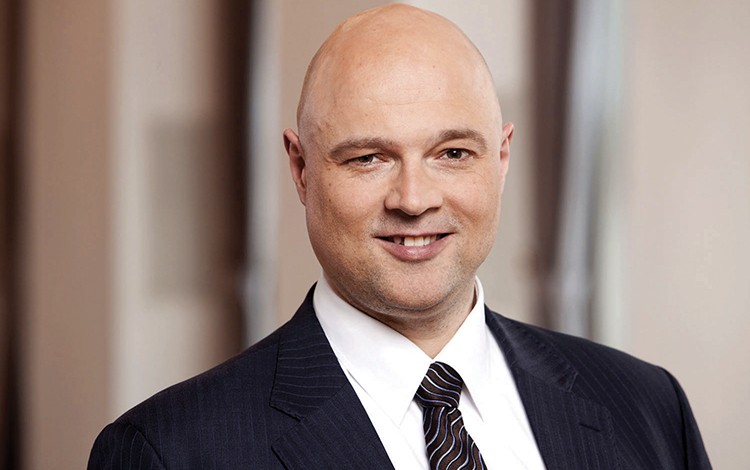 October 2016 sees the opening the German-Ukrainian Chamber of Industry and Commerce in Kyiv. The arrival of this new trade support platform comes at a time when bilateral commerce between the two countries is growing at robust rates and outperforming many of the most optimistic forecasts for post-crisis recovery.

The new German-Ukrainian Chamber of Industry and Commerce in Kyiv is part of the global AHK chamber network, which has 130 offices in 90 countries. This will be the third German bilateral business chamber in the region, following the establishment of similar chambers in Moscow (2007) and Azerbaijan (2012). The Kyiv chamber is the product of a bilateral agreement between Germany and Ukraine signed in October 2015 in Berlin in the presence of Federal Chancellor Angela Merkel and former Ukrainian Prime Minister Arseniy Yatsenyuk.

The German-Ukrainian Chamber of Industry and Commerce is a self-regulating body and its main task is to improve German-Ukrainian economic cooperation in terms of both trade and direct foreign investment. The new chamber will offer services to German and Ukrainian companies seeking to develop bilateral relationships, with companies from both nations welcome to seek to join and participate in chamber activities.

Over the past three years of revolution and conflict, Ukraine has been plunged into an economic crisis that has inevitably made its mark on the country’s balance of trade. German exports to Ukraine plummeting by around one-third in 2014 and dropping by a further 18.6% in 2015. Given the scale of the challenges facing Ukraine, many economic commentators had predicted that the country’s gradual rebound from the post-Maidan economic crisis would see equally unspectacular growth in areas like bilateral trade. However, figures for the first half of 2016 point to an extremely robust recovery that is worthy of its own headlines. German exports to Ukraine have risen by more than 30%, while Ukrainian imports moving in the other direction have climbed just under 5%.

The spectacular increase in German exports to Ukraine is partly the result of the lowered bar created by the previous few years of sharp decline, but it nevertheless reflects the strength in depth of Ukraine’s economic recovery and also hints at the potential for further growth. The biggest winner from the 2016 revival in trade has been the machine-building sector – traditionally a leading component of German exports worldwide. Machinery currently accounts for 21% of total German exports to Ukraine, growing by 63% in the first half of 2016 compared to figures for the same period in 2015. If this striking growth trend continues throughout the second half of 2016, it will send out a strong signal that the modernization of Ukrainian plants and manufacturing facilities is well underway.

The previously high trade imbalance between Ukraine and Germany is narrowing with every year. In 2008, when foreign trade between Germany and Ukraine reached its highest levels since Ukrainian independence at almost EUR 8.2 billion, Ukrainian exports only represented a quarter of German exports. Today the proportions have narrowed, with German exports less than twice the value of Ukrainian imports into Germany. Despite fluctuations in German exports to the crisis-hit Ukrainian economy, the growth trend in Ukrainian imports to Germany has remained fairly slow and steady.

A breakdown of Ukrainian imports to Germany reveals an interesting trend away from raw materials and heavy industry towards value-added manufacturing. Until 2012, metallurgy products like crude steel were consistently the largest single group within Ukrainian imports, accounting for around 29% in 2012. The current lead segment is auromobile component parts, which now represent 25.6% of all Ukrainian imports into Germany. Automobile components totaling a value of EUR 227 have been imported from Ukraine in the first half of 2016 alone, and there is a good chance this total will top half a billion euros by the year’s end. This sector is currently growing at an annual rate of 4.6%, with growth fuelled by companies with (mostly German) foreign capital assembling automotive parts in Ukraine.

The impressive automotive parts sector is followed by agricultural exports, which currently account for 10.6% of all Ukrainian imports to Germany. Despite EU quotas on a range of Ukrainian agricultural products, agribusiness imports to Germany have grown by 45.3% in the first half of 2016, reflecting the large profit margins still available to Ukrainian exporters even once they have factored in WTO customs rates payable beyond EU quota limits. This strong showing is most likely due to the very low production costs in Ukraine thanks to the devaluation of the local currency in recent years.

These figures for Ukrainian imports to Germany provide important insight into broader changes across the Ukrainian economy. There is a clear shift away from energy-intensive heavy industries towards light industry, and from commodities to manufactured products occupying a higher position in the value chain. This development comes in tandem with the growing penetration of EU markets by Ukrainian companies. Germany is in many ways the ideal point of entry, offering both the largest single EU market and the highest consumer demand. With Ukraine providing an attractive manufacturing base, the positive trends in bilateral trade look set to continue.