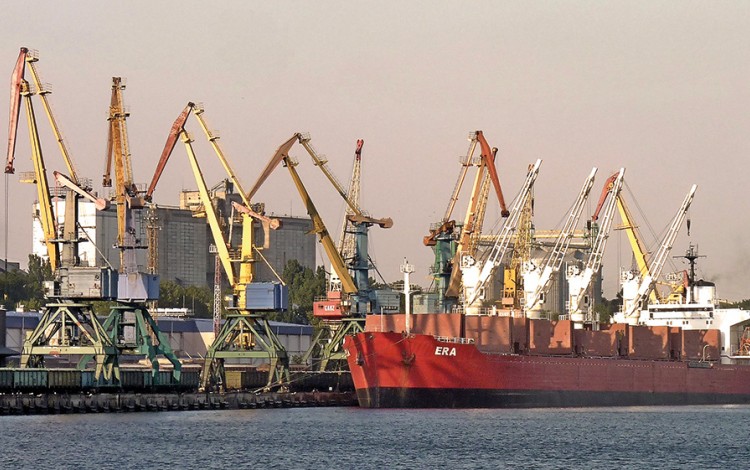 Ukraine is a vast country with diverse regional potential. Investment promotion office UkraineInvest has witnessed a tendency among investors to form clusters in certain key economic sectors, such as automotive parts manufacturing, agribusiness, logistics and metallurgy, and in certain investment-attractive regions. Investors have identified what makes certain regions particularly attractive for foreign investment. These factors include location, relevant natural resources, availability of qualified workers, and infrastructure. The key contributing factors that informs decisions on where to invest in Ukraine seem to be the local business environment and the level of support provided by local authorities.

Decentralization reforms implemented by the national government over the past three years have played a vital role in strengthening the regions in Ukraine, increasing their investment competitiveness. Prior to decentralization, economic and administrative control was concentrated in the hands of the central government in Kyiv. This hampered Ukraine’s economic development since local authorities lacked the funds and authority to make decisions about development at the local level. Today, with more tax revenues filling local and municipal budgets, individual cities and regions have far more responsibility for how investment occurs locally. When these new resources and incentives for growth are put in the hands of progressive, investment-oriented mayors, city councils and regional state administrations, opportunities blossom.

As the country continues to shake off the legacy of Soviet bureaucracy, certain cities and regions have transformed more quickly than others to compete for foreign investment. Mykolaiv city, and the greater Mykolaiv region, is one of the areas that has risen to the top of the list that foreign investors are considering. Mykolaiv Mayor Oleksandr Senkevych and the Head of the Mykolaiv Regional State Administration, Alexey Savchenko, have made great strides to leverage the clusters in their region and to use all the tools they have available in an impressive effort to make Mykolaiv an increasingly attractive destination.

For example, the Mykolaiv Development Agency (MDA) is an important resource for new and existing businesses. This non-profit agency assigns a dedicated team for investment projects entering Mykolaiv to provide information, assistance with legal procedures, and to act as a liaison between the investor and government offices when needed. Feasibility studies, business plans, data analysis, and human resource information are also part of the suite of services offered by the MDA, which are often crucial for new businesses in due diligence or early execution phases.

On a recent visit to the Mykolaiv region, I was struck by the number of large international and Ukrainian companies who have invested hundreds of millions of dollars in the area in what amounts to a dynamic agribusiness cluster, including Pepsico (Beverage & Food, United States), Lactalis (Dairy Products, France), Bunge (Grain Storage and Oilseed Crushing, United States), Cofco Agri (Food Processing, China), and ED&F Man (Sugar Refining, United Kingdom).

Mykolaiv stands at the edge of Ukraine’s agricultural heartlands – perfect for growing, processing and shipping the bounty of Ukrainian fields. Ukraine has over 33% percent of the world’s black earth soil, one of the most fertile soils on the planet, known for producing high agricultural yields. Approximately 70% of Ukraine’s grain exports move through Mykolaiv ports, representing an increase of 600% in volume over the last 10 years. As the world requires more food, more of it will pass through the ports of Mykolaiv.

Another business cluster has formed around logistics. As a transport hub, Mykolaiv offers commercial and river ports with direct access to the Black Sea, railways and highways with connections to three European transport corridors, and service from the international airport in nearby Kherson. Port capacity continues to be an important area of growth, with large-scale investment going into improved cargo servicing, river dredging and overall port development.

Related to the transportation aspect of this cluster is manufacturing. Founded as a shipbuilding and maritime city, Mykolaiv continues this tradition today as the engineering, technological and manual abilities needed for this sector are built into the city’s rich industrial heritage. 13 universities and 28 vocational schools provide the human capital needed to support the industry. This has been an important factor in the decision to locate in Mykolaiv for several large international and Ukrainian companies who continue work in the ship building and repair sectors. In addition, Mykolaiv has become home to four premium-class yacht shipyards, proving that the local economy has the capacity and resources to pivot and produce goods that meet the needs and desires of today’s consumers.

A robust IT sector has emerged as Mykolaiv leverages its engineering prowess. With over 15,000 students enrolled in IT, engineering, and other technical studies programs in the city, the pool of skilled workers allows for locally based software, outsourcing, and development companies to choose from a broad selection of potential employees, as GlobalLogic (Digital Product Engineering, United States) and Geeks for Less (IT Outsourcing, United States) have discovered.

What does the future hold for Mykolaiv?  The path for business has already been paved. The host of opportunities in agribusiness as well as IT, shipbuilding, river and seaport transportation speak to the attractiveness of Mykolaiv as a base for companies doing business in Ukraine now and well into the future.

About the author: Daniel Bilak is Director at UkraineInvest (www.ukraineinvest.com) and Chief Investment Advisor to the Prime Minister of Ukraine