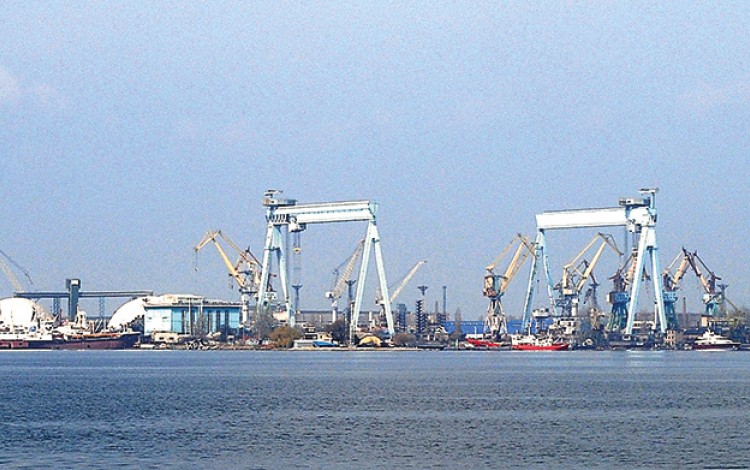 Mykolaiv’s economic history has been a story of major industrial enterprises primarily focusing on the shipbuilding industry. In recent decades, global changes to the shipbuilding industry have led to a shift in emphasis towards broader maritime industries and the agribusiness sector. With a new reform-minded team in place at city hall, and buoyed by a recent flurry of international investment, Mykolaiv is now seeking to position itself as a model for the post-Maidan transformation of Ukraine’s Soviet-era industrial centers.

Despite the economic challenges facing Ukraine since the 2014 Revolution of Dignity and subsequent Russian hybrid war, Mykolaiv is very much on the international investment radar. New grain terminals and processing plants involving a total investment of USD 320 million began operating in 2016. Many international investors have moved Mykolaiv higher on their lists of potential destinations following the election of Mayor Oleksandr Senkevych, who previously owned a successful IT company and enjoys a reputation as a progressive and business-friendly official.

Recent changes in municipal management have earned the city growing levels of international recognition. Mykolaiv took top place for cost effectiveness among mid-populated cities in the 2016/2017 fDi Intelligence report “European Cities and Regions of the Future” produced by a division of the authoritative Financial Times. Meanwhile, Forbes magazine placed Mykolaiv in fifth position in a recent rating determining the most attractive cities for business in Ukraine.

Due to the generational shift in the global shipbuilding industry towards enterprises located in China and South Korea, Mykolaiv is looking for new development vectors and strategic directions capable of fueling future economic growth. Local human resources offer huge scope for the development of value-added and intellectual outsourcing services as well as processing and manufacturing. Areas that are already producing attractive profits include maritime equipment production, marina development, and maritime engineering and design. There is also strong growth in the agricultural sector and food product processing.

Logistically, Mykolaiv is in a prime position. The city boasts an ideal location for maritime equipment producers seeking to serve the Black Sea region and beyond. Mykolaiv’s ports offer uninterrupted year-round access to Black Sea region countries, whilst extensive road and rail networks link the city with the major Ukrainian metropolitan areas of Kyiv, Dnipro, and Odesa.

As well as attractive connections to the Black Sea region and Ukraine’s major urban centers, Mykolaiv is also ideally positioned as the gateway to the country’s fabled agricultural heartlands. This makes the city well suited for export-oriented agricultural and food product processing industries. All manner of agricultural produce can be sourced directly in nearby regions before being stored and processed in existing or purpose-built facilities prior to export via the city’s ports. New investors would find themselves joining an existing cluster of international companies including the likes of Bunge, Cofco, and Kernel. There are several municipal and privately owned land plots adjacent to the city’s industrial river docks that are currently available, while the city can also offer a range of greenfield and brownfield locations with infrastructure and port access in place.

Marina development is another attractive investment area in Mykolaiv. Despite boasting stunning riverside locations and huge tourism potential, Mykolaiv’s current lack of large-scale recreational facilities is a legacy of its closed city status during the Soviet era. Municipal authorities have already designated several riverfront areas for marina development, paving the way for a genuine tourism industry to emerge.

The city’s human resources are highly attractive for international companies seeking to benefit from the low costs and advanced skills on offer in today’s Ukraine. Mykolaiv boasts one of the largest maritime engineering talent pools in the entire Eastern Europe region, with an estimated 11,000 technically trained professionals and an average monthly salary requirement currently standing at around EUR 280.

Mykolaiv also has strong IT potential and a large pool of qualified IT professionals. The city ranks in Ukraine’s top ten IT outsourcing cities with more than 50 companies operating in the information technology sector. Mykolaiv offers significant cost advantages over Ukrainian rivals such as Odesa, Lviv, Dnipro, and Kyiv. Coupled with the strong local educational establishment and international mindset, this cost competitiveness positions Mykolaiv strongly for further IT outsourcing and information technology growth.

Mykolaiv is a city in transition. This journey from Soviet closed city to global gateway reflects Ukraine’s broader transformation from authoritarian command economy to free market European democracy. The municipal authorities are working hard to promote Brand Mykolaiv on the national and international stages, both in terms of raising awareness and by creating attractive conditions for investment. The city enjoys many natural advantages thanks to a location close to the Ukrainian breadbasket, easy Black Sea access, and convenient connections to the wider region. These benefits make Mykolaiv potentially attractive, but it is up to the local authorities to make the most of the region’s investment potential.  In recent years, the city has been a focus of international investment into Ukraine. It is crucial that this trend continues.

About the author: Roman Khanzhyn is Project Coordinator at the Mykolaiv Development Agency