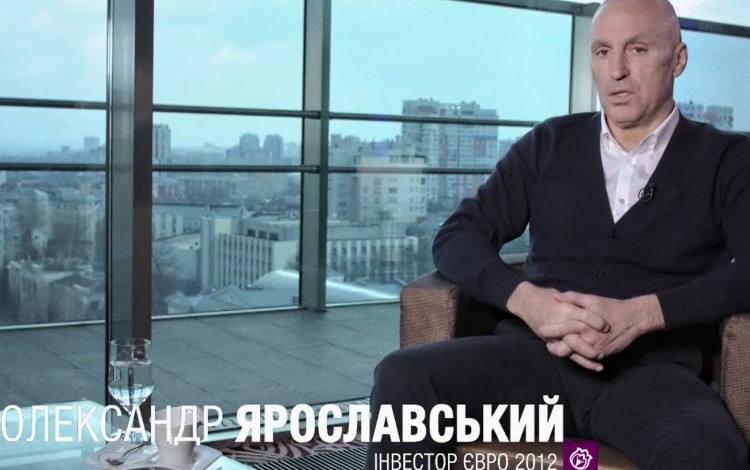 To mark the fifth anniversary of the UEFA 2012 European football championships in Ukraine and Poland, TV channels Ukraina, Football-1 and Football-2 have produced a major documentary recalling the epic preparations that preceded the tournament as Ukraine defied expectations and upgraded the nation’s infrastructure in time for the big kickoff.

Titled “Euro 2012 – Ukraine’s Pride”, the documentary was first screened on 15 July. The producers of the documentary managed to collect a range of archive materials chronicling the preparations prior to the tournament, as well as a number of interviews with key participants.

Kharkiv’s role in Ukraine’s Euro 2012 experience was recalled via interviews with the city’s key Euro 2012 investor, DCH Group owner and president Oleksandr Yaroslavsky, and UEFA’s Martin Kallen, who is currently CEO of UEFA Events and previously served as Director of the UEFA Operations Division during Euro 2012.

“When I realized what the championship was all about, I understood that it was an opportunity to unlock Kharkiv’s potential. Getting the tournament to the city was clearly a major challenge for all of us, because Kharkiv was initially only on the host city reserve list,” Mr, Yaroslavsky told the documentary makers. “When UEFA authorities first came to inspect the city, I saw nothing but ironic smiles on their faces. They obviously didn’t think Kharkiv had a genuine claim to becoming one of Ukraine’s four Euro 2012 host cities.”

Martin Kallen confirmed that UEFA officials initially had serious reservations regarding Kharkiv’s candidacy. The documentary makers identified Mr. Yaroslavsky’s readiness to invest USD 300 million to finance the city’s preparations as decisive in saving Kharkiv’s Euro 2012 dream. This was the largest private investment into Ukraine’s Euro 2012 preparations and it served to turn the tide in Kharkiv’s favor.

“If you knew Mr. Yaroslavsky you would understand why he could be trusted. Nevertheless, there were still times when it was difficult to believe he would be able to keep his word because it really looked like “mission impossible” to us,” recalled Mr. Kallen in the documentary.

Mr. Yaroslavsky was involved in work upgrading or constructing everything from the city’s stadium, airport, and training facilities to the first five-star Kharkiv hotel. Which element of Kharkiv’s Euro 2012 transformation was the most challenging? “Probably the stadium,” he commented. “The difficulties arose because we were not building it ‘from scratch’ but rather rebuilding and upgrading the existing stadium. We had virtually finished the project when UEFA officials came to inspect the work and informed us that we needed to add more aisles. How do you insert new aisles into existing stands? We are not talking about a cake or a piece of pie here. You cannot simply insert a knife and cut new aisles. Nevertheless, our Kharkiv architects and designers found a way to do it. I take my hat off to them.”

The Kharkiv International Airport terminal complex was completed in time, with the restored VIP terminal building personally opened by the then-president of UEFA. But there were problems with runway itself, which was a partnership between private and state investment. “The airport was a significant problem for Kharkiv,” says Mr. Kallen. “Construction was completed very late.”

Perhaps the single grandest Euro 2012 project in Kharkiv was the Premier Palace Hotel, which was also constructed by Oleksandr Yaroslavsky’s DCH Group. The Head of Ukraine’s Euro 2012 Organizing Committee Markian Lubkivskiy recalled how officials from European football’s governing body were shocked by the standard of hotels in Kharkiv. “We had a real problem with Kharkiv’s hotels,” confirmed Mr. Kallen.

“When UEFA officials realized there was no hotel where they could realistically accommodate their Euro 2012 headquarters, this raised questions about whether the tournament could take place in Kharkiv at all,” commented Mr. Yaroslavsky. “So we really didn’t have much choice. We had to build a suitable five-star hotel.”

The trailer to the documentary can be viewed on YouTube.