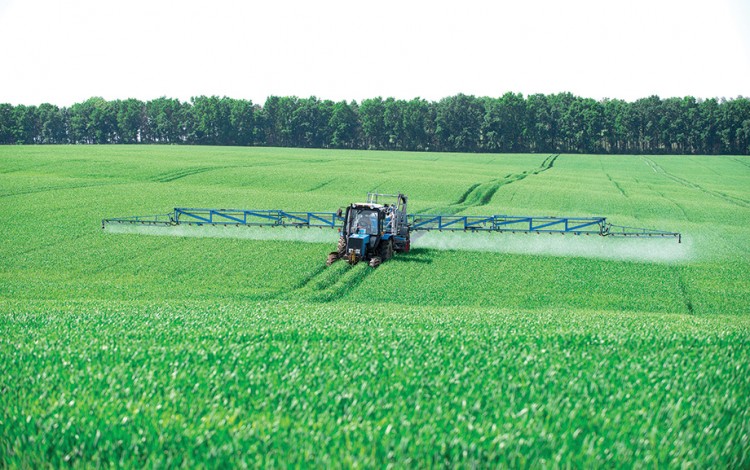 At the dawn of the millennium, Ukraine ranked in the mid-thirties in terms of profits among the more than 90 countries worldwide where Syngenta operates. Today, Ukraine occupies eighth place
Business Ukraine magazine

As Ukraine has emerged over the past two decades as one of the world’s leading agricultural superpowers, the growth of Swiss-based Syngenta’s business in country has mirrored this process. In fact, the agribusiness giant has actually outpaced the expansion of the Ukrainian market. “In 2001, we had an annual turnover of around USD 14 million in Ukraine. This has since increased by a factor of 26 (to more than USD 360 million). Over the same period, the entire Ukrainian crop protection market grew by 20 times, so you could say that we have outperformed the market,” offers Gebhard Rogenhofer, who was part of the Syngenta Ukraine team from 2001 and served as the company’s general director in Ukraine from 2011 until 2018.

As net sales have soared, the size of the Syngenta Ukraine team has also mushroomed. Back in 2001, the company employed just 24 people in Ukraine. This figure has since grown to 340 full-time staff, with an additional 130-140 people joining the company each year to cover the specific seasonal demands of the annual agricultural cycle.

The expansion of Syngenta’s business in Ukraine has helped to raise the country’s profile among top Syngenta executives back in Basel, while also increasing Ukraine’s importance within the multinational’s global network. Roghenhofer says at the beginning of the 2000s there was relatively little recognition among top management of the agricultural powerhouse potential Ukraine represented. However, by the mid-2000s as the company’s Ukrainian business started to experience robust growth, attitudes towards Ukraine began to change as realization grew that this was a globally significant market. Ukraine’s increasing importance is also evident in purely monetary terms. At the dawn of the millennium, Ukraine ranked in the mid-thirties in terms of profits among the more than 90 countries worldwide where Syngenta operates. Today, Ukraine occupies eighth place. Rogenhofer says it is entirely feasible that Ukraine could climb further to sixth position within the next few years.

Syngenta focuses on seeds and crop protection, both of which are among the key drivers fueling Ukraine’s ongoing agribusiness revolution. The company imports most of its crop protection products while producing up to 80% of its corn seeds and 30% of sunflower seeds in Ukraine. Syngenta manages a network of diagnostic labs across Ukraine together with a seed breeding station, seed care institute and crop protection research station. Total Syngenta investment in Ukraine since 2001 has been in the region of USD 50 million.

Rogenhofer argues that intensification has been the most important factor behind the growing Ukrainian yields of the past two decades, with the process feeding itself as rising revenues encourage Ukrainian farmers to reinvest in modern equipment, better seeds and more effective crop protection. He says the rapidly rising revenues Syngenta has experienced since the 2000s will inevitably experience a slight levelling off over the coming years, but predicts that the Ukrainian agricultural industry as a whole is capable of achieving major additional yield increases. “As a company, we have posted double digit growth virtually every single year except for the crisis period of 2008. Even in those crisis conditions, our annual revenue remained stable. Looking ahead, we do not expect this growth to continue indefinitely at the same pace, but we do anticipate growth in the high single digits for the coming five years, which will allow us to remain slightly ahead of general market growth trends.”

Meanwhile, the Ukrainian agricultural industry as a whole will continue reaping the benefits of the modernization processes initiated since the early 2000s. “If you compare the kind of machinery in use on Ukrainian farms in 2001 with what you’ll encounter now, it is like night and day,” says Rogenhofer. He observes that the Ukrainian agribusiness sector has become noticeably more open to innovation, with farmers more willing to use new products such as Syngenta’s recently launched corn hybrids. The company has also introduced a range of new financing tools for Ukrainian agribusinesses in recent years and now offers drone technologies as a way of improving crop monitoring. If this inclination to adopt innovative new products and technologies remains constant over the next decade, Rogenhofer sees further stellar growth ahead for the sector. “The average yield per hectare has doubled since 2001. Thanks to Ukraine’s extremely fertile black earth, we think yields could double again over the coming ten years. This will require further innovation, better crop protection and the development of new seeds, but it is possible.”

Rogenhofer predicts this growth will cement Ukraine’s position as one of the leading agricultural producers on the planet, with major implications for global food security and for the Ukrainian economy. “In the coming years, the agribusiness industry will become increasingly central to Ukraine’s overall economic strategy. Major export crops like sunflower oil and corn already generate huge foreign currency revenues for the state. As yields grow, so will these revenues,” he observes. This will also serve to increase the country’s importance on the world stage. “Ukraine is one of a handful of nations that have a central role to play in international food supply. Without Ukraine, by 2040 we might not be able to feed the world.”