TECH INDUSTRY: Will this data company become Kyiv’s next global IT success story? 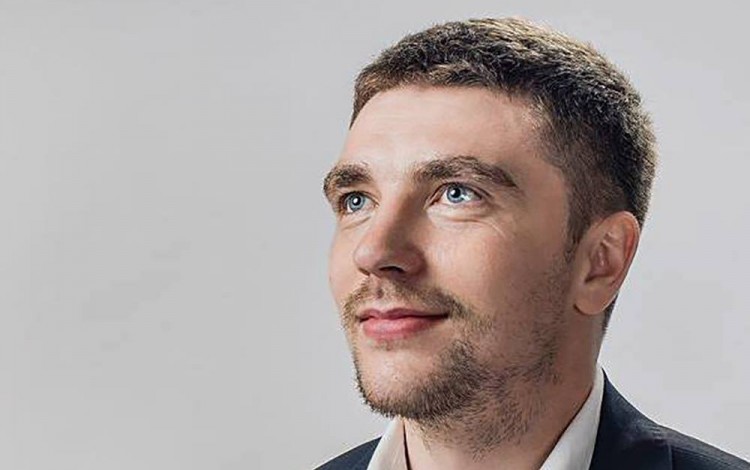 About the interviewee: Den Golotyuk is co-founder of .io
Business Ukraine magazine

Ukraine’s global branding has suffered in recent years thanks to persistent gloomy headlines in much of the international press. Whether it be the war in the Donbas, corruption, or parliamentary punch-ups, positive news about Ukraine often goes unheard. Against this grim backdrop, one regular source of good news is the country’s IT industry. Consistently ranked as an emerging global IT industry leader, Ukraine’s pool of ambitious and highly educated young professionals has created a plethora of companies determined to achieve success. In the process, they are challenging negative stereotypes about the country and re-branding Ukraine’s image for the better.

Ukrainian startups like Mobalytics and Sixe, which offer cyber sports and cloud sharing services respectively, have already received multi-million dollar investments in 2017. There are hundreds if not thousands of other teams seeking to emulate their success. Another startup launching itself onto the world stage that has already established a unique brand and reputation for itself is .io technologies.

Founded in 2015, .io technologies is a US based data analytics company with its R&D department based in Kyiv. It develops analytics tools for media and e-commerce projects across the world. Several major international brand names already use .io’s tools including the UK’s Express Group, along with global media giants like Bauer Xcel and CNN. Simple to use but incredibly detailed, .io technologies’ data dashboards are at the absolute cutting edge of the industry and, combined with an emphasis on customer service, the company has huge potential for significant expansion on global markets.

For .io technologies’ co-founder, Den Golotyuk, the watchword driving his company’s success is optimism. It is a trait he has gained a reputation for among his peers in the vibrant Ukrainian tech sector. A Churchillian letter Golotyuk wrote to his staff after receiving a substantial (and still confidential) investment went viral recently amongst the Ukrainian startup community, highlighting the importance he places on inspiring his team to go the extra mile. Reminding colleagues that with more opportunity comes greater difficulty, Golotyuk’s letter promised harder work and greater challenges. This echoed British WWII leader Winston Churchill’s famous exhortation: “I have nothing to offer but blood, toil, tears and sweat.” It also provided insight into a worldview rooted in the idea that anything is possible through dedication. “My whole life, I was told that ‘everything will always be bad because everything has always been bad’. I now realize that it's possible to make your own way in life,” he says.

Born in Kyiv amidst the final death throes of the Soviet Union, Golotyuk attended several schools and had a particular focus on mathematics, while also finding time for tango classes. After studying at Kyiv Polytechnic Institute, which he describes as “desolate and rotten to the core,” Golotyuk worked in outsourcing for several years before creating one of Ukraine’s IT giants. “From 2008 to 2015 I was at Genesis. I had the unique and unrepeatable experience of building a company. Beginning with three people in a shabby apartment, the company grew to 300 staff in five offices around the world. It was a real period of growth and learning.”

This experience also helped sow the seeds for his current work. “At Genesis, I spent a lot of time working with data. For the first three years, we were literally rubbish, mindlessly copying the decisions and processes of other companies. Then we realized that it was time to think for ourselves. The analytical phase began.”

Since its founding, .io has grown rapidly. Starting out with a small team all personally known to one another, .io now has a staff of 50 together with a brand new office inspired by Silicone Valley and ambitious plans for further expansion. The company’s success owes as much to its philosophy as it does to professionalism. Anybody who joins rapidly familiarizes themselves with the company’s mantra of personal education and development. Everyone, from new employees to Golotyuk himself, must be studying at least three books or courses at any given time. This emphasis on education has produced a highly ambitious team motivated to succeed through both personal and professional development. “The most important advantage of .io is the team and culture we have fostered,” says Golotyuk. “Everything else, such as our product, our support and our sales, all derive from the people who work here. We absorb new tasks and opportunities like a big sponge.”

This ability to embrace new thinking has allowed .io to position itself as an attractive debutant on the international data analytics scene, garnering the attention of suitors despite a crowded marketplace of competitors. In this context, Golotyuk’s infectious optimism is understandable. Nor is this positive outlook limited to his perceptions of his own company. Golotyuk shares this sentiment when speaking about Ukraine too, despite the fact that the country is often criticized for suffering from an overly negative mindset. “I don't actually think there is anything wrong with the mindset in Ukraine,” he reflects. “It is a young country. We will have a bright future. We just need to work hard and try to apply ourselves. A mindset is something that must develop over time. We are all people. We all have fears and doubts, and we all deceive ourselves sometimes, but deep inside, we are all as pure and sincere as children. You need to remember to listen to your heart.”