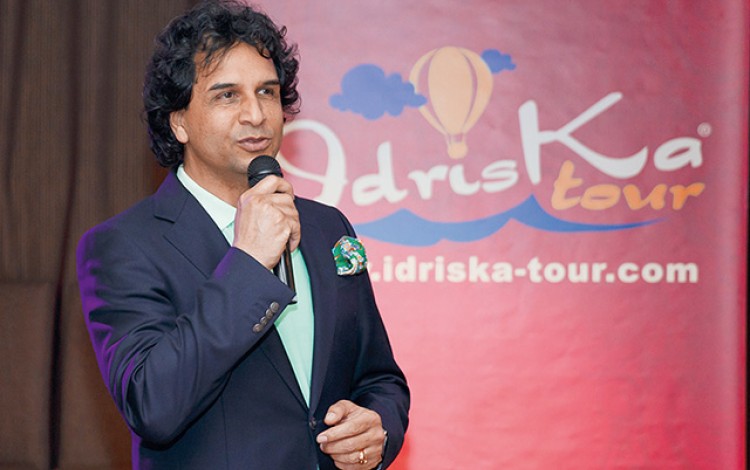 About the interviewee: Idris Kazimi is President of IdrisKa Tour
Business Ukraine magazine

How long has IdrisKa Tour been active in the Spanish segment of the Ukrainian international tourism market?

We have been offering Ukrainian tourists the opportunity to explore Spanish holiday options for the past eight years.

How has the market for Ukrainian tourism to Spain developed over the years of your involvement in this segment?

Spain has always been an appealing destination for Ukrainians. We have focused our efforts on the development of strong marketing campaigns in order to help popularize Spanish tourism opportunities among Ukrainian audiences. One of our key goals has been to highlight the full scope of tourism options on offer throughout Spain.

Which Spanish destinations have traditionally proved the most popular among Ukrainian tourists?

Based on the experience of holiday seasons in previous years, the most popular Spanish tourist destination among Ukrainian holidaymakers remains the Costa Blanca.

What kind of effect have the economic challenges of the past two years in Ukraine had on the tourism business?

Unfortunately, the political crisis in Ukraine has led to a rather deep economic crisis in the country. Inevitably, this has had a negative knock-on effect on the purchasing power and levels of disposable income of ordinary Ukrainians. However, the situation is gradually stabilizing. It is now possible to say with confidence that the 2016 tourism season will be successful.

How do you expect the introduction of your new charter flights to impact on Ukrainian tourism to Spain?

I am sure the instruction of new charter flight routes will help to further boost the popularity of Spanish destinations among Ukrainian tourists. When choosing a holiday destination, convenient and economic travel options always play a significant role.

What is the most unusual request you have ever had from a Ukrainian customer seeking to spend their vacation in Spain?

I think the most extraordinary request we have ever had was from a Ukrainian customer looking for a one-day trip to Spain. When you take the distances involved and the length of the flights to Spain and back into consideration, this customer was clearly what could be termed as an extreme tourist.

Which Spanish destinations would you most like to add to your charter flight portfolio?

Spain is a large and fascinating country. Every single region is attractive in its own way and has something unique to offer visiting tourists. This diversity is one of the reasons why people fall in love with Spain. It is also the reason why I would rather not limit our services to any particular regions of the country.