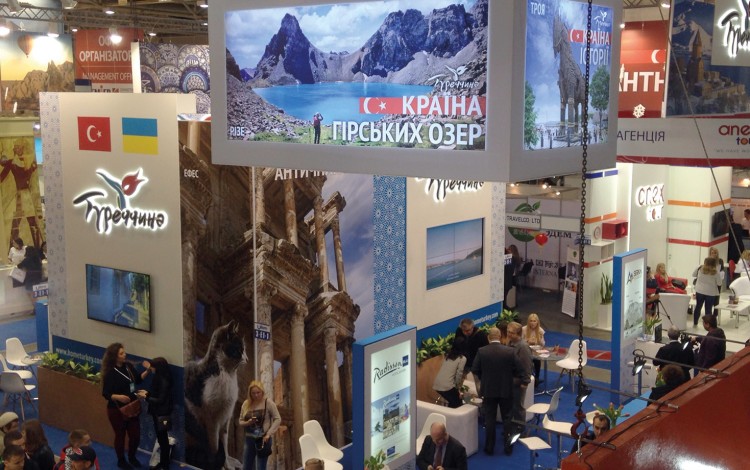 When I was a child in the 1980s, we usually spent our summer holidays at our grandparents’ summerhouse in a village close to Marmaris, which was then a small city on the Aegean coast of southwestern Turkey. After a twelve-hour car or bus ride, the only way to tell our relatives back in Ankara that we had arrived safely was to walk to the public telephone in the local post office. In order to reach the only disco in the area’s sole five-star hotel, we had to walk for half an hour along a dirt road. Before dining on the front balcony of the summerhouse, my grandmother would water the dirt road to avoid dust landing on our food. There was a nice beach on the other side of the road but it came without showers, changing cabins, sun loungers or umbrellas. We brought our meat with us in iceboxes, while fish came from a fishing boat that arrived once every week. Since tap water tasted a little salty, we preferred to get our water from the natural springs in the nearby mountains. We enjoyed wonderful nature but it was an environment underdeveloped for modern tourism.

After realizing its huge potential in terms of location, climate, nature and heritage, in the mid-1980s Turkey began to invest heavily in the country’s tourism sector. Efforts to improve infrastructure, increase accommodation capacity, and develop Turkey’s human resources proved successful. Key infrastructure investments included new airports and motorways, together with modernized water supplies. This transformed the coastal areas of the country into a Turkish Riviera. Tourism became a major industry, but one without factory chimneys. As the sector has expanded, incentives and subsidies developed by the Turkish Ministry of Culture and Tourism encouraged entrepreneurs to invest in the industry, fuelling further growth.

Thanks to these policies, the number of foreign tourists visiting Turkey increased from about 10 million in 2000 to almost 37 million in 2014. Due to the worsening security situation in the region, in 2016 this figure decreased to 25 million. Ukrainian citizens were the only exception to this downward trend, with the number of Ukrainian visitors increasing by 48% last year. This rise is actually in line with broader developments that have seen the number of Ukrainians visiting Turkey more or less constantly growing since Ukraine achieved independence in 1991. According to the latest figures, almost 1.12 million Ukrainian tourists spent their holiday in Turkey in the first nine months of 2017, marking another record compared to the 1.04 million who visited during the same period in 2016. This figure makes Ukrainians the seventh largest group of foreign tourists visiting Turkey.

Most Ukrainians visit Turkey for their summer holidays and purchase all-inclusive tours in big hotels on the Aegean or Mediterranean coasts. These tours usually include charter flights and accommodation in four- or five-star hotels. In addition to traditional all-inclusive beach holidays, Ukrainians also visit Turkey each year for a variety of other reasons including sightseeing, international conventions, healthcare, sports events, and winter tourism. We are pleased to note the typically high levels of satisfaction expressed by the majority of our Ukrainian guests. Like many other visitors, Ukrainian tourists often wish to receive service in a language they understand. This preference leads Turkish hotels to employ Ukrainian staff during the tourism high season. Due to this demand, the Turkish Embassy in Kyiv receives up to 200 working visa applications daily between February and June every year.

In the last few years, we have occasionally heard of negative feelings between Ukrainian and Russian tourists due to recent tensions between the two countries. I believe avoiding unpleasant incidents is not a major challenge for the Turkish tourism sector. Should any of our Ukrainian guests feel uncomfortable with a certain resort, tour operators can easily suggest alternative hotels. The broader truth may be that Ukrainians generally do not have a problem with Russians, but with the actions of Moscow. Such situations are not unique. Israeli and Arab tourists sometimes end up in the same hotels in Turkey too, but problems are very rare.

Ukrainian society is currently rediscovering its identity and history in the aftermath of the 2014 Revolution of Dignity. As part of this process, Ukrainians are finding that they have more and more in common with Turks. This trend comes at a time when bilateral cooperation is benefiting from a range of new flights and ferry services connecting the two countries. The recent advent of passport-free access for both Ukrainian and Turkish travelers is also bringing Ukraine and Turkey closer together. Looking ahead, I anticipate that the Ukrainian market will continue to grow and will remain a major focus for the Turkish tourism sector in the years to come.

About the author: Ozgun Talu is Counsellor and Deputy Head of Mission at the Embassy of the Republic of Turkey in Ukraine