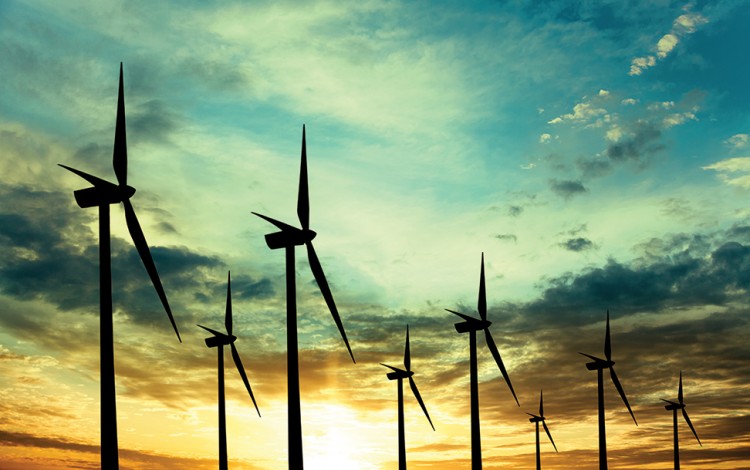 The Ukrainian energy market faced a difficult year in 2020 that saw disputes over the development of a competitive electricity market along with an escalating confrontation between the government and RES (renewable energy sources) investors over previously agreed payments for energy deliveries. This confrontation remains unresolved and is expected to reach a conclusion in the current year, with investors seeking indications of the government’s readiness to meet its commitments. The outcome will do much to shape the further development of the Ukrainian electricity market and energy sector in general.

Payment problems in the Ukrainian electricity market were already obvious in March 2020, with the state-owned Guaranteed Buyer responsible for meeting agreed feed-in tariff rates for renewable energy supplies reducing payments by 47%. By the end of July, payment levels had fallen to less than 5% and debts had grown to UAH 25.4 billion.

Mounting financial pressures brought the entire renewable energy industry close to insolvency. Numerous individual companies active in the Ukrainian energy market were unable to service their loans. In some cases, there were also difficulties covering the operational and maintenance costs of power plants.

These obstacles caused RES investors to consider their options, with many seeking to protect their investments via arbitration or aiming to reach a compromise with the Ukrainian authorities. The situation left the Ukrainian government with a choice between increasing electricity tariffs for end consumers or decreasing previously agreed feed-in tariffs and facing up to the prospect of defaulting on state guarantees to investors.

Following months of negotiations, a Memorandum of Understanding was finally signed on June 10 between the Ukrainian government and two of the three major associations representing the interests of RES investors. The parties to the Memorandum agreed to a feed-in tariff haircut for solar and wind power plants, with average reductions of 15% and 7.5% respectively. Different conditions were envisaged for power plants commissioned before 2015, which faced more drastic haircuts. Meanwhile, stricter regulations were proposed for RES producers regarding electricity generation forecasts.

Within the framework of the Memorandum, the Ukrainian government undertook to avoid introducing any further reductions in feed-in tariffs or other measures that might impair renewable energy projects. The authorities committed to establishing the conditions for timely and full payments by the Guaranteed Buyer and ensuring the restructuring of loans issued to RES producers by state-owned banks. Furthermore, the government agreed to oversee the organization of “green” auctions for new renewable energy projects.

The Memorandum envisaged clear deadlines for the repayment of outstanding debts incurred by the Guaranteed Buyer during the period prior to August 2020. In line with the terms of the Memorandum, 40% of these debts would be payable by the end of 2020, with the remaining 60% set to be paid off during the course of 2021 on a quarterly basis.

The majority of terms set out in the Memorandum were further formalized in the Ukrainian parliament by the passing of a corresponding law on July 21, 2020.

As a result of these agreements, the feed-in tariffs for the Guaranteed Buyer decreased significantly. Nevertheless, there was little indication that the authorities were prepared to take the necessary steps to meet their obligations in line with the terms of the Memorandum. New problems soon arose over a revised electricity transmission tariff for the national transmission system operator, Ukrenergo, with the rate fluctuating during the second half of 2020 and failing to meet the expectations of RES producers. This was regarded as a failure on the government’s part to meet its obligations as established in the Memorandum.

During autumn and winter 2020, Guaranteed Buyer payments to RES producers fell behind schedule with an approximately one-month delay. The anticipated repayment target of a 40% share of all outstanding debts by the end of 2020 was not met.

Due to these setbacks, the mood of cautious optimism among investors that had arisen thanks to the signing of the Memorandum and subsequent passing of related legislation during the summer months began to decline sharply. In its place was a determination to seek a settlement by other means. Consequently, the number of lawsuits against the Guaranteed Buyer increased. The total volume of claims against the Guaranteed Buyer in December 2020 reached around UAH 1.1 billion, approximately 15% of which represented penalties for delayed payments.

In early 2021, the Ukrainian authorities took a number of steps towards resolving the mounting challenges faced in the energy sector. In order to reduce the financial deficit in the electricity market, the government increased electricity rates for households. However, while reducing the financial pressure on the Guaranteed Buyer caused by public service obligations (PSO), this measure did not reduce the need for reasonable Ukrenergo tariffs. Nor did it solve the problems surrounding the repayment of existing debts to RES producers.

Back in December 2020, the Ukrainian Cabinet of Ministers adopted a resolution approving the provision of state guarantees for Ukrenergo to attract loans from state-owned banks in order to repay debts to the Guaranteed Buyer amounting to UAH 11.3 billion. The relevant loans to Ukrenergo were approved by the National Energy and Utilities Regulatory Commission (NEURC).

According to the available information, the current volume of funds provided to Ukrenergo by state-owned banks is UAH 6.4 billion. However, despite the expectations of the RES producers, they have received only half this amount. The remainder has reportedly been distributed to state-owned energy companies Energoatom and Ukrgidroenergo, which have suffered losses due to public service obligations and low household rates. Even though Ukrenergo expects to receive an additional UAH 4 billion in the near future, this amount will not resolve the outstanding debt issues.

In a separate initiative, the Ukrainian Ministry of Energy has announced the issue of state bonds to generate funding for the Guaranteed Buyer, as well as plans to finance renewable energy via increases in CO2 emission tax. However, these options remain somewhat vague and the chances of their successful implementation in 2021 are rated as low.

At present, it appears that the Ukrainian authorities are once again close to losing the trust of RES investors, who are instead exploring their options in terms of possible arbitration and litigation in national courts. If the numerous potential arbitration proceedings do in fact materialize, the possible cost to the state in losses is difficult to overestimate.
In the short term, the figure includes at least an additional 15% to 18% in penalties along with existing debts, which could mean a further UAH 3-5 billion. In the long run, Ukraine would face the possibility of numerous multi-million dollar awards in investment arbitration cases.

The Ministry of Energy is currently seeking to attract investments in order to finance storage facilities for the electricity market as well as the development of ambitious hydrogen projects. The success of these efforts will depend to a significant degree on the settlement of existing problems with RES producers. Unless the Ukrainian government takes unpopular steps to resolve the country’s renewable energy crisis, any further investment projects will be at risk due to the loss of trust among international investors and rising interest rates on loans from international banks for projects in other sectors of Ukraine’s energy industry.

About the author: Ivan Bondarchuk is a Counsel and Head of Energy & Natural Resources at LCF Law Group