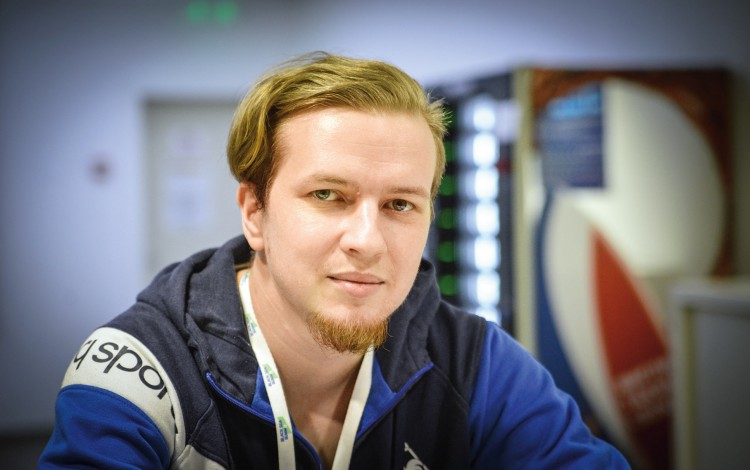 28 year old Kyiv native Ivan Pasichnyk was the toast of country’s IT and startup communities in January when he became the first Ukrainian to be featured in Forbes magazine’s prestigious annual ‘30 Under 30’ international ranking. Pasichnyk was including in the 2016 list for the work of his company, Ecoisme, which develops hardware and software allowing homeowners and utility companies to monitor and control energy usage via their smartphones. He insists the accolade is merely the result of hard work, and says he hopes the international recognition he has received will now inspire other Ukrainian IT entrepreneurs to think big.

Pasichnyk is every inch the startup poster boy, complete with grungy garb and untamed goatee beard. When he sat down to chat with Business Ukraine magazine in mid-February, he was sporting a Kyiv Mohyla Academy hoodie despite being a graduate of the considerably less hipster-friendly Kyiv Polytechnic Institute. It was a choice that seemed to speak volumes about the growing confidence of Ukraine’s startup scene, hinting at a new generation seeking their cultural reference points closer to home. In conversation, Pasichnyk comes across as a focused but understated executive who is far more comfortable talking about his product than himself. He seems mildly embarrassed by the media hype surrounding his newfound Forbes fame and complains that the Ukrainian press have made too much out of it. “The media have tried to portray us as superheroes but the reality is much simpler,” he says. “I’m not a genius or a superhero. I’m just someone doing what I love.”

Despite this apparent reluctance to bask in the limelight, Pasichnyk concedes that the media coverage surrounding his Forbes breakthrough will serve a useful purpose if it encourages other innovative young Ukrainians to take the startup plunge. “It is good that people now realize it is possible. Other Ukrainians need to believe they could also be featured in Forbes magazine,” he offers.

Ukrainians must overcome fear of failure

In order for Ukraine’s fast-expanding knowledge economy to reach its true potential, Pasichnyk believes Ukrainians need to rethink the way they approach startup businesses. According to some estimates, Ukraine now has the highest number of IT professionals in Europe, but the booming Ukrainian IT sector remains dominated by companies engaged in outsourcing work. Pasichnyk says he would like to see much more Ukrainian entrepreneurial innovation. “Ukrainian IT programmers have a great reputation internationally, but they are paid by the hour. Developing our own products opens the door to far greater revenues,” he states.

Part of the problem as Pasichnyk sees it is a business culture where failure is generally regarded as both shameful and definitive. “In America, failure is seen as part of the ordinary business cycle, whereas in Ukraine it is the end of the world,” he reflects. “We need to stop being afraid of failure and start trying to do different things without worrying about what’ll happen if it is not a success.”

He is also critical of the country’s higher education system. Ukraine’s universities have been largely responsible for producing the graduate talent behind the current explosive growth in the IT sector, but Pasichnyk sees considerable room for improvement. He points to the ridiculously low salaries many professors and academics receive and claims that there are far too many ‘fanatics’ among teaching staff, before complaining about faculties full of ‘old people who don’t really understand how the modern world works’. These critiques are nothing new and reflect widely held beliefs throughout the IT and startup sectors about the need for systematic reform within Ukrainian higher education. Although he himself is a graduate of the Ukrainian university system, Pasichnyk says it might actually be better for young Ukrainians to start working in the IT sector as early possible, foregoing a traditional university degree course and using online courses instead as an avenue to greater professional skills.

Creative and comfortable in Kyiv

The spirit of innovation is something that tends to come naturally, and it is no surprise to learn that creativity has long played a key role of Pasichnyk’s everyday life. Prior to his breakout success with Ecoisme, he says he made everything from furniture to sniper rifles. However, Pasichnyk’s number one passion has always been IT.

The Ecoisme idea grew from an energy project first put together during a Kyiv hackathon. The censors that his company produces for home installation utilize Ukrainian IT knowhow and Ukrainian programming skills. Pasichnyk has designed his product for customers in Europe and North America who combine higher demand for energy efficiency with increased consumer expectations of convenience.

Despite looking west for both markets and investment, he says he has no intention of relocating the company or leaving Kyiv permanently. The Ukrainian IT industry continues to suffer from a serious brain drain problem, but Pasichnyk says he does not plan on joining the exodus just yet. “I will personally be wherever I need to be in order to make the business work, but as a company we intend to remain based in Ukraine. We are all comfortable living here. Besides, we have an excellent network of contacts and have access to a range of great and inexpensive specialists.”

The immediate priority for Pasichnyk and his Ecoisme colleagues is attracting more investment. The group can already count on major strategic investors such as Deutsche Telekom. They claim to currently be in talks with at least 70 more potential investors. Startup investment in Ukraine is a potentially lucrative but highly speculative business, something Pasichnyk acknowledges when he likens the current investor environment to the Wild West. Nevertheless, he says he is confident that those who buy into his company at this relatively early stage will come to see themselves as the lucky ones. “I’d advise anyone to consider investing in us now. Because soon we will be much more expensive,” he concludes.