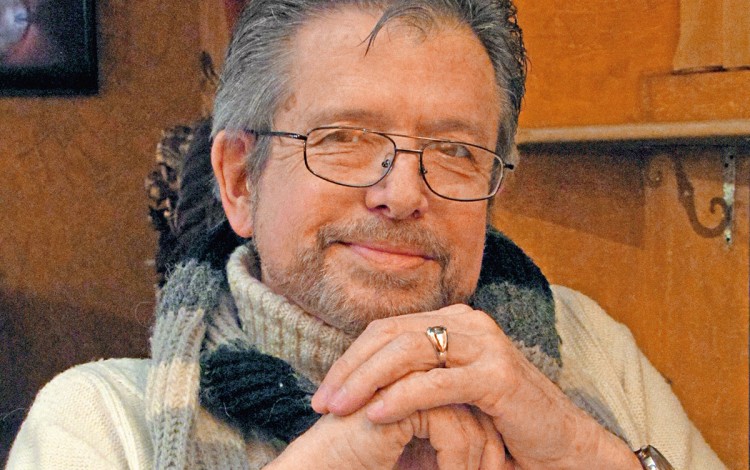 About the author: Eric Ross Gilliatt is a Kyiv-based American dramatic actor, director and producer. He also holds an MBA from the University of Phoenix. He is Managing Director of film production company “UFI Production” at the Ukrainian Film Institute.
Eric Ross Gilliatt

When the Soviet Union collapsed in 1991, Ukraine inherited what was then a state-of-the-art Dovshenko film studio facility located in Kyiv. Perhaps not as elaborate and technologically capable as Hollywood’s many famous studios, it was nevertheless a very large and impressive facility that had produced some of the USSR’s finest movies over the decades of its operation. For years, independent Ukraine failed to build on this legacy. However, there are indications that the future for Ukrainian filmmaking is finally getting brighter.

In recent years, we have seen the development of a very capable film studio with sound stages built by the FilmUA group in Kyiv. Film and television production groups like Star Media have also emerged along with various smaller post-production studios and production equipment rental companies like Patriot. These companies and facilities are all capable of working together and bringing high-quality feature length films to life if given the opportunity. Ukraine is also developing the highly advanced art of digital character creations, or Virtual Reality project work. These are exciting times for what was once seen as an industry in terminal decline.

There are a number of English-language film projects being planned for Kyiv using prominent Hollywood stars that, when accomplished, will bring the city, and the country, into focus as a world-class film-making location. There are also cooperation projects underway involving the Ukrainian Film Institute and UFI Productions together with leading technology companies like Samsung to develop highly advanced Virtual Reality venues. These could even lead to such amazing things as interactive VR that would be similar to the “‘holodecks” seen on the science fiction series, “Star Trek, The Next Generation”.

One of the biggest obstacles to Ukraine entering the global film marketplace has long been language. Films produced in Kyiv have always been almost exclusively in either the Russian or the Ukrainian language. Films did not receive distribution outside of Ukraine and Russian-speaking countries, even with appropriate language subtitles. This has meant film profit potentials were severely limited since revenues from local theater screenings were small, as were those from regional television licensing. Only one feature-length product about Ukraine has made it onto the Oscars shortlist in recent times. “Winter on Fire,” a documentary about Ukraine’s “Revolution of Dignity,” was sold to US film giant Netflix who also promoted it for the Academy Awards.

The lack of a credible business model in the Ukrainian movie industry over the past 25 years has helped fuel the habit of syphoning money away from project production budgets – a practice that has made access to outside financing even more challenging. Many of the biggest projects undertaken by the Ukrainian film industry since 1991 have been big-budget television serials designed for Ukrainian and Russian domestic audiences. Given the limited TV advertising market potential in both countries, such projects have had little chance of recouping their initial investment. Because of language barriers, no plans were made to try to bring these serials to the EU or the US, where Pay per View, Video on Demand, and regular television broadcast licensing options offer the promise of significant profits. As a result, it became commonplace to misuse investor funds allocated to cover production costs.

Today the language problem is being gradually addressed and the Ukraine film industry is beginning to change in ways that are making it increasingly competitive internationally. With more young Ukrainian actors now learning English, even up to the native-speaking level, coupled with the very attractive low location and production costs the country can offer, more and more international English-language film projects are now starting to be planned, shot, and produced in Ukraine. Acting schools like ProEnglish Theatre are already focusing on teaching actors the English language, while newcomers with similar approaches like Study Academy continue to emerge. This, along with an influx of new native-speaking actors to Kyiv, has begun to change the employment landscape for foreign producers. Local casting agencies like ABA Studio are working to expand their networks into the EU, allowing them to offer good English-speaking actors.

What does the future hold for the Ukrainian film industry and what problems prevent the country from capitalizing on its obvious advantages of cost-efficiency, human resources wealth, and excellent locations? Corruption within the film industry remains as big an obstacle as it does elsewhere in the Ukrainian economy. Current perceptions of corruption feed a residual sense of caution among foreign producers, directors, and movie industry investors. This relates to government involvement as much as private sector players. In addition to the fiscal aspects of producing a movie in Ukraine, the bureaucracy required for all the necessary permits and approvals are leftovers from the USSR and require painful amounts of time. That will have to be addressed directly if progress in getting more film work into Kyiv can be accomplished. The potential benefits make this an attractive cause. A more movie-friendly environment could eventually lead to multimillion-dollar international productions in Ukraine, bringing a significant financial boost to the wider economy while helping to put the country on the international radar.