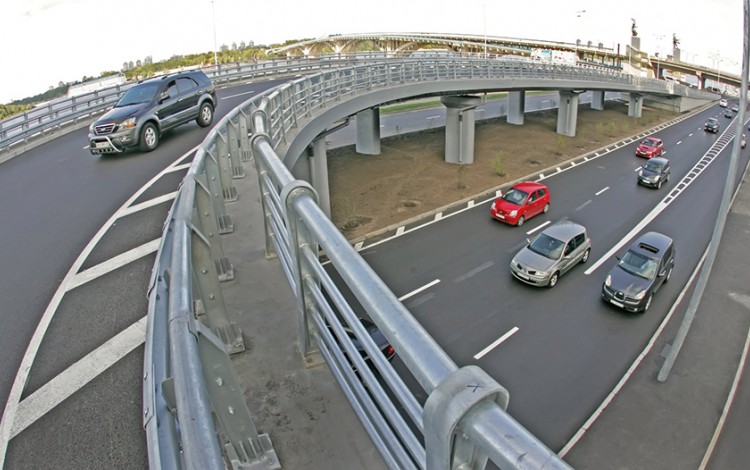 Infrastructure is one most promising sectors of the Ukrainian economy in the short- to medium-term. In particular, the country’s seaports, road network and energy infrastructure all require significant modernization, creating room for potential international investment initiatives.

According to the latest data provided by Ukrainian Sea Ports Authority, Ukraine currently has 13 operational seaports with a total turnover of 131 million tons in 2016. At the same time, more than 70% of the county’s port equipment and infrastructure is in a worn out condition, forcing authorities to pursue modernization plans. Unsurprisingly, the Ukrainian Sea Ports Authority is now actively working towards attracting greater investment into the country’s seaport infrastructure.

In 2017, the volume of capital investment into Ukraine’s seaports should total UAH 3,507 million. Approximately UAH 929.8 million will be used to finance construction and reconstruction works of quayside facilities at the country’s Odesa, Mariupol and Chornomorsk seaports. Meanwhile, UAH 1,737.7 million will be spent dredging the Chornomorsk and Yuzhny seaports. In April 2017, two auctions took place for the planned dredging work at Yuzhny seaport. As a result, foreign companies from Belgium and China (DEME Group’s Novadeal LTD and the China Harbour Engineering Company Ltd) secured the rights to manage these dredging projects, highlighting the existing international interest in the sector. With Ukraine looking to play a role in new Asia-Europe trade routes currently under development, and with EU trade ties gaining in strength thanks to the Association Agreement between Brussels and Kyiv, Ukraine’s seaports are likely to become more attractive over the next few years.

Ukraine’s vast and potholed road network presents a far more challenging but potentially exciting proposition for would-be infrastructure investors. At present, the country’s roads are in a state of considerable disrepair. According to the latest figures from Ukraine’s Ministry of Infrastructure, 97% of Ukrainian roads are in a poor condition. Around 40% of the country’s roadways are virtually ruined. These technically ruined stretches require major repair works that are the equivalent of starting from scratch. In a country the size of Ukraine, this is a task of biblical proportions. What is to blame for Ukraine’s notoriously poor roads? The sector has long suffered from extremely high levels of corruption, leading to regular underfunding of construction and repair works. This is widely believed to be the key factor behind the sorry state of Ukraine’s highways.

The scale of Ukraine’s road repair challenge should not be underestimated. Experts calculate that resolving the problem will require funding totaling billions of US dollars per year for at least the next decade. Given the extremely large volumes of financing required to carry out substantial repair works on the country’s roads and to construct new highways, Ukraine currently relies heavily on funding from international financial institutions such as the European Investment Bank and the European Bank for Reconstruction and Development. Prominent examples of reconstruction projects include the M07 highway linking Kyiv to Yagoyn and the M05 Kyiv-Odesa highway.

The experience of developed economies shows that the most effective way to attract private investment for major transport infrastructure projects is via concessions that allow investors to finance or directly carry out construction and development works. In return, they secure long-term rights to possess and exploit the infrastructure object in question. This format allows the investor to make good on their investment, covering original expenditures and subsequent maintenance costs while turning a profit on their original outlay. Meanwhile, the country benefits from a well-maintained and productive addition to national infrastructure. At the end of the agreed concession period, the infrastructure returns to state control.

The mechanisms for this kind of cooperation already theoretically exist in Ukraine and are set out in a concession law, while there is a separate law specifically addressing road construction concessions. Despite the considerable vintage of this legislation, there are virtually zero successful examples of cooperation between the state authorities and private investors within the framework of existing concession law. This failure to capitalize on the opportunities presented by concession agreements reflects a lack of trust within the international investment community towards the Ukrainian authorities due to previous failures to strike a mutually agreeable balance between state and investor interests – especially with regard to the division of expenditures during project financing.

About the author: Oleksiy Feliv is Managing Partner at INTEGRITES and Co-Chair of the Infrastructure Committee at the American Chamber of Commerce in Ukraine