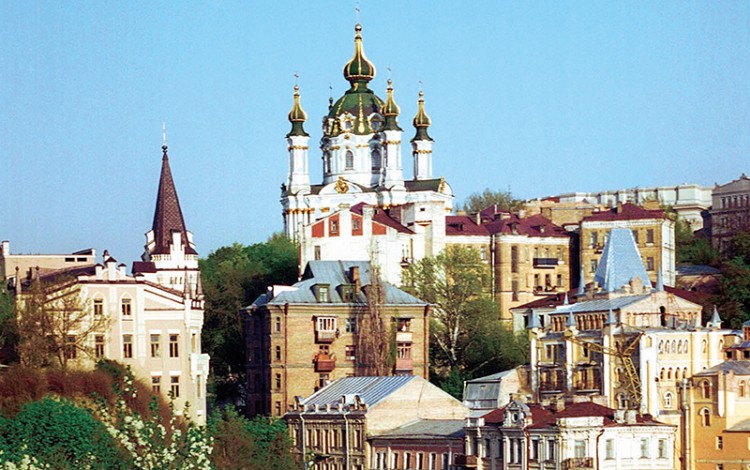 Foreign visitors to the Ukrainian capital along with most expats generally prefer living in downtown Kyiv - they usually have the income to take advantage of entertainment options in the city centre, and greatly appreciate the convenience of being where the action is. But when it comes to picking an apartment building, these so-called pragmatists can be downright romantic and frequently tell real estate agents, “I want to live in [or buy] an apartment in an older building downtown with more character.” Older buildings in Kyiv come in two basic types - Tsarist and Stalinist. They tend to be clustered in the city centre, and depending on their condition, can be quite comfortable for living. In this article we discuss the pluses and minuses of renting and buying apartments in these types of buildings.

The late 19th and early 20th centuries represented a relative high point for architecture in Kyiv that incorporated many styles including Neogothic, Neorenaissance, Neobaroque, Neoclassic and New Russian. Chief among these styles was Art Nouveau, a style characterized by the inclusion of spires, towers, mosaics, fanciful windows, gates, balcony grates, decorative facades, entrances, stairwells and roofs. The Art Nouveau period lasted up until the First World War and the turmoil that began with the Russian Revolution in 1917. Today all of these pre-revolutionary properties are collectively referred to as ‘Tsarist’ buildings by Kyiv locals.

Tsarist buildings tend to be five storeys tall and apartments in them feature high ceilings (up to 4.5 meters), thick brick walls, and large living areas (usually 4-6 rooms) encompassing up to 150 square meters. Each of these buildings was built according to an original design, making them aesthetically appealing and visually distinct from the homogenous mass of Soviet-era buildings that dominate much of Kyiv. Originally these buildings lacked elevators, but today some renovated buildings now have them. Several Tsarist buildings are marked with plaques that identify them as protected architectural monuments.

Kyiv architecture from the 1920s up until the 1950s is commonly known as Stalinist and the buildings from this era are routinely referred to as ‘Stalinkas’. Compared to Tsarist buildings, Stalinkas can be taller buildings (8 or more storeys), but the apartments in them tend to be slightly smaller (3-4 rooms and usually up to 85 square meters), although ceilings can be nearly as high (up to 4 meters). These solidly built, functional buildings are usually made from red or white brick, or concrete slab, and have a classic, square-shaped design with spacious corridors, stairwells and apartments.

While Stalinkas may lack the originality and aesthetic appeal of Tsarist buildings, apartments in them are still valued for their spaciousness, durability and construction quality - especially when compared to later Soviet-era buildings. Most Stalinkas are located in Kyiv’s centre and near-centre districts. Downtown Kyiv was ravaged by the Second World War and this led to widespread rebuilding in the immediate post-war years. For example, the city’s main street, Khreshchatyk, was completely destroyed before being rebuilt in the late 1940s in classic Stalinist architectural style.

Kyiv features a handful exclusive leafy downtown districts such as pricey Pecherski Lipki, but living in the city centre is generally not seen by Ukrainians as quite as desirable or prestigious as it is in the EU or US. This tendency can be partly attributed to cultural factors. Ukraine is still a socially traditional country where agriculture, rural life and nature are highly romanticized. Added to this is the fact that Ukrainians tend to be less logistically-minded than Westerners and seem more willing to endure a brutal daily commute in order to live in a newer building or even outside Kyiv altogether.

Among those Ukrainians who actually want to live downtown, a majority seem to favour living in newer buildings. To be polite, many newer apartment buildings in central Kyiv lack the charm and originality of the city’s older Tsarist and Stalinist buildings. This preference for newer buildings among Ukrainians drives up the prices of these buildings. As a result of these preferences, the best value for potential investors in today’s Kyiv can often be found in buying, renovating and letting out an apartment in an older building. The charm of these buildings, combined with the convenience of their downtown location, makes them highly attractive as rental properties, especially for expats and short-term visitors.

If you’re considering buying an apartment in one of Kyiv’s older buildings, one less discussed but interesting thing to keep in mind is the fact that it is sometimes possible to ‘privatize’ the attic floor and the roof when you buy a top floor apartment. This can be a complicated and drawn out process, but local specialists can help you with the paperwork. If you’ve ever stood on Castle Hill in Prague and looked down on the Old Town, you might have noticed the sea of rooftop balconies and mansard apartments that dot the horizon. This is a preview of what is sure to come in Kyiv.

Downsides and due diligence

There are some downsides to buying or renting an apartment in a Tsarist or Stalinist building, such as a lack of secure parking. However, some older buildings can have courtyards that offer residents dedicated parking spots. Local facilities may also be limited. Sometimes you may need to travel a little bit further to find a supermarket, a decent sized grocery store, or a fitness centre.

While an apartment in an older building in Kyiv can be a good value investment, it is important to do your due diligence beforehand. Things to look out for include water pressure - especially for top floor apartments - and electricity. Older buildings have often been subdivided into several apartments and the building may not have enough load capacity to support all apartments with modern appliances. Sometimes the electricity in older buildings is not properly grounded, creating the risk of power surges.

Older buildings can often lack an elevator; although one may be added if there’s a back service stairwell. You’ll also want to find out if the apartment you’re considering investing in has its original wooden floor beams or if they have they been replaced with reinforced concrete. Even if the building you’re looking at has been renovated and updated, it can still often be a good idea to engage a specialist for a home inspection, also known as a ‘technical due diligence’ report. Lastly, some Tsarist buildings can be protected architectural monuments, so it is important to find out if the apartment you’re considering is subject to any restrictions that would interfere with any renovation plans that you have in mind.

As Ukraine’s economy recovers and continues to develop, we can expect Kyiv’s already clogged streets to become even more bogged down. Traffic delays will become more of a problem, while the economic value and opportunity cost of Ukrainians’ time will rise. Eventually more people will seek to avoid the suburban traffic jams that result from sprawl, leading many to opt for a more urban existence. And as Ukrainian society continues to become less traditional in outlook, with young and successful Kyivans deferring marriage (and/or having children) until later and later in life, it is easy to imagine the emergence of an expanded yuppie class with the spending power and desire to enjoy the benefits of living downtown. So will a rising class of Kyiv yuppies and other market forces lift the value of older buildings in the city centre and nearby Podil? Or is this merely a New Urbanist fantasy? Stay tuned.