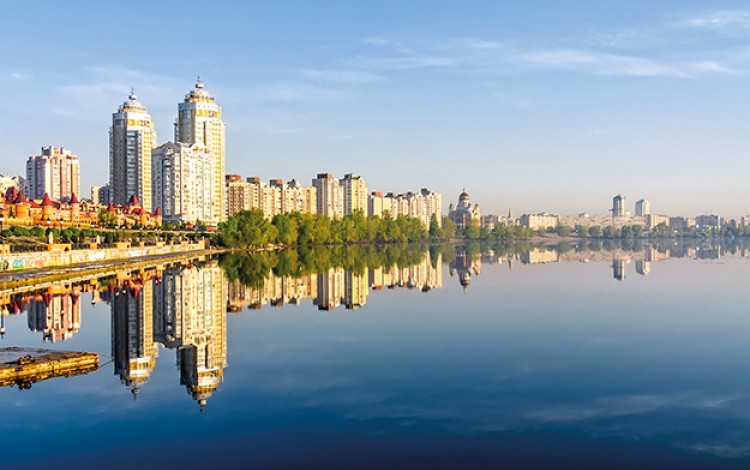 It is widely assumed that currently nobody in Ukraine uses a local mortgage to finance a home purchase, and available figures support this assumption. By some estimates, less than 2% of home sales on the Ukrainian real estate market in 2015 involved the use of a mortgage. A couple of years ago, it was quite common for foreign clients to inquire about the possibility of obtaining a local mortgage to buy property in Kyiv. Lately it is rare that anyone in the real estate business encounters this inquiry from individual home buyers – especially foreign investors, who tend to be savvier and never ask about mortgages anymore. Word has clearly gotten out - do not expect to finance buying a home in Ukraine with a local mortgage.

This was not always the case. In this article, I will review the brief history of mortgage lending in Ukraine, explore the obstacles to its restoration and future development, and look at the benefits that the development of a healthy mortgage market would bring to Ukraine’s real estate sector and economy as a whole.

A brief history of mortgage lending in Ukraine

Historically mortgage lending in Ukraine was always concentrated in the capital Kyiv. From 2001 to 2007, the hryvnia currency was stable at about UAH 5 to the dollar. Meanwhile, inflation was moderate, home prices were rising rapidly, and mortgage rates were relatively low, all of which stimulated the housing market. Everything seemed to be in place for the emergence of a strong mortgage market, but the mass market for mortgage lending in Kyiv collapsed in the wake of the 2008 global financial crisis. Personal incomes fell, housing was no longer affordable to many Ukrainians after years of rising property values, and mortgage rates rose sharply.

Prior to the 2008 crisis, many Ukrainian homebuyers had opted for dollar mortgages. Interest rates on these loans were lower than hryvnia loans and borrowers assumed that the hryvnia would remain stable. This proved to be a disastrous miscalculation. The Ukrainian mortgage market never recovered from the shocks of late 2008. In 2014-2015, the situation with mortgages only worsened in response to political unrest, war, and the steep devaluation of the hryvnia.

As of late 2015, borrowing costs for mortgages in Ukraine are prohibitively high, with fixed rates that are on average 25%+ per year. Several factors contribute to this phenomenon. High inflation and lack of trust in local banks keep rates paid to depositors high. These high deposit rates increase costs of funds for banks and drive mortgage rates higher. Often it is difficult for banks to evict borrowers from their apartments for non-payment and sell these mortgaged properties. Mitigating this risk increases mortgage rates.

Many Ukrainian depositors keep their funds in the bank for short periods of 3-6 months, while on average mortgages mature in 20 years. The general lack of long-term funds increases liquidity risks to banks. This also needs to be priced into mortgage rates. Nowadays many homebuyers seek loans instead of traditional long-term mortgages, opting for bridge financing where they already have 80-90% of a property’s value in cash and intend to repay their loan in 6-12 months.

What about the idea that foreign banks in Ukraine could theoretically offer lower mortgage rates due to their large resource base? After all, these banks can access global financial markets for cheaper credit compared to the high cost of funds from local short-term depositors in Ukraine. This approach will not work because funds obtained abroad are in USD or EUR, while foreign banks in Ukraine must lend to local borrowers in hryvnia. Currency controls introduced by the National Bank of Ukraine also require banks to keep very small forex positions. Added to this is a lack of demand. Given the recent instability of the local currency and the uncertainty about the security situation in the country, relatively few Ukrainians would be eager to take on a hard currency loan.

It is important to recall that banks in Ukraine are still burdened with a high level of bad/non-performing USD and EUR-denominated loans that were taken out prior to the 2008 financial crisis. In late November 2015, Ukraine’s Cabinet of Ministers approved a package of draft legislation to support companies and families that obtained hard currency loans, including a draft law to provide means-tested relief to approximately 37,000 ‘vulnerable’ citizens who took out hard currency mortgages to purchase their primary residence (as opposed to speculators). The hope is that this package of draft legislation will reduce the debt burden on companies and individuals and increase the supply of loans in Ukraine’s banking system. The package will be submitted to the Ukrainian parliament for review in early December.

Other obstacles to mortgage lending in Ukraine

In addition to the aforementioned currency and liquidity risks, another lending risk worth noting is credit risk. In Ukraine, many people derive a significant portion of their income from the country’s sizable informal economy. As a result of this dependence on the shadow economy, they are typically unable to provide proof of their income. Such people find themselves locked out of the mortgage market, but the economic reforms that would stabilize Ukraine’s economy and its currency would also theoretically decrease the size of this informal economy.

While proof of income and credit history checks are regarded as standard procedures for all mortgage lenders worldwide, with the recent tightening of mortgage lending, some Ukrainian banks are now also requiring that the borrower be no older than 60 or 65 years old at mortgage maturity. Mortgages in Ukraine have an average length of 20 years, which means that if the borrower is older than 40 or 45, he or she could be denied a mortgage on the basis of age alone. Other obstacles to the development of a healthy mortgage market in Ukraine include the absence of an effective mechanism for assessing property values, the lack of a mortgage-backed securities market, the lack of an electronic land inventory, weak foreclosure procedures and an unreformed judicial system.

In developed economies, mortgages represent a significant portion of household debt and support banking systems and financial markets through secondary markets and securitization of mortgages. A healthy housing market drives the construction industry and generates employment. While the homeownership rate in Kyiv is high, average living space per person is low (less than half the EU average). There’s also a massive structural housing deficit. Kyiv is the capital of the largest country in Europe with a highly educated population of over 40 million people. Just try to imagine the scale and economic impact of restoring mortgages in Ukraine where most home purchases are ‘cash sales.’

What can we expect going forward?

Many bank analysts do not expect Ukraine’s mortgage market to change much in 2016. Currently an unstable hryvnia and high interest rates are the biggest obstacles to restoring the mortgage market. In the past few months, the country has taken positive steps towards stabilizing its currency by securing an IMF aid package and averting default by re-negotiating with Western bondholders. The possible debt restructuring on hard currency loans to local borrowers is also a positive sign.

These are encouraging developments, but for the hryvnia to stabilize, Ukraine has to attract foreign direct investment that will increase the country’s capacity to generate hard currency export revenues. However, the hard work of implementing economic reforms and making Ukraine’s investment climate more attractive for foreign investors remains.