Real estate prices are looking increasingly attractive but is now the right time to enter the Ukrainian property market? 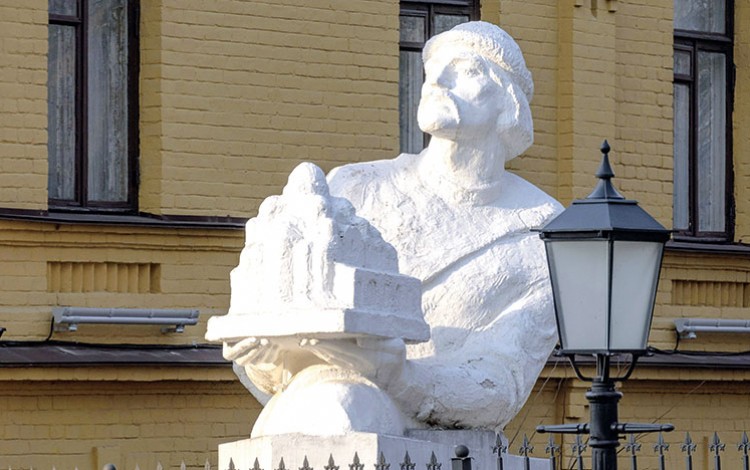 Statistically speaking, over time property is probably the best investment you can make, outperforming other asset classes. Property nearly always appreciates, so there is little risk that you will lose your money. The determining factor is generally when you get in, and when you choose to sell. This is more or less the same in any country.

The swings in Ukraine can be more volatile than in more mature markets. If you bought property in Kyiv during 2006 to 2008, you would probably have lost money. This is true even on prime real estate in the centre of Kyiv, whether residential or commercial. For example, commercial real estate on Prorizna Street at the beginning of 2008 was selling for more than USD 6000 per square meter. At present, you would be lucky to get USD 3000. Due to the economic malaise affecting the world since 2008, followed by the political and economic crisis in Ukraine since 2013, rental rates on these properties have dropped from USD 60 per square meter to USD 25. However, if you had bought these properties back in the 1990s at USD 500 per square meter, you would still make a considerable profit.

This is not only true for Kyiv. In the late 1980s, London property prices collapsed by over 30%. There are now fresh concerns that London property prices are over-inflated and that a new crash is ‘just around the corner’ with drops of 30% being predicted by some economists and property watchers. There are numerous reasons for such speculation, not least the growing gap between salaries and mortgages. Average mortgage to salary ratios were typically three to one, but in today’s London this has now grown to eight to one.

How can you assess whether real estate prices are set to rise or fall? For the London market, there is a huge range of statistical data gathered over years to indicate what is happening. However, nobody knows when a correction will occur, and when it does happen there is a tendency for the market to overreact, leading to dramatic swings as everyone scrambles to reduce their losses.

The Ukrainian market does not possess the long and detailed history that enables investors to make informed decisions as the do when dealing with more mature markets like London or other major European cities. Back in 1987 – the year of the last major London property crash – there was no property market at all in Kyiv. With limited amounts of statistical information to rely on, how can market participants assess when to get in or out of the Ukrainian property market?

The best answer would be common sense. Read the signs that are around you and gauge people’s attitudes. Follow some of the tried and tested old adages – for example, when taxi drivers start talking about property trading, it is probably time to get out. Try to understand the vagaries of the Ukrainian political and economic market place.

At present, property prices are well below their 2008 peaks. In all probability, they will eventually recover to nearly where they were, but the big question is when. My guess is it will take at least 5 years, and even then, this depends on outside factors such as the actions of the Kremlin. You can currently buy cheap and could probably double your money in 5 years, but with so much commercial property (offices, retail and warehouses) standing vacant, finding a good tenant and a reasonable level of rent could prove challenging, resulting in poor annual yields.

Residential properties in Kyiv are typically 50% of their value back in 2008. The principal reasons for this decline are the economic and political problems in Ukraine, compounded by the inability or unwillingness of Ukrainian banks to offer mortgages. When they do, interest rates often exceed 24% per annum and are only available in hryvnia as foreign currency loans for residential property are no longer possible after the 2008 crash.

If you are buying to reside, now is a good time to enter the market, assuming you have the money and are prepared to wait for a few years before you see any improvements. If you are looking to lease there is good reason to be cautious, as rents are 50% down on boom time rates except for in certain areas of Kyiv.

What are the best investment opportunities currently available on the Ukrainian real estate market? There are two sectors which are worthy of special attention. One is buying residential property in locations of interest to the diplomatic community. Due to the political crisis in the region, this is one of the few expatriate groups that is actually expanding in Kyiv. This growth is also due to European Union countries expanding their embassy staff levels because of the new Association Agreement between Ukraine and the European Union. If your property matches their criteria, embassy staff are generally reliable tenants. There is even an investment fund to invest in this sector, which offers reasonable annual yields with the potential of capital growth in excess of 50% over 5 years.

The second area of interest is the agricultural sector. Used, abused and under-invested since before independence, Ukrainian agriculture is still under-producing by factors of 4 to 6. Foreign investors and local oligarchs have also invested in agricultural holdings without having the technical knowhow to develop their assets, leading to further losses in value. As a result, agricultural holdings are currently cheap. If you choose to invest in agricultural holdings and the land they control, with good agricultural technologies and management you can expect yields approaching 20% per year, while the value of your holding will also be enhanced.

About the author: Terry Pickard (This email address is being protected from spambots. You need JavaScript enabled to view it.) is the founder and Chairman of Pickard, a real estate agency that has been operating across all sectors of the Ukrainian property market for over 23 years and currently represents Newark Grubb Knight Frank in Ukraine.